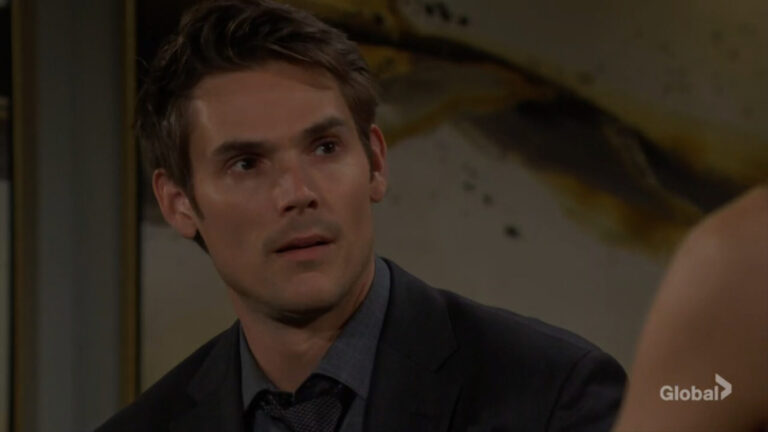 This week has  Victor making a power move, Ashland’s plan backfiring, as Chelsea considers a new role and Phyllis loses her cool. Check out the Y&R spoilers from the week of June 27-July 1.

Elena comes to see Tessa and gives her a second opinion.
Tessa’s worried she won’t be able to sing after surgery.

Allie agrees to work for Jabot, when she had second thoughts.

Summer’s plan to help Phyllis backfires.
Diane and Phyllis go at it.

Billy calls Victoria about some secret her family is keeping.
Ashland replays his conversation with Victoria when she dumped him.

Adam asks why Victoria is returning and Nikki lets him know she’s not sure. He may be there to ream out her father for his interference, for all she knows.

Imani and Amanda have a meeting with Lily.
Elena and Nate have sex in their bed before she leaves.

Allie and Jack talk about her interest in Noah.

Victor connects the dots about Ashland.

Victoria details what she did to Ashland to her family.

Adam is disgusted with Victoria and the whole family.

Phyllis lets Diane’s machinations get to her and they squabble.

Jack overhears Phyllis and Diane get into it and seems to side with Diane.

Phyllis pulls Allie aside and digs for information.

Sally asks Chloe to come work for her at Newman Media.

Chelsea makes a confession. She wants out of the partnership.

Chloe and Chelsea agree to part ways as business partners.

Victor finds Billy in Victoria’s office and they have words.

Nick and Nikki discuss him going back to Newman Media.

Ashland sends Stannis out to follow Victoria and dig into what Adam and Victor are up to.

Nikki unloads her problems on Jack.

Jack talks to Sally about how Adam can get when he wants revenge.

Sally questions her future with Adam.

Nick decides he wants to go back to Newman.

Ashland has a meltdown after meeting with Adam.

Chelsea asks Billy for a job.