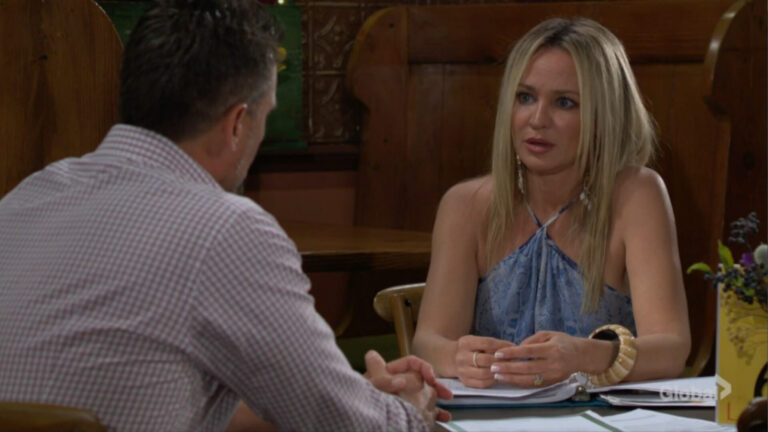 Victor continues to cover his tracks, Nick turns on the charm, and Victoria opens up to Billy.

Monday’s Y&R recap: Phyllis and Jack have a bitter fight

Mariah supports Tessa while she recuperates.

Family has a little party for Tessa to welcome her home.

Phyllis and Summer are interrupted in the park by Diane, and fighting ensues.

Jack intervenes and he and Phyllis start up.

Jack admits he loves Phyllis so much but he can’t do this, when it hurts others.

Devon and Nate get into it about work.

Nate and Elena have sex after she returns from Hawaii.

Tuesday’s Y&R recap: Adam eavesdrops and his father gives him a warning as Chance digs into Locke’s death.

Kevin’s brought in by Chance to help figure out what happened to Locke.

Kevin thinks they need a mechanic to figure out what happened with Ashland’s car.

Sally goes to Nick to tell him she’s going to remain at Newman.

Noah goes to Victor when summoned, and Adam eavesdrops.

Noah’s career is in jeopardy.

Amanda keeps the peace when Nate loses patience with Devon.

Nick worries to Sharon about what his dad is up to.

Ashley’s pissed that Diane showed up on  their doorstop again.

Diane opens up to Jack about faking her own death and earning a right to be there for their grandson.

Sally tells Nick it’s important to her that she has the full story about Locke before posting.

Sally runs into Adam and tells him no man is worth a job, that she kept her CEO position.

Adam and Kevin discuss the car crash that “killed” Ashland.

Ashley goes to Phyllis and Nikki to discuss their plan to oust Diane from GC.

Nick tells Sharon all about Locke’s death being a cover up at his father’s hands.

Devon offers his jet to his girlfriend.

Chance tries to get Kevin to keep quiet about his police work in front of the wife.

Billy comes home from his trip early to be there for the kids since he learned Ashland died.

Billy goes to Victoria to see how she is.