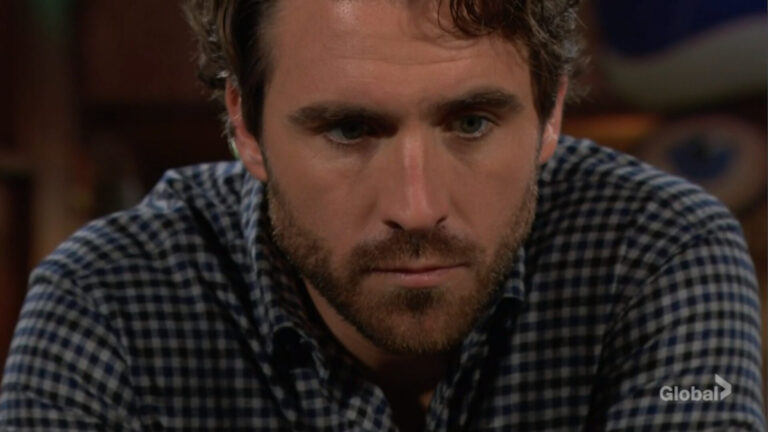 Kevin has something to show Chance and tells him, “It’s a game changer.” Devon yells at Nate in Crimson Lights. “Yes, my rules, Nate. Who do you work for? You’re my COO. I do not understand that.”

Nate in turn says, “You’re getting all worked up. What are you going to do? Punch me again?”

Victor challenges Chance, Chelsea goes to Victoria to ask if she will allow her to tell Johnny that she’s his biological mother so that Connor and Johnny will know they’re half-siblings.

Victoria’s resistant. Lily tries to keep the peace and Nikki keeps digging for dirt on Diane.

We have a few new faces coming to Y&R.

Take a look at the Y&R summer comings and goings to read more about one investigative reporter and a familiar soap vet who has joined the CBS soap.

Victor gives a scenario to Chance that has him reeling.

Sharon talks with Tessa about the job offer at Marchetti.

Phyllis and Diane start working ‘together’.

Summer and Phyllis have their first expense-paid dinner.

Faith buys a lot of stuff for her move to the dorms at school.

Sharon admits it’ll be quiet at home by herself.

Sally tries to get information out of Chance to no avail.

Sally has it out with Adam.

Adam gets flak from Chance.

Chelsea teases Billy about being old.

Nick worries he’s off to prison and asks Nikki to get Michael Baldwin on the case.

Victor gives the Newman’s an ultimatum.

Lily worries about the friction between Devon and Nate.

Noah learns that his grandpa just wants to protect him.

Summer sees her mama and Nikki sitting together and wonders what’s up.

Phyllis and Nikki meet with Talia Morgan, the L.A.-based investigative reporter (played by Natalie Morales) who is intrigued by Diane’s return from the dead.

The women are encouraged since Talia wants to do an expose on Diane. They’ll soon find themselves in the middle of a shocking scandal.

Someone learns Talia’s investigating and interferes, previews Josh Griffith, in an interview with Soap Opera Digest.

Nikki tells Phyllis, “I told her about Diane’s resurrection.” Talia says, “I became very interested. I sensed that would be a fabulous story for my magazine.”

Diane asks Jack out to dinner to talk about her job performance.

Elena and Devon have a chat.

Diane makes a promise to Jack.

Lily tells Devon about Nate’s new idea that she likes.

Lily goes off the handle when Billy talks about the podcast being more creative. She thinks he wants to do that fulltime.

Billy and Victoria commiserate with a drink at Dive Bar.

Chelsea and Victoria revisit their past about Johnny.

Vicky reacts to Chelsea’s request about telling Johnny the truth.

Abby is upset with Chance over his work.

Friday’s Y&R recap: Diane and Jack get close and she thinks of kissing him

Chance goes to the ranch to question the family once more.

Chance drops the Locke case. He sees no reason for anyone to stand trial for the death of a man who wasn’t murdered.

Billy tells Chelsea that his issues with Victoria were all him.

Diane talks to Jack about her feelings.

Nick struggles with his actions.