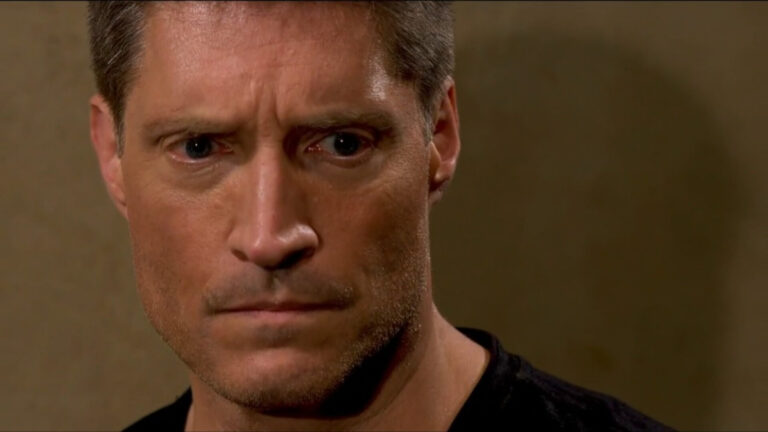 In this episode of CBS’ The Young and the Restless, Kyle and Summer lay down the law with their moms, Imani thanks Nate for his support, and Diane is warned that her secrets can’t be protected much longer. In the previous episode, Sally told Adam they were done after he confronted her for having sex with his brother, and Kyle proposed to Summer again.

Diane and Phyllis join Summer and Kyle at Society. The mothers put on happy faces. The kids didn’t ask them there for fun.

After they all sit down, Kyle says they want peace and productivity. Diane and Phyllis want that too and even claim to be on the same page.

Summer is glad they are saying the right things, but they need to back up the flowery words with actions. No more undermining each other and coming to them with complaints.

Their mothers start rehashing accusations and their kids declare they are done refereeing the feud. If there is one more incident, they are both out, regardless of who causes it.

Diane complains that’s unfair. Phyllis echoes this. The kids repeat there will be no excuses. If they can’t interact, they shouldn’t have their jobs.

The company is in huge transition, and they don’t need distractions. They want them to succeed but there will be no more allowances for their behavior.

Diane knows this has been hard for them and promises not to put them in the middle anymore. Phyllis promises to cause no more stress. They assure them they don’t need to give this another thought.

Once the moms leave, Kyle hopes this is over. So does Summer. Sitting back, they talk about their vow renewal and kiss.

Phyllis goes to the Crimson Light patio and calls Nikki, hoping she’s getting dirt to drive Diane out of town.

In Los Angeles, Nikki meets with Talia and tells her she’s there on behalf of the people of Genoa City to rid them of Diane.

She will be meeting with Deacon to get some dirt. Talia hopes she will share it with her for her stories. Nikki asks if she will be able to start the series again after the editor mysteriously shut it down.

The journalist is planning to make it into a book if the magazine won’t take it.

She senses this is personal for Nikki. She’s talking tough and Talia wonders what she thinks will really happen with Deacon today.

Nikki has no specific expectations. Deacon is manipulative and self-serving, and she has issues with him. She just needs to focus on her goal of exposing Diane.

Talia thinks it sounds like he could knock her off her game and reminds her she was married to him. It might be wise to talk this out before she sees him.

Nikki agrees to do that off the record.

Sitting down, Nikki admits that Deacon was around when she was drinking, and he took advantage of that. She flashes back to him helping her on and off the wagon.

It was all too much for Victor, who moved on with Diane until she supposedly died after Nikki hit her with a rock.

She claims she hardly knew who she was in that period. When she climbed out of that hole, she never wanted to look back. Today, that is exactly what she has to do.

Talia commends her for her strength. Nikki says talking this out has helped. She flashes back to some of the good times with Deacon.

This has all reminded her of who and what Deacon is. She can’t be complacent. That’s when you get into trouble.

Once she’s alone, Nikki sends Deacon a text, asking him to meet her at her hotel.

Diane stops by Jack’s office at Jabot and apologizes for putting him in the middle of her issues with Phyllis. She feels bad for forcing her son to mediate her issues with her old enemy.

He worries that she and Phyllis are enjoying their war. He knows what that’s like because it’s what happened between him and Victor. She’s touched that he’s concerned for her.

Jack has tried and failed to get through to Phyllis. He hopes the same won’t be true of her. She promises things will be different from now on.

After she walks, she gets a text from her contact warning her that Talia’s editor can’t be held back much longer.

Nate finds Imani moping at Crimson Lights. She tells him her dad collapsed and had to be hospitalized. All the stress has been too much for him.

Now she has a knot in her stomach that won’t go away. He offers to call her father’s doctor.

She stands there and he makes the call. When he gets off the line, he assures her that her father will be fine after some rest. She’s relieved it isn’t life-threatening.

He urges her to go and see her dad. It will make her feel better. She thanks him and hugs him, saying he’s right. He’s sure Devon would want her to use the jet.

Imani tells him how calming he is and how lucky she is that he’s always there. He’s happy to help and have someone to confide in.

They vent about how frustrating Devon is. She tells him how great his instincts are and how right he is to think big and bold. She doesn’t want Devon undermining him.

He assures her his confidence has not been undermined. She hopes he reconsiders his resignation and will return to reap the rewards for his idea. He tells her they are in tune.

Nate admits that walking away was premature. There is still a lot he wants to do at the company. He plans to be back there by the time she returns.

In Victoria’s office, she and Nick go over some business. After she shuts the door, she tells him she’s got some huge, possibly lucrative information.

She’s learned from a reliable source that Chancellor-Winters are planning to go public. She thinks Newman should grab as much stock as possible and secure control of the board.

Nick asks if she got this from disgruntled Nate. His sister fidgets with her hair. He’s worried this is extremely vindictive. She admits he wants to be CEO.

Nick is shocked. She doesn’t see the big deal. Nate has learned and is jumping on an opportunity. Nick complains about ethics, and she waves that off. He worries Lily and Devon will take this personally.

He wonders if this has something to do with Billy. She admits she’s made some calculations. Her brother wonders if she wants her ex to have to answer to her.

She insists this is all business, but he doesn’t buy it. He thinks this is financially dangerous, and at a time when she just went on a huge spending spree.

Victoria will run this by their parents, but this is ultimately her call. This is the kind of move their father would have made. It was hard for him to let go of Chancellor and now they can get it back.

She calls Nate and asks to meet.