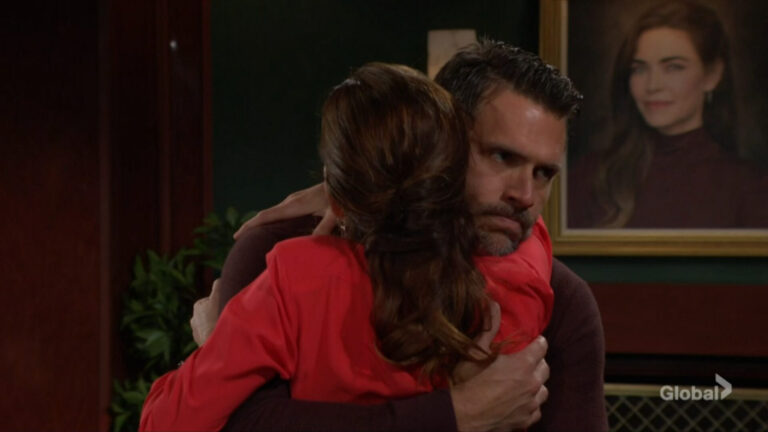 In this episode of CBS’ The Young and the Restless, Imani razzes Elena about being tired all the time, Nikki cries over losing Victoria, and Nick decides he’ll support his sister. In the previous episode, Diane cried during a chat with Jack when Summer rubbed her news about Marchetti in Sally’s face and Locke faced off with Victor.

Lily, Nate and Devon are in the middle of the meeting about the launch when Billy strolls in to Nate’s condo. They talk about how the music and promos were cleared for the launch. Nate says and Billy asks Lily to talk in private. She’d rather not but he takes her aside. She asks him to focus on the launch instead of his ex.

They get back to the meeting and Nate wants to go bold with the attention they’ll be getting tonight. Talk about their podcast. Lily agrees with Devon and doesn’t want to go into details. Devon takes a call and he and Lily go find some paperwork while Nate tries to get Billy to side with him.

Billy says everything is above his pay grade. Devon barks at someone on a call about the editing that needs to be done.

In Crimson Lights, Amanda asks Imani who she’ll bring to the launch party. Imani thinks she’s trying to get her to focus on anyone but Nate. She looks over at Elena and asks what her sister thinks will happen. She watches Elena yawn. “After all, it’s not as if she has any reason to feel threatened.”

Elena goes to their table and asks after their mama. Amanda says her v-fib is under control. She notes how tired Elena is. Imani admires her. She thinks Nate will understand if she misses the launch party. Elena just needs a nap.

Imani calls it a sacrifice but Elena’s looking forward to it.

At Society, Nikki worries about Victoria not making the best choices. She makes herself crazy trying to figure out what’s on her daughter’s mind. Victor tries to get her to relax but it doesn’t work. She finds it illogical.

Victor wishes he’d wiped off the smug smile on Locke’s face when he told him that there was nothing he could do to stop them. He punches his hand for effect. He fills his wife in on the meeting with Locke. Nikki tears up. She doesn’t think she can let Victoria go.

She tears up. What if Vicky doesn’t forgive them? He has an idea. Vicky won’t walk away from her company. He’ll make an announcement about Adam becoming the new CEO. He says Nikki will stay co-CEO and can rein in Adam when the time comes.

Nikki refuses. She should instead go back to COO and let Adam do what he will. Victoria won’t be able to walk away. They appear self-satisfied with their idea.

Y&R opinion: Phyllis slides into pettiness and Victor is a user

At the office, Victoria packs her things and recalls looking at the new portrait from her father. Nick appears. He was hoping to catch her before she left town. He’s not there to try to stop her. He has to accept that this is what she wants and needs.

“Thanks,” she says, her voice dripping with sarcasm.

Nick admits he’s afraid he’ll never see her again. They talk about how much their father gave them growing up, about competing for Newman Enterprises. They learned from the best. Nick calls them the best team. He’ll always be there for her. Still, he’s worried she’ll get hurt. Victoria just wants him to support her.

Nick knows. They talk about how badly their mom didn’t want him to marry Sharon but  Vicky knew how happy she made him. It was the same with Billy and her. It’s her life. Victoria knows. This time, she chooses Ashland. Nick agrees to support here, but he doesn’t understand it. He loves her. She smiles at him. They embrace.

Lily, Billy, Devon and Nate arrive at Grand Phoenix. Phyllis is on a business trip, Crystal says. She’s got everything in the ballroom ready for them. Billy congratulates them all as the guys go do a soundcheck. Billy wants to talk but Lily doesn’t want to.

He thinks she’s avoiding but she’s got a lot on her plate. She thinks he should respect his ex as a woman and mother.

There’s no reason to change the custody agreement. She thinks it’s an excuse to interfere. Lily thinks he’s micromanaging her like everyone else. Billy can’t stop worrying about her, especially after what he put her through.

He’s concerned for the kids. Lily doesn’t buy it. If she’s making a mistake, it’s hers to make.

While she doesn’t think he has feelings for his ex, she thinks he’s overly involved. She yells to let it go. He hears her and doesn’t want this to come between them. He knows she loves him. Lily relaxes some. Billy will listen to her. They both know he’d be a fool not to. The team pat each other on the back before they take off to get ready for the party.

At home, Elena thinks of Imani’s words. She looks in her compact and realizes she does look exhausted. Someone calls and she groans. “You’ve gotta be kidding me.”

At Grand Phoenix, Amanda doesn’t like that Imani put in that dig at Elena about how tired she is. Imani says she’d want to know if she looked that tired. She admits she’s going to the party with some guy from marketing. Later, she and Nate talk about the launch. He’s proud.

It’s everything Lily and Devon wanted. He complains about he and Devon not sharing the same focus. He wants to show how innovative they are and Devon and Lily are more conservative.

Imani sides with Nate and Billy just goes along with the others. Amanda watches from nearby, seething.

Nate arrives home and Elena sadly shares that she has to work. Two doctors called in sick. Nate gets it but she’s upset. They kiss and agree to celebrate after.

At home, Amanda and Devon are ready for the party. She congratulates him and knows Neil’s smiling down on him. They kiss. He thinks tonight will change everything.

At the office, Billy and Lily are ready for the party. He finds her gorgeous and gives her an amethyst ring to show how much he loves her and is committed to her. She loves it and him. They kiss. He professes his love and says he’ll let go of his past and focus on his future. With her. She’s grateful.

Traci and Ashley tell Allie that their lives are an open book. She can ask anything.

The party begins and Jill is home. Everyone hugs her.