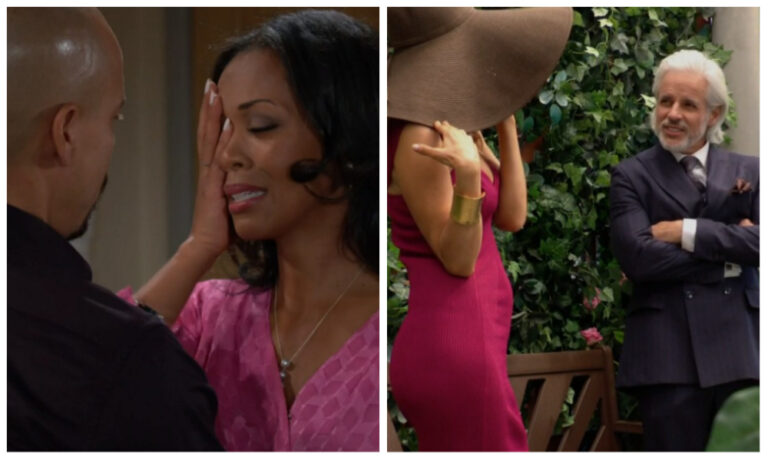 In this episode of CBS’ The Young and the Restless, Imani encourages Amanda to be with their mom, Elena does something to annoy Nate, and Michael prods Diane for details. In the previous episode, Adam confronted Victor with his suspicions, and Victor ordered Michael to bring Victoria back immediately.

At the Abbott estate, Jack isn’t surprised but he’s a bit disappointed that Kyle has decided to leave Jabot to run Marchetti. 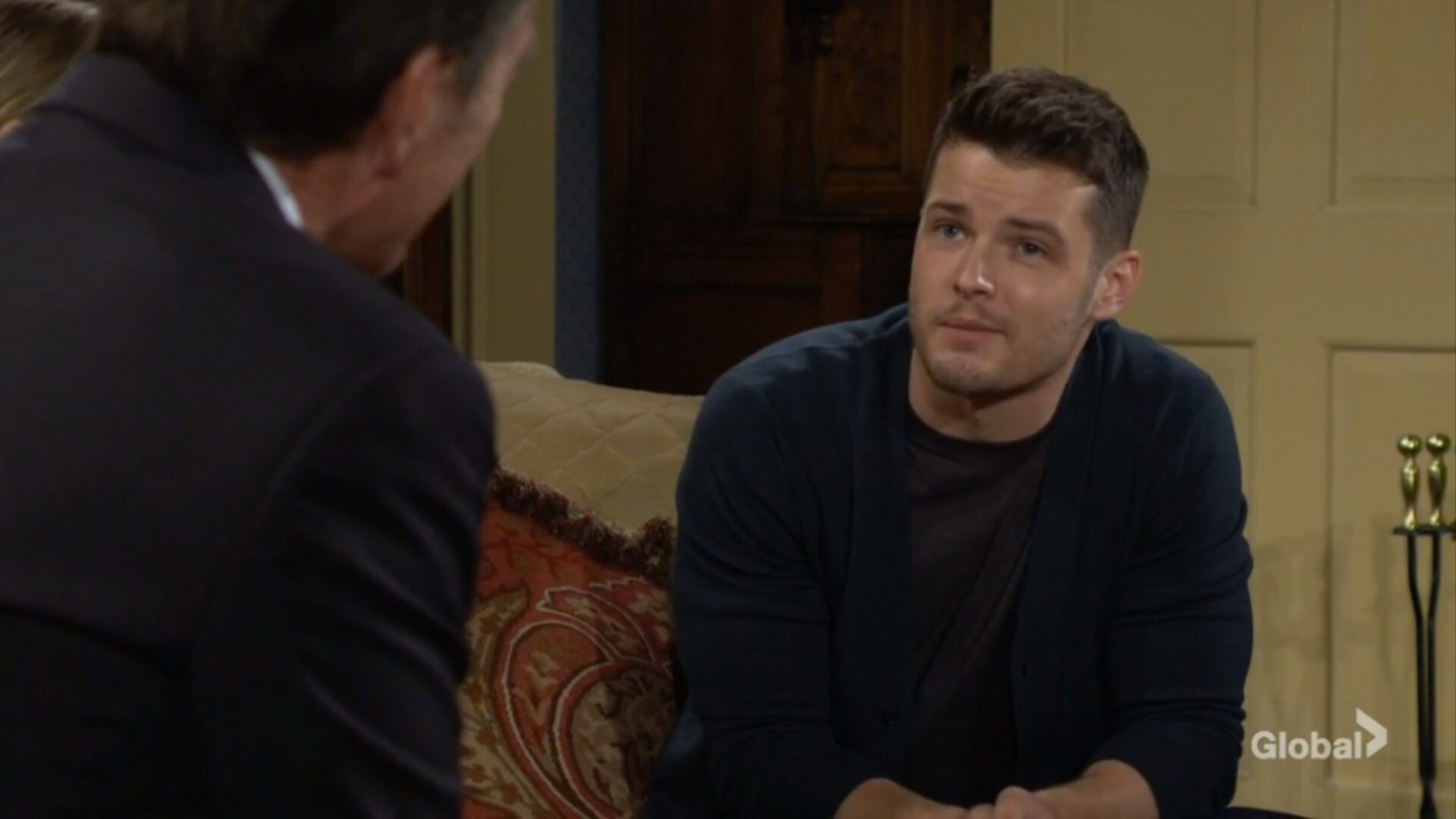 Working with his son has meant the world to him. He thinks they’ve grown closer because of it. Kyle tells him they will find plenty of time together outside of work.

Jack is thrilled for him. He can’t wait to see him spread his wings and soar. They chat about business and Jack wonders when Phyllis will be getting back. Summer says her mom is now willing to drop her hatred of Diane. He hopes it’s true but doubts it.

She wants to know what happened between him and her mom. Jack won’t explain. It’s not something she should be worrying about. He takes off and Summer wonders why he is still being so evasive. There’s something their parents are hiding from them.

As she paces, Kyle tells her he hates to see her tied up in knots. She’s still skeptical that her mom is going to be civil to Diane. She assumes that Phyllis will return with a plan of attack.

Michael meets with Diane in Chancellor Park. He quizzes her about her time in LA. She assures him she was an upstanding citizen. They talk about how people can change and recall his time in prison. He also brings up his brief time in a Preuvian jail.

When he investigates someone he is very accurate and thorough, he warns. Diane says she has nothing to hide from her life as Taylor Jenson. It was the quietest time of her life and her soul couldn’t have handled anymore bad behavior. Now she’s ready to prove she deserves a place in her son’s life.

Phyllis eavesdrops from behind a pillar.

The lawyer urges Diane to be patient. If she keeps being the best version of herself, people will have to acknowledge she’s changed. He reinvented himself too. That was a long and hard journey but it was worth it.

They chat about their aspirations and their personal lives. She’s not saying anything about the latter and insists she had no time for romance in LA.

Jack wanders by and notices they seem to have fallen back into their old friendship. Michael is sure if more people listened to her the way he does, they would come around.

Jack informs Diane that their son has some exciting news. She thanks him for letting her know and heads out. Michael is enjoying Jack being so open to Diane. Jack hopes she’s changed for his son’s sake but time will tell. 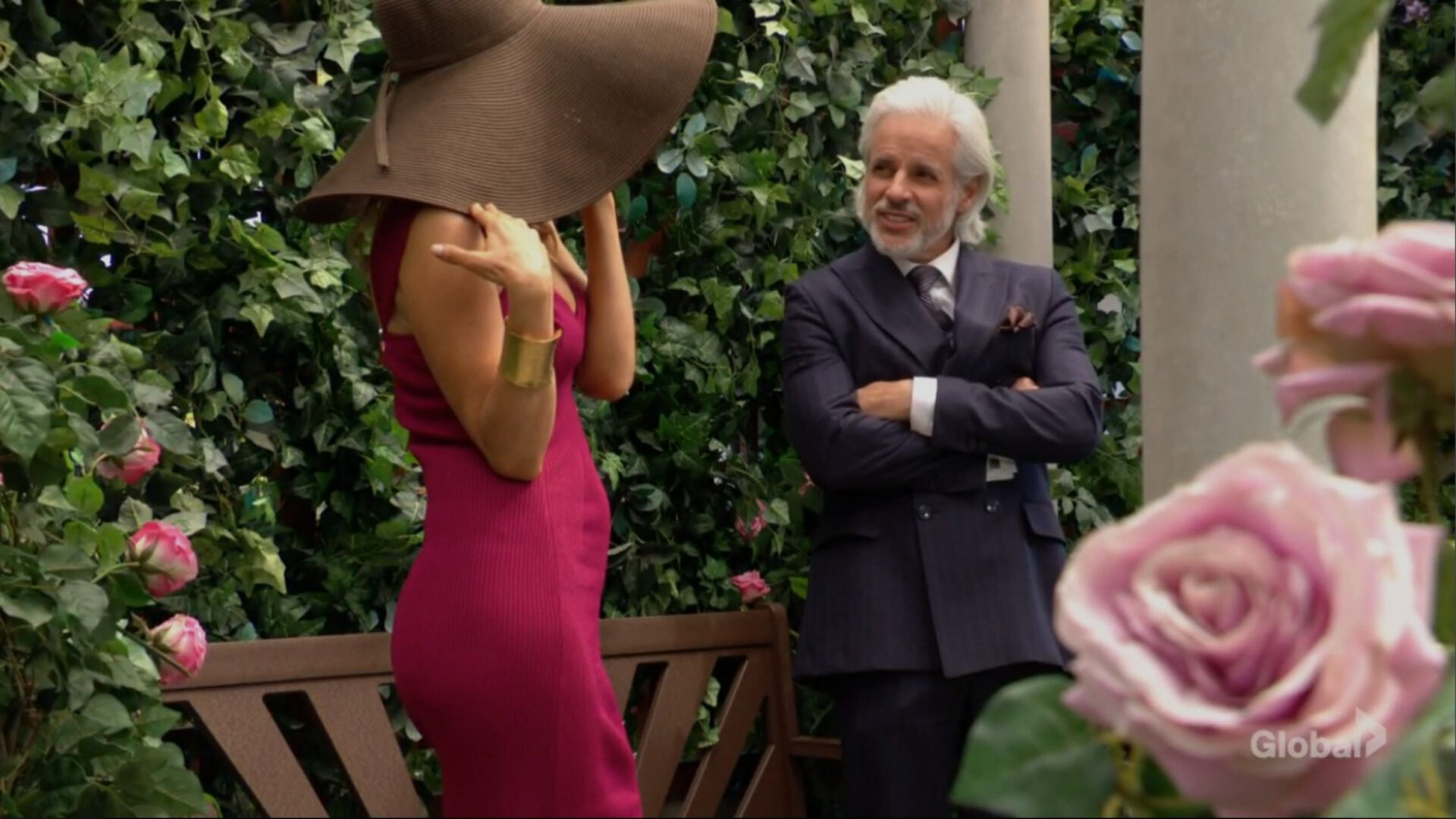 Once the Abbott leaves, Michael calls to Phyllis and tells her she can come out now. She comes out and he asks her what’s going on. Phyllis says she was just getting the lay of the land.

Michael tells her to stop acting like the crazed stalker from an “I Love Lucy” episode and accept that Diane has changed. She refuses to believe that. He reminds her of her past. She thinks her deeds were just faux pas.

The lawyer tells her that if Jack can stop himself from being consumed with anger for the sake of his sanity, so can she. Getting distraught, she says she knows exactly what she has to lose because of Diane.

Michael reminds her that her daughter and Kyle will be in constant contact with Jenkins. Does she want to force her daughter to choose between her and her husband?

Diane drops by the Abbott estate to learn the news. Kyle informs her that he is becoming the CEO of Marchetti. Summer gets a text from her mom asking to meet. She makes an excuse and exits.

Diane tells her son how excited she is for him. She doesn’t want to miss another important moment in his life again.

As he is about to step on the elevator, Devon bumps into Elena in the hall. He remembers he forgot his tablet and ducks back into his penthouse. She helps him look. They chat bout her job satisfaction. She gets a call and he can see she’s in a good mood.

Elena heads back to her penthouse and is surprised to see Nate is there. He wanted to grab a bite with her before he heads back to the office. She thinks that’s sweet and tells him she was asked to speak at a medical convention next week.

He congratulates her. It’s in Hawaii so she was wondering if he could come for a mini-vacation. Nate’s not sure that’s a good idea, even if it sounds enticing. The timing is rough.

She already talked to Devon about it when she bumped into him earlier. He really wishes he’d talked to him before Devon. Elena repeats it wasn’t planned. Devon was just there.

Nate tells her how hard he is trying to look professional. His girlfriend asking to take him on a trip doesn’t look cool. She apologizes but thinks it sucks their jobs keep getting in their way. He looks forward to them getting away when the time is right.

Imani joins her sister at Crimson Lights. She just got off the phone with her father. “It’s mom,” she says, explaining she had a stroke earlier and is in stable condition in the hospital.

Amanda suggests they go but her sister says there are no visitors allowed right now. They’re both shaken up about this. Amanda is sorry if she’s downplayed her feelings in the past but Imani assures her none of this is her fault. They can stay positive together.

Amanda is almost crying. Her sister says they are lucky their mom will have lots of in-home care. They can plan to visit her. Amanda bursts into tears. She waited so long to find her mom and her condition just keeps getting worse.

Realizing how precious life is is really hitting her. Imani suggests she try spending some quality time with her to make it count. This is her chance to make up for lost time.

In her heart, Amanda wants to go but with work it’s a problem. She’ll have to be satisfied with day visits. Her sister pushes her to do more and offers to take care of things at work. Reluctantly, Amanda agrees to think about it.

Amanda goes home and meets with Devon. She sobs and he tells her he will get her anything she needs. When she suggests she wait to spend time with her mom, he tells her she shouldn’t wait. Family should come first.

Elena drops by Crimson Lights and tells someone on the phone that Nate can’t make it on her trip. Imani listens in and thinks.

Summer meets with her mom at the Grand Phoenix. Phyllis is eager for all the news. Her daughter tells her the Marchetti deal has gone through so they will be home for good.

Giving her a hug, Phyllis says that’s great and asks about Jack…Diane. Summer says there is harmony in the Abbott family, but she’s worried her mom will wreck the peace. “I’m flat-out warning you, don’t,” says Summer.

Speaking slowly, Phyllis insists that she is planning to put her anger behind her and be “very zen” about the situation. Her daughter wants to know what happened with Jack before she left town.

“We’re all going to hit the reset button,” Phyllis insists. Summer says if that’s true, they should go and tell Diane that right now.