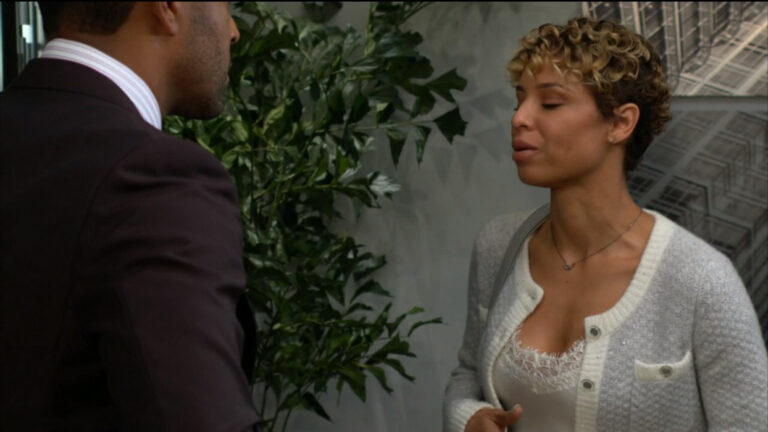 In this episode of CBS’ The Young and the Restless, Nate and Victoria reassure one another about their scheme, Billy has words with Chelsea about Johnny, and Audra and Allie taunt each other over Noah. In the previous episode, Ashley turned Tucker down, Nikki fished for information from Audra, Kyl confronted Diane, and Audra and Tucker schemed.

Audra corners Allie at Crimson Lights and guesses Noah is too busy to be spending time with her. Allie says they are both hard at work and spend lots of time together.

After getting coffee, Audra insists on joining her and digs into how she met with Noah.

“Cute,” she says, warning her about how moody Noah can get. Allie tells her that Noah she knows is upbeat and hilarious. He’s an amazing boyfriend.

Audra shakes her head and forces a smile as Allie goes on about all the love and authenticity he’s surrounded by. She suggests Audra never really appreciated him and thanks her for driving him back to where he belongs.

“I see right through you,” she says.

Audra claims she is thrilled he’s found someone new. They were volatile together and burned out, but it sounds like there is no electricity between he and Allie at all.

Mariah and Tessa stop by Noah’s club to make a reservation. They notice he’s not his snarky self and wonder what’s up. He explains Audra, his ex from London, has popped up.

He explains that she’s claimed she’s there for business. Mariah already doesn’t like her and thinks she should go.

Tessa doesn’t think Audra is a threat. Noah isn’t heartbroken anymore and he’s got a life. That should leave her powerless.

They tease him about Allie and he says she’s a gamechanger. They think she’s amazing. She even laughs at his jokes. He still suspects Audra could be trouble.

They want an explanation so he just says she can be very strong-willed and spiral emotionally, doing anything to get what she wants. Mariah is eager to get her out of town.

Allie joins them and fills them in about her little run-in with his ex and how passive-aggressive she is. Mariah threatens to sort her out, but Allie insists she’s got this. Audra doesn’t worry her.

Chelsea goes to the park. Billy corners her and accuses her of camping out, waiting to ambush his son. She is offended. He reminds her that he and Victoria have warned her about this.

She insists they respect her biological connection to Johnny. He thought they were all on the same page but she keeps pushing and freaked out his son.

She’s sorry about that but is proud of him and how he’s dealt with things.

She thought he was putting him first by showing him compassion. He doesn’t know how painful it is for a child you carried to not return your affections.

This is ripping her up inside. She doesn’t want to be chastised. He tells her to give the kid some space and suggests she’s feeling lost and looking for balance.

She accuses him of being just like Adam by suggesting she’s using her kids.

Billy makes it clear he doesn’t think she’s a bad person, but he will do whatever it takes to protect his children.

At the Newman office, Victoria tells her brother that their father has assigned Michael to dig into what Tucker has in the works.

They worry that he might be out to take the company since Katherine slighted him in her will. Do they want to fight him over something he sees as his birthright?

She’s nonchalant and says they haven’t broken any laws. Her brother says they should focus on all the companies they just acquired.

Victoria says they have no time. He worries about her motives and what they could lose.

At Chancellor-Winters, Devon admits to Lily that he’s having second thoughts about rushing going public.

He’s not enjoying the thought of his father trying to steal their company. She hopes they are wrong about him, but they need to take these precautions to protect the company.

Elena meets with Nate at the penthouse, he tells her how much he misses her. They have so many happy memories there. Even when she’s not there he imagines them getting cozy on the couch.

He reminds her that this is their home, where they put down roots and tried to build a foundation. He wants to fill that place up with all the chapters of their story.

They have beat every other challenge and can get past this too.

“Please come back home,” he begs, telling her that he hasn’t changed. Their career paths have diverged but they should trust each other to make the right decisions in their professions.

She’s not sure she can leave work outside their door. He urges her to have faith in their love. 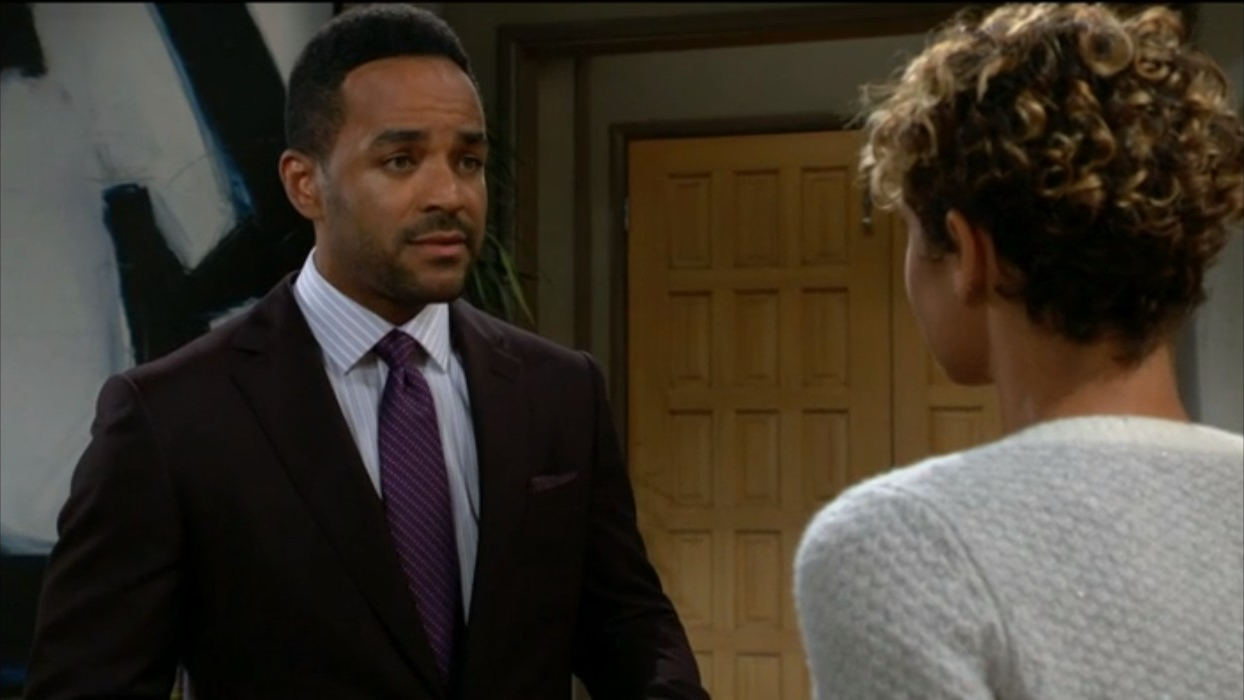 Victoria interrupts. She starts apologizing for doing so but Elena takes the opportunity to leave.

Victoria tells Nate that if he needs to back out, now is the time because that window is about to close.

He assures her he has everything in control and was just trying to get his personal life back on track. That’s a relief to her. What they are about to do will require his full attention.

He wonders if she is having second thoughts. She admits she pondered it, but then recalled that Katherine left her company to Victor. She wanted him to be her successor, so she feels justified in being true to her wishes.

Victoria finds Elena at Crimson Lights. She knows Nate filled her in about their plot and is sorry if it’s caused any problems in their relationship.

Elena wonders if she’s really sorry because it doesn’t look like it. She suggests she doesn’t care about the collision course Nate has set for himself.

Victoria claims he’s just learning to play the game. Hearing her call this a game is all Elena needed to hear. She walks off.

Billy is startled when he bumps into Esther at work. He’s thrilled when she tells him she’s the new receptionist.

She shows him into Lily’s office and drops off some papers. Lily is surprised he cares about who they’ve hired given his feelings about working there.

He assures her he won’t leave her high and dry and will slowly walk away when the time is right. He just hopes this won’t damage what they have.

She assures him all will be well. He is sure this will be good for them. They flirt and kiss and he promises to keep his plans quiet.

Audra arrives and Devon and Nate file in. They discuss emails and their plans to launch ahead of schedule.

Devon still looks skeptical. He wonders what Katherine and Neil would think. Billy thinks they’d tell them to go big.

After they rehash the plan, Elena barges in. Nate suggests she wait in his office but she won’t go and asks to speak to him alone.

When they step into the hall, she admits it would have been easy to expose him, but she couldn’t do it to him. Instead, she’s leaving Genoa City…forever.

He’s confused. She’s planning to transfer to a hospital in Baltimore. It’s not a done deal but very likely.

Nate reminds her they were just discussing getting back to each other. She says it would have never worked. She can’t ignore what he’s doing to his family.

He begs for one night but she’s leaving now. This is her saying goodbye.

“It’s over,” she says. They have no future and it would be cruel to pretend they do. Nate objects but she won’t change her mind. She still loves the man he is deep down, but the person he’s turning into is not someone she wants in her life.

Sniffling, she kisses him and walks off. He sighs.

Once he returns to the meeting, he tells Devon and Lily there is something he needs to tell them in private.

Back at Newman, Victoria corners her brother and tells him they will be moving full-speed ahead with her plans for Chancellor-Winters.