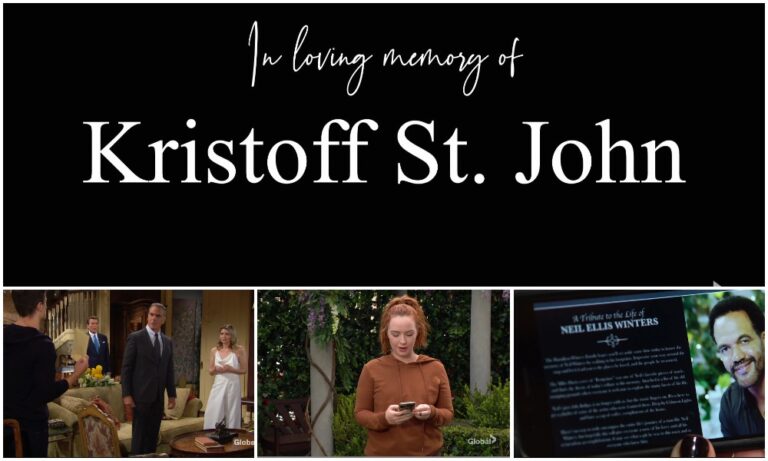 Y&R has always maintained having the most reserved characters, stuffy upper-crust Genoa City citizens, and they used to pull it off really well. They used to also have catfights, and characters raised their voices. Some even yelled. Jill and Catherine yelled so often in the 90s that I’d hide out while my mother watched. But now it’s a former shadow of itself and the scenes that we expect drama in are, well, not very dramatic. When I ask my mum’s point of view on the show today, she inevitably rolls her eyes and starts out with a, “tsk” sound, before telling me how boring it all is. Y&R, I beg of you, please give us our drama back. And give us Nate and Imani.

Most want Tara killed off or recast

That’s a big problem when the reason isn’t that the character is too nasty or too bland. She’s just robotic. Her dialogue to her speech pattern is not soapy in the least. The audience can’t tell if she’s a sociopath or a demure socialite from the 1800s.

Nobody can see how it’s even plausible that Kyle and Tara would have sex. She’s not the average sexpot type that a man his age would desire. And just how many gallons of white-wine spritzer (cause you know that’s her drink) does a woman like Tara need to imbibe before she lets the Bump it out of her hair and gets down and dirty with a 20-something-year-old?

Jack moved a complete stranger into his family home on the off chance that she might be the mother of his grandson. Nobody’s seen the paternity test that she supposedly had. Nobody knows her, yet they’re helping her commit a felony. Not one person in the family is against it and nobody’s even considered that maybe Tara’s the psycho and Ashland’s just a loving father. We know he’s a cutthroat businessman who doesn’t have a lot of time for his son, but that doesn’t mean he’s a terrible father. So what’s the real story and why is the audience still in the dark? And does anyone else find it very strange that nobody has called Tara from her life in New York? Does she have no family? No friends?

Big admission: Overall, I couldn’t care less if Harrison’s Kyle’s kid or not. It’s not big drama! It has nothing to do with Summer and Kyle getting married, either. Someone should explain to Summer that she and Kyle can still get married, while she navigates being a stepmother to his possible child.

Just noticed: Kyle’s speech resembles Jack’s when he’s upset. I’ve never noticed it until now. You know what they say, imitation is the sincerest form of flattery. But if I’m honest with ya, and I try to be, I admit it makes it sound as though Kyle’s trying too hard to “adult.” We have a Jack. We don’t need two.

Y&R got me all excited when Mariah tripped in the park running and fell. I swear they’re teasing the 90%  of the audience who want the surrogate story to end by any means possible. Instead of the drama, she had a sprained arm. Sigh. Tessa warned Abby not to have a meltdown, but Abby made a mountain out of a molehill. I couldn’t blame her for it. I mean Mariah could have lost Abby and Chance’s baby and Abby’s dream would have been crushed. Instead of the Kumbaya moments, I’d love to have seen Abby turn on Mariah a little and ask her to be more careful. At least give us some reason to feel anything for this story.

I’m not a fan of standalone episodes. I crave change and my attention span is short. I was worried this Neil tribute wouldn’t live up to my expectations and I also wasn’t interested in watching a weepy episode, but this episode was perfect, from the music to the memories. It was a brilliant idea to have a memory walk that his friends and family could attend. I teared up and missed my own father, while I felt for the actors, who I imagine had a tough time filming these scenes. Kristoff St. John was a good guy and Neil was a beloved character.

Answering your biggest question: Viewers asked why the show decided to have Neil’s memorial this week rather than in February when his death anniversary was. I’ve worked in this industry for 15 years and I’ll tell you a little secret. The short answer is that it’s May Sweeps and television shows are looking to boost their ratings. It’s a gimmick. It’s easy to get viewers to tune in if there’s something to cry over. Bonus points if they can use these reels in the awards shows.