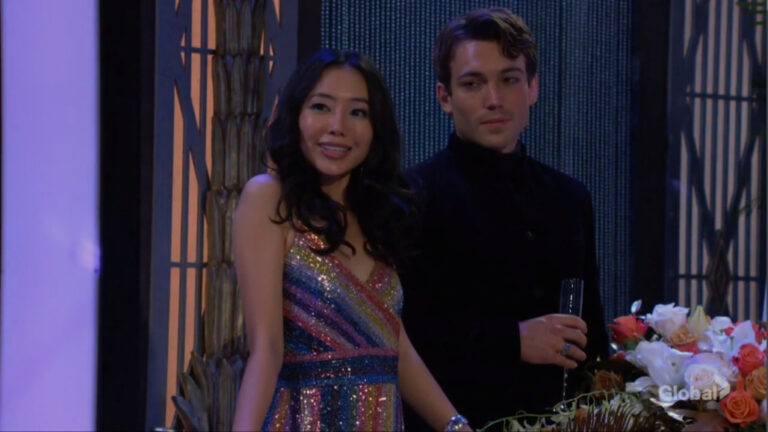 Soaps Spoilers has the scoop about which soap opera stars will be making an appearance on CBS’ The Young and the Restless and which are leaving in 2022.

Young and the Restless’ comings and goings.

Y&R day ahead recaps are live at 4:15 PM EST daily. If you’re looking for more casting notices, check out the comings & goings section for Y&R.

Kelsey Wang and Rory Gibson have been bumped from contract status to recurring.

Wang debuted as Allie Nguyen in March and has already removed “Allie on Y&R” from her Instagram bio.

Meanwhile, Gibson, who began portraying Noah in October 2021 has also removed “Noah Newman on Y&R” from his IG bio after the information came about.

Anna Khaja has been portraying Dr. Malone, Chelsea’s (Melissa Claire Egan) therapist at the mental health facility she checked herself into.

Michael Damian is making his way back to Genoa City as Danny Romalotti.

SoapsSpoilers can confirm that Jess Walton will be headed back to Y&R once again on Tuesday, November 8. She’ll be in scenes with Lily (Christel Khalil) and Billy (Jason Thompson).

We saw her last in person on Monday, June 13 when Jill Abbott returns to Genoa City for the splashy Chancellor-Winters merger party.

Tracey Bregman crosses over to Bold and Beautiful as Lauren Fenmore. Details about when to expect her in the link.

James Hyde, who once played Sam Bennett on Passions, will debut on Y&R on Friday, October 21. Hyde’s character, Jeremy Stark, will have a connection to Diane (Susan Walters).

Michael Damian’s back to Y&R

Mishael Morgan has been missing from Y&R recently, which has caused some concern that the actress had left the show. Morgan has addressed this on Twitter when asked by a fan. She confirmed that she will be making a return to Young and the Restless.

Melissa Scharpf said, “I miss seeing you on screen. Hopefully we get to see you on screen soon,” and the actress clarified, “I’ll be back very soon.”

I’ll be back very soon ❤️

Michael Graziadei is returning to Y&R. Details are in the link, along with a bio for those who aren’t familiar with Daniel Romaloti’s history, and what Graziadei’s been up to recently.

Silver has been in Code Black, Hawaii 5-0, The Mentalist, and Young Sheldon.

Melody Thomas Scott (Nikki Newman) will be doing a Young and Restless and Bold and Beautiful crossover with Sean Kanan (Deacon Sharpe) when Nikki wants to see Deacon, who helped fake Diane Jenkins (Susan Walters) starting September 20. Deacon shows up in Genoa City first and Nikki heads to L.A. the week after.

Read TV Insider to find out how the actors felt about the crossover event.

When asked if Deacon’s parole will be an issue crossing state lines, Kanan said, “(Beat) Apparently not…(Wryly) especially when all you have to do is walk across the hall. There’s a wormhole between Los Angeles and Genoa City. (Editor’s note: Both soaps tape across the hall from one another at TV City.)”

More about this: B&B fall and winter comings and goings.

Paxton Mishkind takes over the role of Billy and Victoria’s son Johnny on September 8.

Denise Boutte is a temporary recast for Leigh Ann Rose, who will appear starting Tuesday, September 6 as Imani Benedict. Rose was recast temporarily due to a scheduling conflict. She’s been recently working on Catfish Christmas as Leslie, though that is in post-production and SoapsSpoilers doesn’t have word on what else she’s working on. Rest assured, she’ll return likely within a few episodes.

According to Soap Opera Digest, Aaron Schwartz will be coming to Y&R to portray Lucas, a stranger who is working on a nefarious assignment for Adam Newman (Mark Grossman). He’ll be seen August 24 and August 25.

Some may knew Natalie Morales as one of the hosts of CBS’s The Talk. She’ll be on Y&R for a handful of episodes to portray an investigative reporter. Soap Opera Digest reports that she’ll first be seen August 17.

Phyllis (Michelle Stafford), Nikki (Melody Thomas Scott) and Ashley (Eileen Davidson) hire Talia to investigate Diane’s background to find out if there’s any dirt to use in their schemes against her.

Trevor St. John has been hired by Young and Restless to portray a mystery role. The actor has quite a few roles under his belt, namely as a popular on One Life to Live. Read more about Trevor St. John joining Y&R, when it happens, and let us know your thoughts.

Robert Newman has confirmed to his fans on Twitter that his last scenes as Ashland Locke were already filmed and aired when he died (accidentally) at Nick’s (Joshua Morrow) hands. July 22 was Newman’s last airdate. If you missed the episode, here’s an in-depth Y&R recap with photos.

Bill Sebastian is out as Stannis, Ashland’s henchman. He left town after completing his assignment to follow Victoria around Genoa City and to gain intel and report back to Locke.

Good news for Y&R’s Peter Bergman fans. The actor has signed a new five-year deal. His first debut was in 1989.

Gloria’s back in Genoa City and Judith Chapman’s first scenes start the week of June 20.

Tremayne Norris will make an appearance on Y&R on Monday, June 13 as an officer. He’ll be in scenes with Chance (Connor Floyd).

Antoine Grant will be making his way to Genoa City as Giancarlo, the man from marketing who agreed to be Imani’s (Leigh-Anne Rose) date at the Chancellor-Winters launch party on Monday, June 13. Grant has been glimpsed in soaps in the past. He most recently played an officer in 2021 on Bold and Beautiful, and he portrayed a bus boy on General Hospital.

SoapsSpoilers reported that Morgan Obenreder would return to Young and the Restless as Crystal Porter, Tessa’s (Cait Fairbanks) sister. Obenreder exited the role in 2017 and was be back May 13 for Tessa and Mariah’s (Camryn Grimes) wedding. The actress has wrapped things up on May 18, the last day of the wedding.

Kate Linder (Esther) makes a return to Y&R in the Friday, May 20 episode.

She’ll be in scenes with Chloe (Elizabeth Hendrickson). Expect flashbacks of Jeanne Cooper (Katherine Chancellor) during the hour.

Feel free to see sneak peeks of the images and storyline in our day ahead daily Y&R recap.

Sam McMurray has been cast on Young and the Restless as Dwight, who will make a connection with Esther Valentine (Kate Linder) on Monday, May 23.

If he looks familiar, it’s because McMurray has been in various movies and television productions spanning over several decades, including roles on Grace and Frankie, Devious Maids, Scandal, Desperate Housewives, and Grey’s Anatomy.

Still doesn’t ring any bells? McMurray portrayed Wes Leonard in Ryan’s Hope in 1983, and he portrayed Phil in The Edge of Night in 1979.

McMurray will only stick around for one episode.