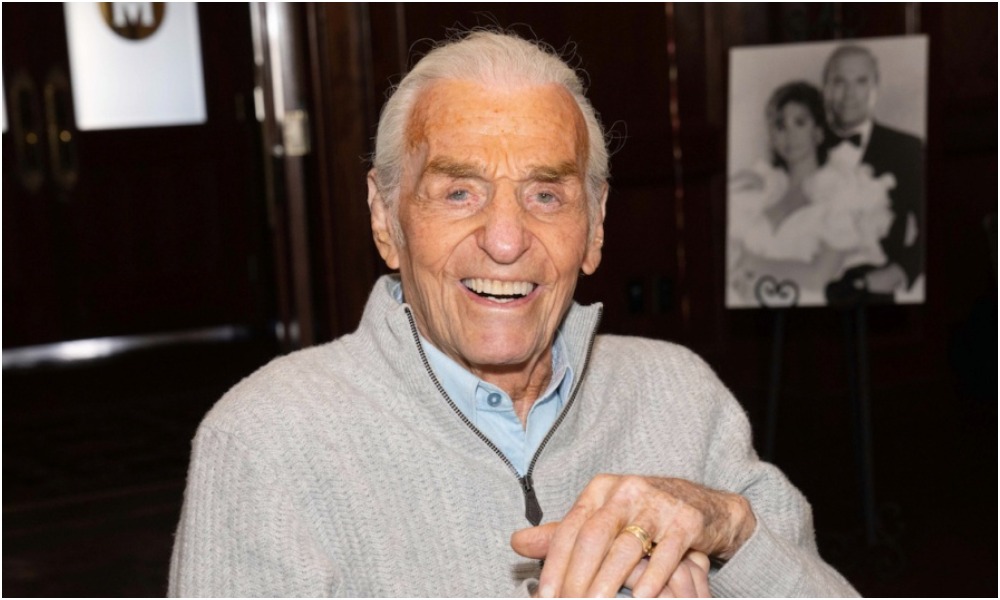 SoapsSpoilers has learned that Jerry Douglas has passed away at age 88 on November 9 after a brief illness, according to his family. Douglas portrayed John Abbott and at one point, Alistair Wallingford (2008), on The Young and the Restless from March 1982 to 2006 with otherworldly appearances up and until September 2016.

Born, Gerald Rubenstein, in Chelsea, Massachusetts, Douglas attended Brandeis University on a football scholarship, where he graduated with a BS in Economics. After eight months in law school, Douglas and then-wife, actress Arlene Martel moved to California to pursue an acting career. Douglas worked in television on series such as Mission Impossible, The Outer Limits, Gunsmoke, Dragnet 1967, Ironside, The Bionic Woman, to The Incredible Hulk, Barnaby Jones, The Greatest American Hero, until he became the beloved John Abbott on Y&R.

John Abbott was the patriarch of the Abbott family. The role was originated by Sean Garrison in 1980, then Brett Halsey portrayed the role for a short time until Douglas took over. John was the founder of Jabot Cosmetics, married Dina Mergeron, and had three children, Jack, Ashley, and Traci. Dina left John to care for their children in 1972 and soon after, it was revealed that Ashley was actually Brent Davis’ son, that Dina stepped out on John. Once the kids were grown, John moved on to date Jill Foster. They married. During their courtship, Jill had an affair with John’s son Jack, an affair that started up again when the couple was married. When he learned the truth, he had a stroke and divorced her, while he kicked Jack out of the house. Later, he moved on with Ellen Winters, and then Jessica Blair Grainger. Though she was dying, they married and Jessica passed away from an AIDS-related illness. When Jack took Jabot public, John had a heart attack. He wound up reuniting with Jill. They remarried and had Billy. Jill wound up having an affair and they separated. He moved on with Dina, who returned to Genoa City. Once that relationship ended, he fell for Gloria Fisher. When her estranged husband reappeared and wreaked havoc on their life, John and Tom accidentally killed Tom in a fight. He went to prison, and before he was released after being pardoned, he had a stroke which left him in a vegetative state. John died in 2006, but appeared occasionally to Jack and then Ashley.

In his real life, Jerry Douglas and Arlene Martel had two children, Avra Douglas and Jod Kaftan before splitting up in 1973. Douglas then met Kymberly Bankier in 1983 at a Jerry Lewis Muscular Dystrophy Telethon in Vegas. The duo married in 1985. A television host, beauty, fashion, and lifestyle expert as well as a best-selling author, Kym and Jerry shared their life together for 36 years and had one son together, Hunter. Douglas is survived by his Kym, his sons, Jod and Hunter, and his daughter, Avra.

SoapsSpoilers sends our best regards to the family, friends and co-workers of Jerry Douglas. May he rest.

This guy ❤️ Sending my love and prayers to his beautiful family @kymdouglas Jerry is missed. pic.twitter.com/bcHvkFlyVy

Please join us in sending our condolences to the family of Jerry Douglas, known for his long-running role as the iconic John Abbott on the The Young and the Restless. He will be greatly missed by the Y&R family. ❤️ pic.twitter.com/7Kihvgqiel