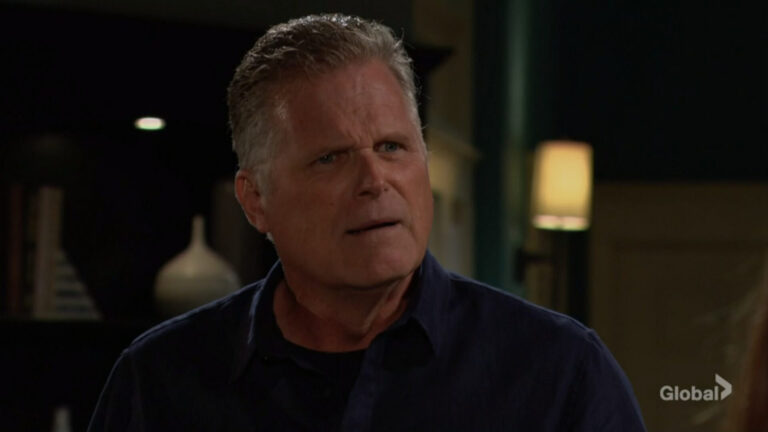 Ashland Locke, man of many identities, seems to have ended just the way he always suspected he would, with a bang.

On July 27, Robert Newman (Ashland) tweeted a farewell to Young and the Restless:

Fairwell and Thank you to Y&R!https://t.co/eJIEfz2ueb

When the disgraced mogul had lost not only his fortune and reputation but wife and son, he had nothing left to lose.

He’s been stalking around Genoa City for weeks with barely caged up energy.

This past week he was pushed too far when he was carted off to a cell after violating a restraining order that was keeping him from Harrison.

Although Adam attempted to get him on board with his own schemes to get revenge on the Newmans, he quickly grasped that Locke had lost his interest in any form of revenge that he was interested in.

Adam immediately raced off to warn his siblings, who grudgingly had to take him seriously.

Not long after, in a dark and stormy night, Locke was pounding on Victoria’s door and screaming about how much he wished he’d never saved her life.

When Nick burst in and tussled with the unhinged man, he wound up nailing him in the face and sent him hurtling for the hearth.

The Newman siblings assumed he was dead and went off to talk out their stories, leaving him time to get up and escape into the night.

Not long after, he was found dead in his car at the bottom of a ravine under mysterious circumstances.

Ashland Locke, or “the Locke-Ness monster” as Nikki prefers to call him, arrived in Genoa City in March 2021 and quickly started making waves.

The media mogul was already infamous as a corporate raider with a checked history that included a feud with John Abbott.

He targeted Kyle Abbott after learning that he had an affair with his wife Tara, making him the biological father of his son, Harrison.

This conflict only compounded the tense business dealings he had with the city’s major families.

As his marriage fell apart, suspicions about him accelerated, particularly when he started romancing Victoria Newman.

To the horror of much of her family, she married Locke, who it was revealed to be a fraud who had stolen another man’s identity.

He drove ahead with his deceptions by faking to have cancer and having Michael Baldwin imprisoned when he was attempting to expose him.

Once exposed, Locke’s marriage collapsed and Victoria used every trick she could to destroy him, finally driving him over the edge.

Robert Newman took over the role in February, replacing Richard Burgi, who left due to COVID restrictions. Burgi had played the role for a year and did not renew his contract.