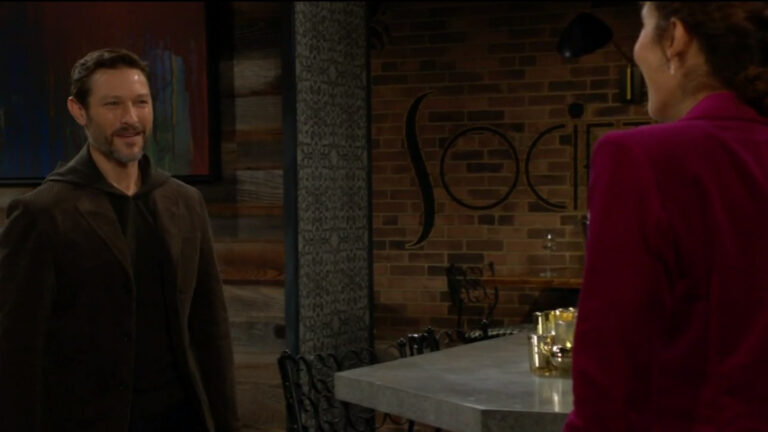 Michael Graziadei will be making yet another return to Young and Restless as Daniel Romalotti, Phyllis Summers’ (Michelle Stafford) son during the November 21 episode where Adam proposes to Sally. He will be staying on as per the actor in a Soap Digest interview.

The actor left and made a brief return in 2016 for the show’s anniversary.

In June, after Phyllis and Jack broke up, she received a phone call from Daniel.

Soon after, she left for two weeks to see him in Georgia and returned with a new attitude.

She returned with a new lease on life, and has since, made it her business to scheme to make Diane’s (Susan Waters) life miserable.

Who is Daniel Romalotti?

For those just tuning in, Daniel Romalotti was born to Phyllis and Danny Romalotti (Michael Damian), the rock star (who is also returning for the holidays), but it was revealed later that Brian Hamilton (Steven Culp) was his biological father and that Phyllis had lied to Danny.

Danny divorced her and took custody of Daniel. They moved overseas and Phyllis wasn’t a part of his life.

His resentment of her grew as he felt abandoned by her.

After more trouble, Daniel eventually got involved in a relationship with Amber.

She took off with the kid, who turned out later to be Lucy, the child that Billy (Billy Miller/Burgess Jenkins/Jason Thompson) and Victoria (Amelia Heinle) adopted.

Daisy got custody and disappeared.

Daniel found his daughter and moved to Georgia with Heather and Lucy.

What has Graziadei been up to?

For those wondering what Graziadei has been up to lately, he’s appeared in the series, The Lincoln Lawyer, based on the 2011 movie of the same name, starring Matthew McConaughey.

The movie was based on the 2005 novel by crime writer, Michael Connelly.

In the actor’s personal life, he and his partner Lauren have become parents to twin boys, Oliver and Arlo.