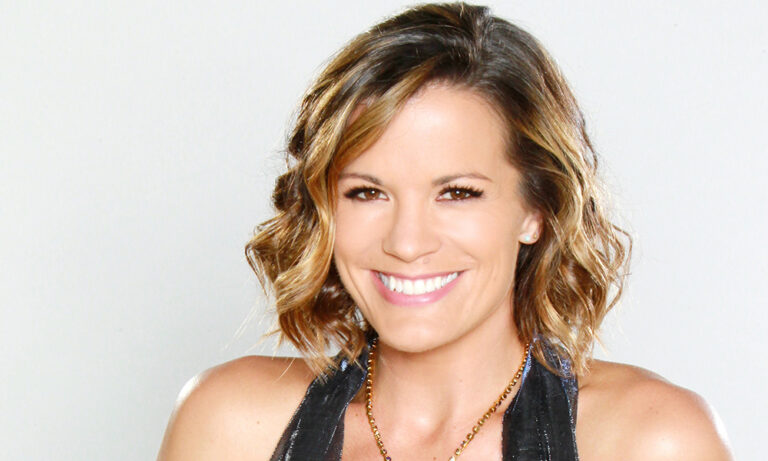 Playing a character with a health crisis is any actress’ dream.

As of today’s Young and the Restless episode, Chelsea Newman stood up from the confines of her chair, which made most Y&R lovers cheer with glee. It’s been tough watching the character stuck inside her head without being able to walk or talk. With Adam (Mark Grossman) kissing Sharon (Sharon Case), Chelsea can’t even confront him.  Melissa Claire Egan is doing a fabulous job making it very believable.  She spoke with Soap Digest about some of the challenges with this story.

“You just have to and then you get used to being focused and getting into the mindset of somebody who’s very aware of what’s going on but can’t express herself. In the beginning, they didn’t even want me frowning, so you just have to learn how to be expressive through your eyes,” Egan told Soap Opera Digest in a recent interview.

She also told the magazine, “As an actor you use your body, your hands, your voice and your facial expressions, so all of that’s been difficult and new, not to use those things, but it’s still an exciting challenge, especially in the beginning, when it comes to expressing your feelings through your eyes and make it as believable as possible.”

What about those sweatsuits that everyone’s been talking about? Though the viewers are tired of seeing them, Egan admits, “I’m actually gonna be bummed when it’s over! I don’t want to retire the sweatsuits. They’re so cozy.”

When she was told by Josh Griffith that Chelsea would have a stroke, she was excited. “I was like, ‘Oh, this is so good.’ He also told me some other stuff that’ll be coming up and I’m so thrilled. I’ve been doing soaps now for almost 15 years and this is nothing that I’ve ever done before, not being able to use my voice or my body. So it’s been an interesting, fun, cool challenge.”