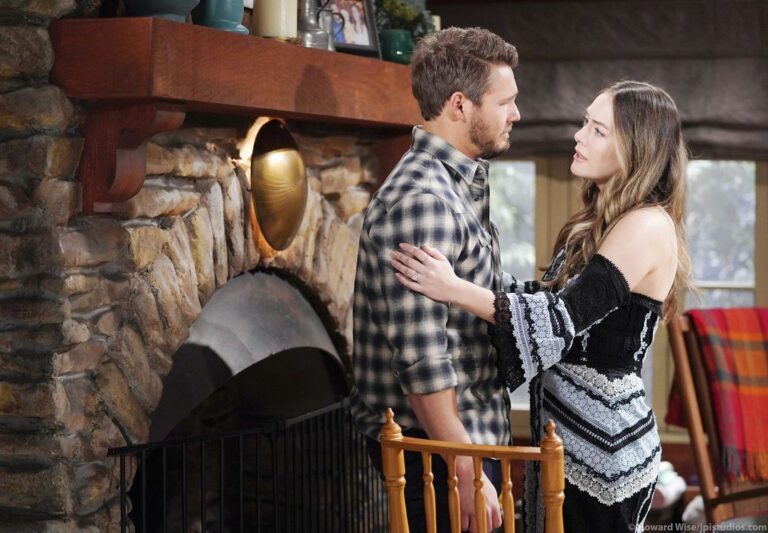 Soaps Spoilers is back with all-new Bold and the Beautiful for the week of May 31 – June 4.

Wyatt continued to get in Bill’s face about Vinny and Liam and Bill tried to get his son to stop talking about it. Liam recounted the whole story of the accident to Hope and she had an issue wrapping her brain around why Bill left the man on the side of the road. Hope believed this would ruin Liam’s life. They spent one more night making love. Meanwhile, Ridge questioned Carter about his seeing Shauna, and then they discussed Quinn and Eric’s marriage and how they were going through a rough patch but Eric’s forgiven her. Brooke felt concern for Hope and Liam, as Bill drank his feelings away, and Zoe asked Shauna about how she and Carter fell into bed. Shauna said that it was over and Zoe was glad to hear, stating that she wouldn’t let it happen again. And by the end of the week, Carter and Quinn were attempting normalcy at work.

Bill races against time to stop Liam from confessing to Deputy Chief Baker.
Steffy and Finn learn the gender of their baby.

Liam plays a trick on Bill in order to do the right thing.
Deputy Baker listens as Liam recounts his story of the accident.

Steffy and the Forresters anticipate the arrival of the newest member of their family.
An emotional Hope grants Liam forgiveness as Liam is arrested for the murder of Vincent Walker.

Refusing to give up Bill, Liam stays silent as Baker grills him for more information.
An angry Hope confronts Dollar Bill, blaming him for Liam being in prison.

Devastated, Hope breaks down to Brooke about Liam’s arrest and Bill’s involvement.
Baker gets frustrated when Bill and Liam continue to take the blame for the other.