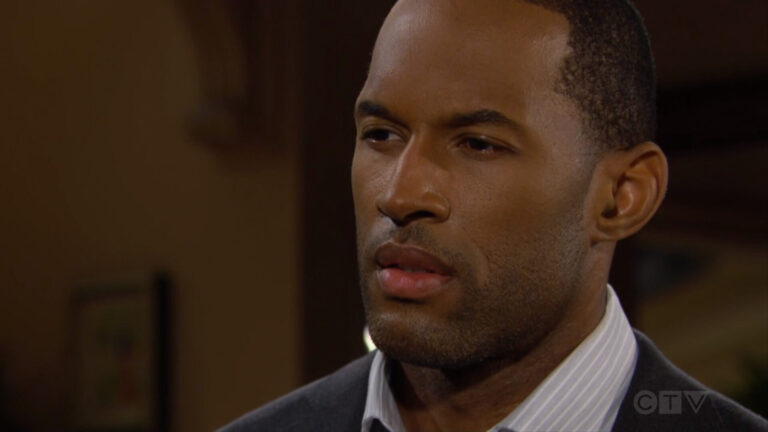 Quinn grows concerned about Eric’s rapid heartbeat, unaware that he is with Donna.
Ridge gets confused and flustered by Carter’s announcement.

Li puts the blame for Finn’s death on other people.
Eric and Donna are spied on while they are in their bungalow.

Sheila gloats to a terrified Li that many have tried, but failed, to keep her behind bars.

Sheila and Li argue about whether or not Sheila meant to kill Finn.

Sheila hears a noise in the other room and throws Li aside and barges into the room, finding Finn.

Quinn asks Bridget if it’s okay for her to be tracking Eric’s blood pressure without his knowledge and the doctor says yes.

Donna is caught by Hope and begs her not to tell Quinn that she’s sleeping with Eric.

Carter is still worried that Paris might do something evil to ruin her marriage with Eric.

Sheila clobbers Li during an argument.

Li refuses to take Finn to a hospital and explains how Finn came to be alive.

Bridget and Quinn question Eric about his strenuous exercise.

Thursday’s Bold and Beautiful episode was pre-empted. This episode is pushed to the next day, though SoapsSpoilers was able to recap it today!

Quinn attempts to convince Carter not to propose to Paris.

Ridge and Taylor need information as to where Sheila might have gone.

As Li and Sheila receive an unexpected surprise.

Finn wakes up and mumbles.