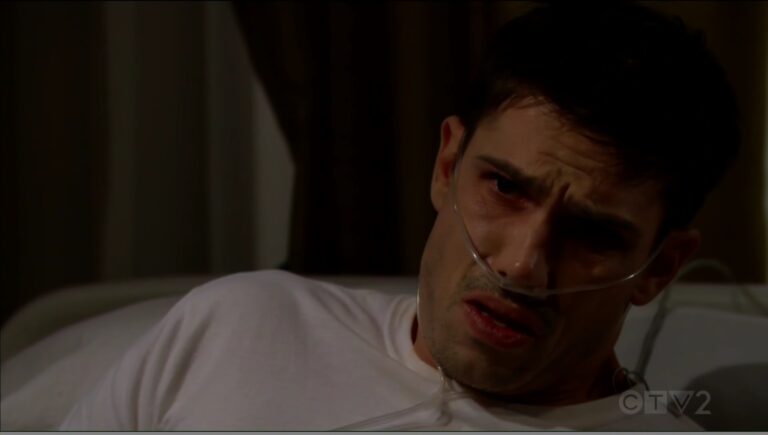 Unable to overcome her loss of Finn, Steffy moves to a mental health facility, as Wyatt and Liam worry about Bill now that Katie, Will and Justin are gone.

Taylor grills Deacon for information about Sheila before spilling the tea about Ridge and Brooke.

In an attempt to escape his captivity, Finn plays a trick on Sheila.

Brooke and Ridge continue to canoodle over their reunion.

(There is supposed to be a congressional hearing today so the spoilers schedule could change if today’s episode is pushed to Wednesday.)

Today’s episode indeed was preempted by the hearings. The show will continue tomorrow.

Brooke and Ridge receive interesting news about Deputy Chief Baker. They start to figure out who Sheila’s accomplice is.

Brooke thinks that Sheila had an accomplice at the jail. She thinks Guthrie’s name is familiar.

Finn is stunned when he realizes that Sheila has a partner in crime.

Finn tries to escape but Sheila catches him. He covers that he was testing his strength, while inside, he seethes.

Quinn confronts an intimidated Donna about her affair with Eric.

Finn startles Sheila when he begins to fight back.

Deacon makes an appointment with Taylor using an alias.

Finn realizes just how twisted Sheila is when she shows him his death certificate.

Sheila panics, fearing that she’s gone too far and killed Finn this time.

Taylor throws caution to the wind and shares her feelings about Brooke and Ridge’s reunion with Deacon.

Mike turns on Sheila, arguing it’s time for her to turn herself in.