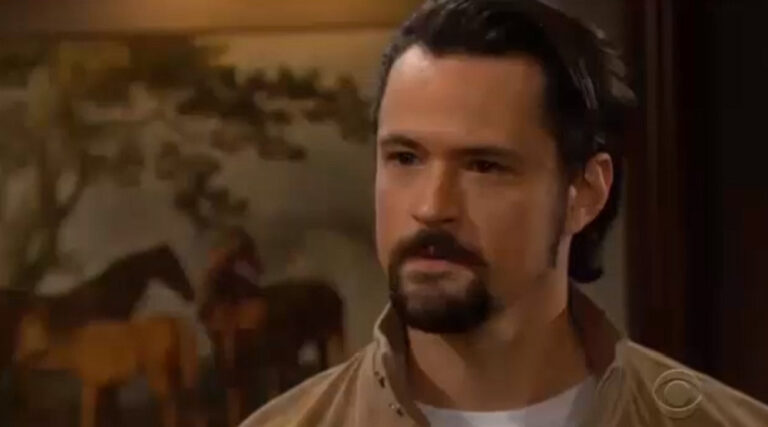 Soaps Spoilers is back with all-new Bold and the Beautiful spoilers for the week of April 19-23.

Bill was able to talk Liam down after he hallucinated Vinny, but as the week went on, Liam was progressively doing worse with his guilt. Quinn and Eric’s marriage was seen to be having issues and Dt. Baker thought that Thomas must have been angry with Vinny after he manipulated Hope. He seemed to almost suspect Thomas in Vinny’s death. Paris and Zoe made peace. Meanwhile, Hope found that something was going on with Liam, and Quinn and Carter opened up about their relationships.

Congratulations to Lawrence Saint-Victor who shared that he wrote the April 15th episode of Bold and the Beautiful.

So this happened!! An episode that I had the privilege of writing aired today. It was such a wonderful learning experience. Thank you Brad Bell for giving me the opportunity, and to our amazing writers and the entire team for all of your support. #writerslife #boldandbeautiful pic.twitter.com/WQfoNQSJVf

Coming up on B&B from Monday, April 19 through to Friday, April 23

Check out the recent comings and goings for Bold and the Beautiful. Justin’s back, Zoe’s out.

Eric tells Ridge about the sexual intimacy troubles in his marriage.
Bill steps in and stops Liam from making a mistake.

Bill talks Liam down.
Lt. Baker and Detective Sanchez come up with a theory about Vinny’s death.

Hope has a request for Liam.
Bill is not happy when Lt. Baker interrupts him when he’s with Katie.