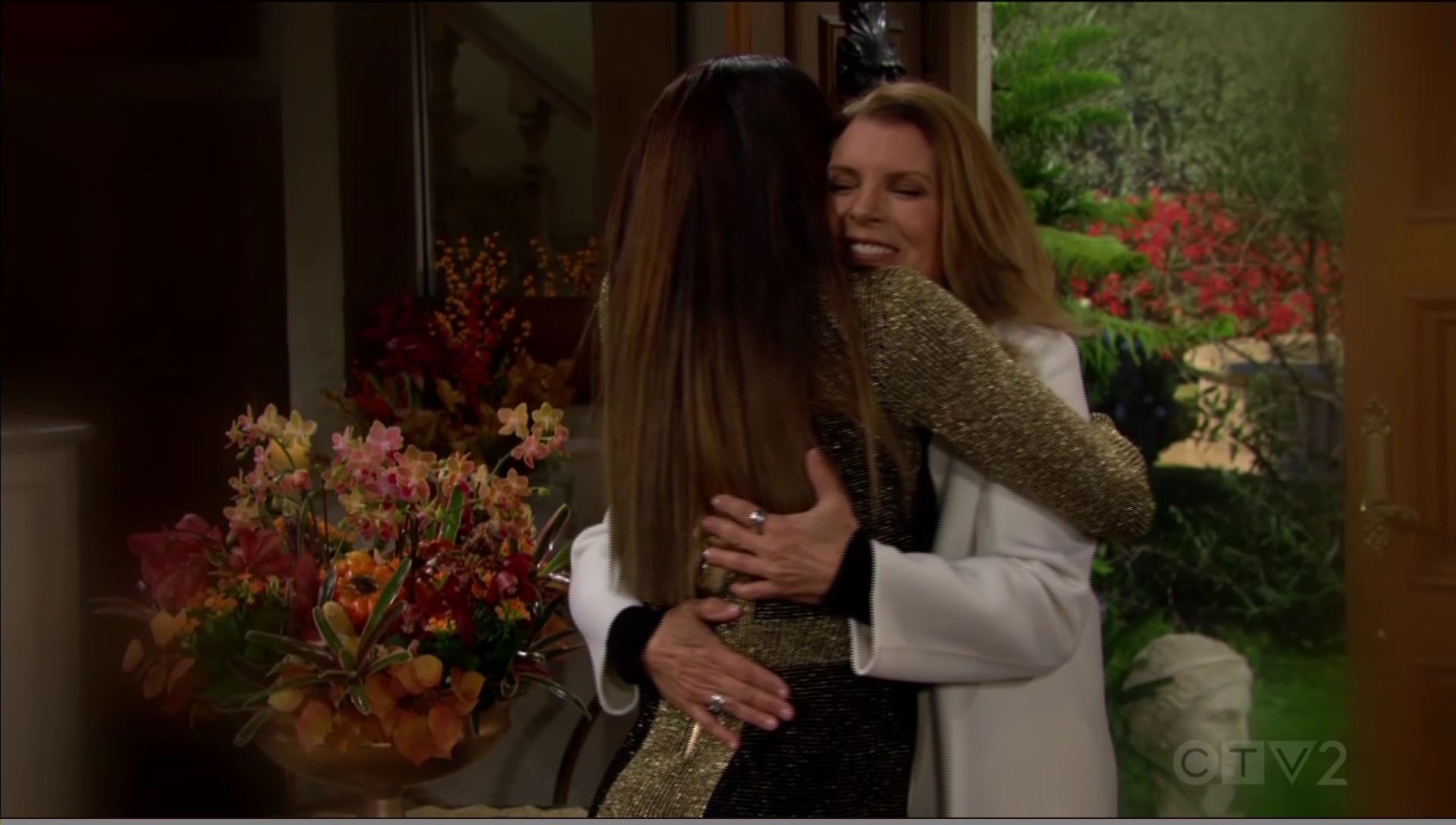 In the Wednesday, November 24, 2021, full episode recap of CBS’ Bold and the Beautiful, It’s Thanksgiving and the Forresters have their annual gathering while Sheila and Deacon wish they could be spending it with their children. We also have Tuesday’s B&B recap where Paris let Carter know that Thomas hit on her.

At Brooke and Ridge’s place, Hope provides her special dish that Ridge and Brooke say is an acquired flavor. Steffy’s thankful that the kids have some arts and crafts to keep them busy upstairs while they visit. Paris and Zende show up with Carter. Carter gives a peace offering and asks if Ridge is sure about this. Ridge is positive he should be there.

Paris is happy Carter decided to come. He wishes Paris a Happy Thanksgiving. Brooke welcomes everyone to their home in what she thinks will be a spectacular Thanksgiving. Liam asks Carter the score. “We’re up 20-8.” Zende’s happy that Paris loves football and is gorgeous. They kiss.

Nearby, Steffy tells her parents about Finn’s biological father being Jack. Li was invited but wasn’t up for celebrating. Hope says her dad wishes he could be there today. Ridge and Liam agree it’s not a smart idea, especially with the kids. Hope stops them. She doesn’t want to spoil the day. She understands why they couldn’t be there. She drinks some vino.

Sheila plays cards on her bed at the hotel suite while Deacon gripes that he’s not even supposed to be associating with her but he’s now spending Thanksgiving with her. She’s as frustrated as he is. They should be celebrating with their children.

They dive into the mini-bar and clink little bottles and drink. He wishes everyone could see the good in him. He fantasizes that he’s at the Forrester Thanksgiving and everyone is so thrilled to see him, that Ridge calls him a changed man and Brooke calls him family. She embraces him and Sheila says, “Wake up, Deacon.” He’s not going to have that cozy reunion anytime soon. He thinks it’ll be sooner than hers. They eat Chinese food and Deacon’s fortune cookie says he’s going to be rich.

Sheila fantasizes that she’s crashed the Forrester party and Brooke asks, “Sheila, what are you doing here…” Sheila  looks worried and Brooke finishes, “Without the sweet potatoes?” They all laugh and Steffy and Finn hug Sheila. Ridge is so happy she’s there. Brooke agrees. Steffy says the kids have been waiting for their wonderful grandmother. Brooke’s glad she’s there. Finn hugs her. “Happy Thanksgiving, Mom.” Deacon laughs. “Then they’d call the swat team.” Sheila thinks one day they’ll be included. Deacon doubts it.

Steffy later tells Finn this year has been a wild ride but worth it. She gets to spend the rest of her life with him. They smooch. Ridge talks about having a rough year, but how happy they are that Zende and Paris found each other and that she sang at Dodger stadium. “Speaking of players, Carter’s here,” he says. “Uh oh,” Carter retorts. Ridge says at the end of the day, they’re friends. Everyone makes mistakes.

He says Hope thought she’d have to raise her kid alone when Liam went to prison. He thinks Liam’s the most thankful that he gets to raise his kids. Ridge says Finn started off so well. He married the princess and found out Sheila was his mom and Finn was his bio dad. But he’s not alone. He has them all. He calls Brooke one of the most beautiful woman he’s ever seen. He’s the most thankful he thinks. Without Brooke, he doesn’t think he could breathe. He kisses his wife.

Brooke wishes everyone a happy and healthy Thanksgiving. They decide to eat. Ridge carves the turkey and they all sit around on the sofas and eat and drink, put on funny hats and laugh a lot.