Home » Bold and Beautiful » B&B Recaps » Li’s Rocked to the Core Learning Jack’s Finn’s Biological Father, ‘You Betrayed Me, Our Marriage and Our Son’

Li’s Rocked to the Core Learning Jack’s Finn’s Biological Father, ‘You Betrayed Me, Our Marriage and Our Son’ 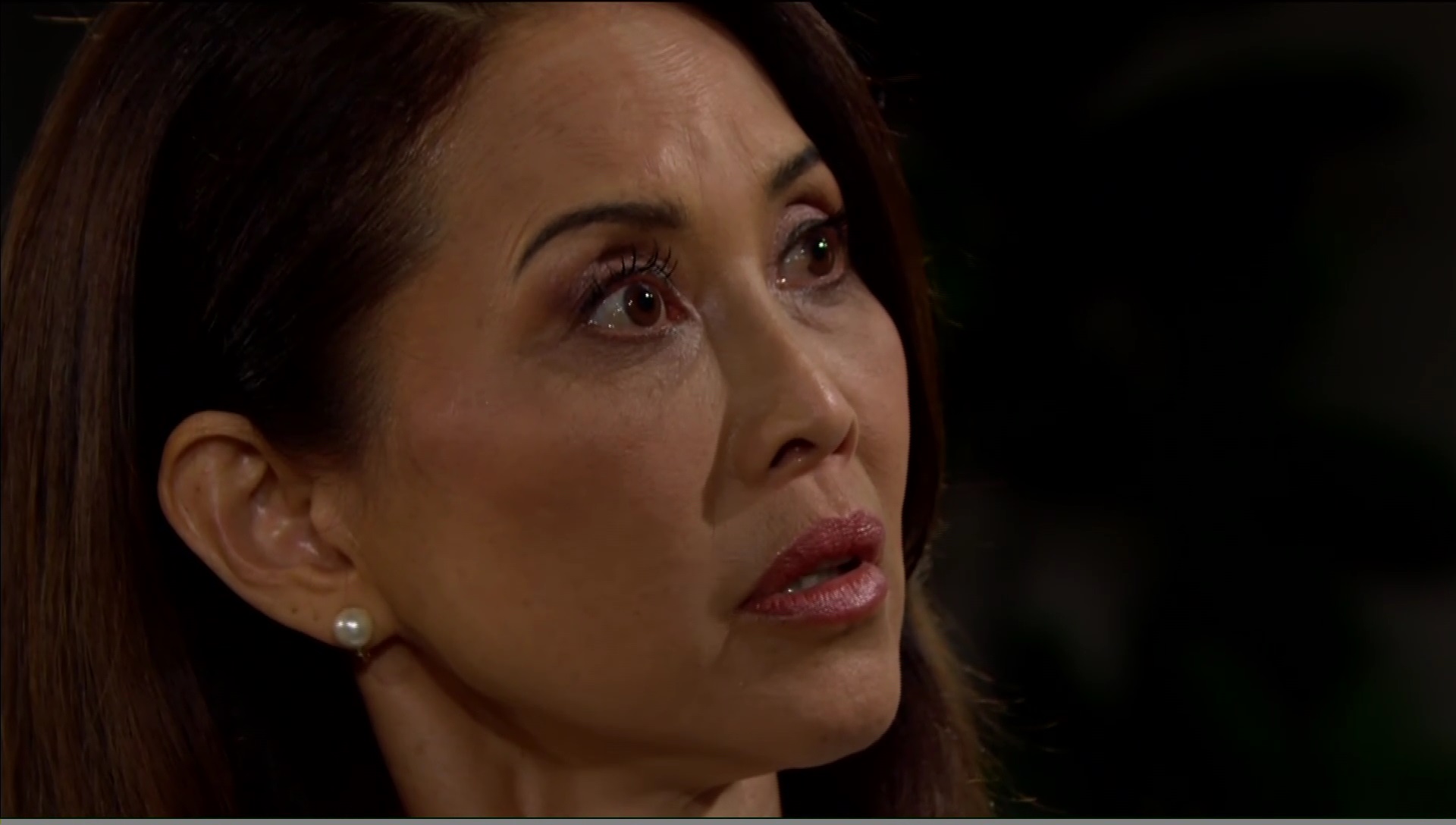 In the Wednesday, November 17, 2021, full episode recap of CBS’ Bold and the Beautiful, Li reacts to Jack’s reveal, Zende has a proposition for Quinn, and Steffy and Finn talk about the bio dad.  Soaps Spoilers has Tuesday’s B&B recap where Li returned to canvas and Eric serenaded Quinn.

In the hotel suite, Jack talks about how wonderful his life with Li has been. She gets scared and asks if he’s sick. He says no. There’s something he should have told her a long time ago. She tells them they’re going to see their son. she doesn’t want to keep him waiting. “Our son. Of course, he’s our son,” Jack says. He reminisces about bringing him home and Li thinks Sheila must be reaching out. Jack admits he reached out to her. Their son wants to know who the bio dad is.

Jack admits both he and Sheila know. Li looks stricken. She asks how and when he found out. He has always known. She’s rocked. “You knew and never told me?” He was trying to protect her. He didn’t want her hurt. She asks how it’d hurt her.

He admits that he’s Finn’s birth father. He’s sorry. “You and Sheila? You had an affair with Sheila Carter?” He says it didn’t last long. “Long enough to make a child.” Li’s shocked they’ve been living a lie when he’s been the birth dad all along. She looks at him like she doesn’t know him. Jack hates that he betrayed them. She says he betrayed her, their marriage and their son. “Or should I say your son?” She can’t believe he has known all along and talked to her about who he might be. They could have told Finn and taken his uncertainty from him. He knows. He lied because he loves her. He tries to go to her and she backs up. He calls Sheila a mistake that produced a wonderful man. He hopes she won’t let this ruin their life. He begs forgiveness. She asks if Finn will forgive him.

In the Forrester office, everyone gathers with the designs. Hope wants Paris to do the introduction to the preview. Thomas and Zende think she’ll be great. Paris will be honored but refuses to walk the runway. Zende kisses her, calling her gorgeous enough to. Thomas raises an eyebrow as they kiss. She wants to see the showstopper but it’s top secret. Paris grins. Quinn appears and drags Zende to the design office and Paris finds that strange. “I wonder what that was about.” Maybe it’s the showstopper. Thomas talks about wanting what his cousin has, a woman like her. Paris smiles in surprise.

At home, Finn gets a beer and listens to Steffy tell him it’s best to give up on Sheila or hire someone to do some digging. He’s not sure it’s a good idea to find out who his bio dad is. She thinks if he knew who he was, he’d want to meet him. He says his parents would still be his parents. Steffy wonders if she’s purposefully not telling him who his bio dad is. Why would she? Finn wonders. Steffy asks why she does anything that she does. He’s overwhelmed and wonders more about who his birth dad is. He recalls wondering who the man was in the past but then realized he had a great father as it was. He feels a little guilty for asking questions now.

In the design room, Quinn asks Zende what’s up. Zende tells Quinn his future with Paris. She rolls her eyes. He sings her praises. “If you say so,” she says, snidely. What does any of this have to do with her? Quinn can see he wants her to make an engagement ring. He wants a perfect ring.  “To me, Paris Buckingham is perfect in every way.”