Home » Bold and Beautiful » B&B Recaps » Jack Reveals to Finn, ‘We Know Who your Biological Father is…’

Jack Reveals to Finn, ‘We Know Who your Biological Father is…’ 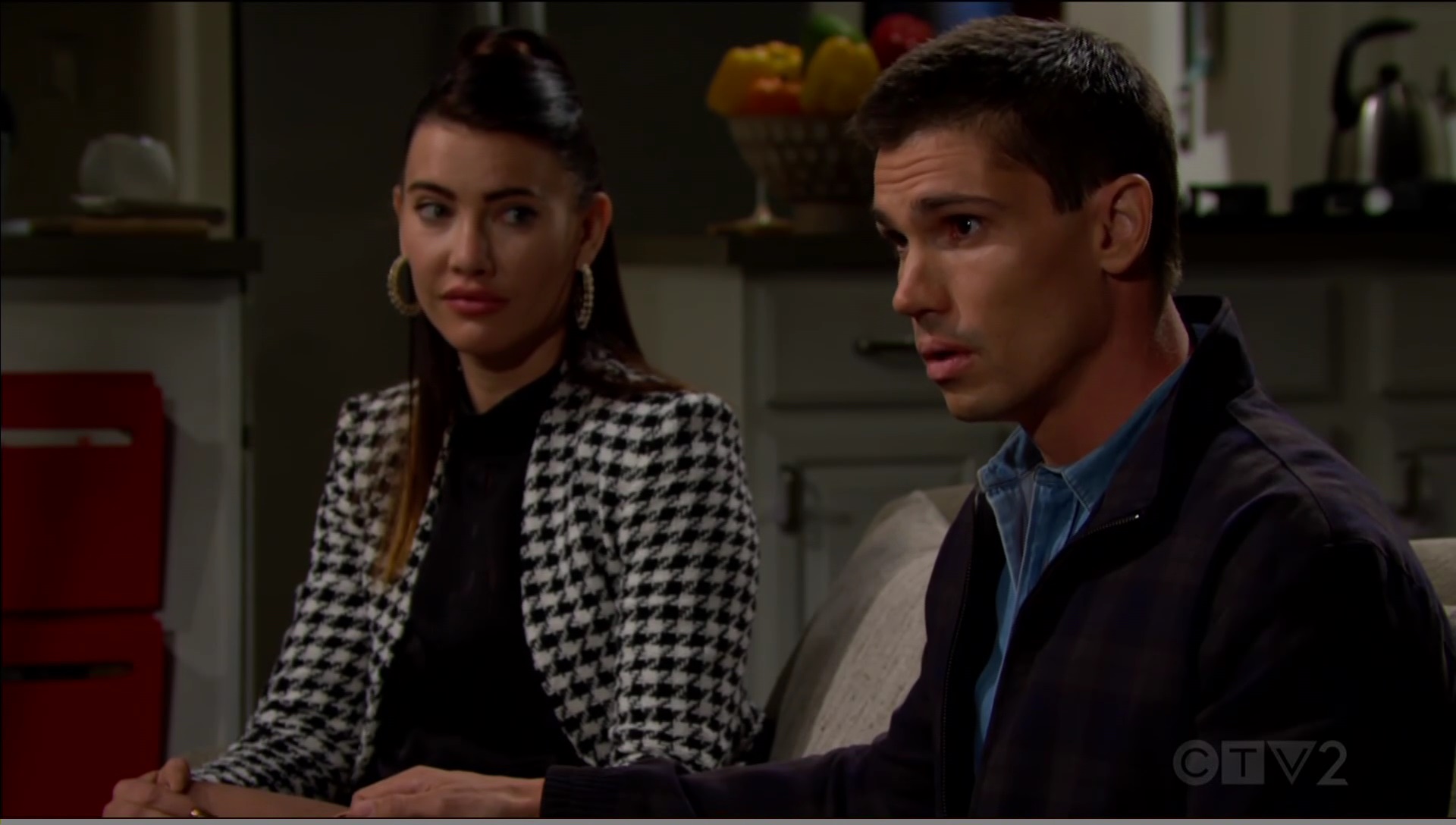 In the Thursday, November 18, 2021, full episode recap of CBS’ Bold and the Beautiful, Li is ready to tell her son the truth, Zende and Hope discuss his relationship, and Thomas sings Paris’ praises.  Soaps Spoilers has Wednesday’s B&B recap where Li was shocked to hear Finn is Jack’s biological son.

At the cliff house, Finn says his parents are running late. Steffy has a suggestion for what they can do in the meantime. She grins and he looks at her seductively. She tosses a toy at him and tells him to clean up. He laughs. They talk about hiding him asking Sheila for the skinny on his bio dad. Steffy thinks it wouldn’t hurt to be open about this. Finn says his dad seems reluctant and tense about this. He needs to understand that he’s his father, the one who taught him to hit a baseball and drive a car.

At the hotel, Li yells, “You had an affair with that monstrous woman!” Jack regrets it but not Finn. He doesn’t expect now but he is asking for forgiveness. She asks if their son will be able to forgive him. Li gets a text from Finn and says they need to go. “Today is the day you’re going to tell your son you’re his biological father.”

In the Forrester design room, Petra models a green gown. Hope and Zende discuss changing the neckline. Petra flirts with Zende on her way out and Hope comments like it’s a big deal He shrugs it off. He has Paris in his life and knows how lucky he is. She thinks it’s nice they’re taking their time to get to know each other. He says they work together and get together after work and weekends and he’d like to spend more time with her but they’re so busy.

Hope asks how it is with her living with Thomas. He doesn’t mind but is looking forward to spending more time with her alone. As they talk, she thinks he’s about to ask Paris to move in with him.

In the other office at Forrester, Paris and Thomas discuss the Zende Forrester Dominguez fund. Thomas is glad they’ll be able to send another brilliant Paris Buckingham there. She smiles. He tells her it’s true. She is an impressive woman. He’s really enjoyed getting to know her. He wasn’t sure they’d work as roommates. “It’s been great,” she chips in.

He’s still looking for a new place and says it’s going well. He can tell her over dinner. She’s not sure. Zende might have something planned for them. Carter appears. He tells Paris she’s killing it. She thanks him and says she’s gotten a lot of encouragement. Carter says the people at Forrester encourage each other. Talk turns to Thomas’ troubles. She says that was a long time ago. He’s a good roommate and spends all his time with his kid. She tells him the reason she was weird earlier had something to do with not knowing what Zende had planned for them tonight. She talks about being lonely without Zoe and she now feels settled. She’s no longer living out of boxes. Carter will be there as a friend if she needs him.

Jack and Li show up at the cliff house. Jack’ sorry they’re late. Steffy says the kids are with Amelia. Li thinks it’s fine. It’ll give them a chance to talk. Jack looks tense. Finn asks about their romantic trip up the coast. Li says it’s been a while since they’ve been able to do that. Finn’s glad they were able to be away from Sheila. “Avoiding the truth doesn’t make it less painful,” Li says. They need to be candid with each other.

Li knows that her son has always had questions and they would have been excited for him to meet Sheila under normal circumstances. She concludes that it’s time he found out about his bio dad. Finn says they’ll always be his parents. He didn’t get it until he became a parent. He loves Hayes and Kelly so much, he wants to remake the world for them and make it perfect and painless. Finn’s so glad that his dad will never let him down. Jack tears up and looks tense again. Finn vows nothing will come between them. Li says that his father has something to tell him. Jack admits he’s never wanted to disappoint him. He knows he wants to see his birth father’s face and see how alike they are, to ask questions about his life. “We know, son. Your mother and I. We know who your birth father is.” Finn looks rocked and then smiles and says he wants to know.