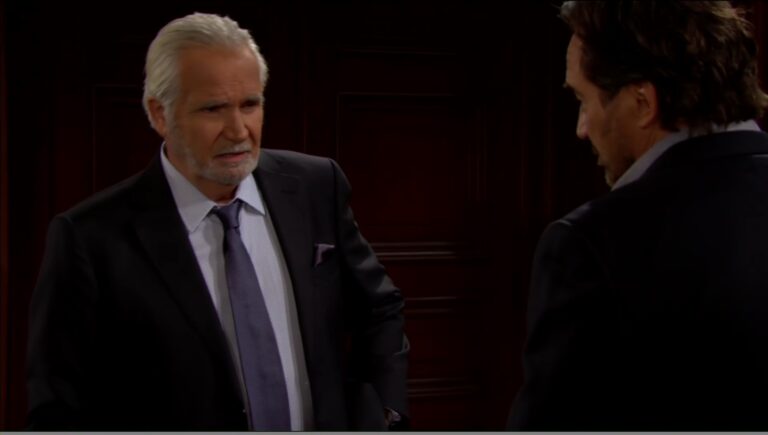 In the Tuesday, March 22, 2022, full episode recap of CBS’ Bold and the Beautiful, Sheila begs Thomas to stay quiet, Steffy tells Finn about her brother and his mom, and Eric tells Ridge that Brooke is his destiny.

We also have Monday’s B&B recap where Steffy followed Thomas to a secret meeting with Sheila.

Steffy crouches in the alley behind Il Giardino and spies on Thomas and Sheila. Sheila tells him to focus on his loved ones so they can have everything he wants for them. All he has to do is stay silent.

Determined to find out what is going on, Steffy sneaks off. Thomas accuses Sheila of setting Brooke off drinking again. She tells him to stop thinking with his heart and use his head. He thinks she should stop acting like this was a selfless gesture on her part.

Sheila says they can both gain from this and life could be better. His family could be whole again because of her. Even if he doesn’t like her methods, he can’t argue with the results. She encourages him to focus on his father and ask how much more disrespect he should take.

“Help me free Ridge from Brooke once and for all,” she begs. He can help her give Taylor and Ridge a future where they grow old together if he doesn’t wimp out. If he does, he will hate himself forever.

Steffy goes to the guest house to think. Finn is surprised to see her. He was planning to make dinner for her and wonders if something is happening. She’s not sure but something seems to be going on between her brother and his mother.

She explains that her brother seems stressed when he should be happy. Now he is meeting with Sheila in secret. “What is Thomas up to?” she wonders. She’s questioned her brother but he won’t open up.

This all sounds weird to Finn. Steffy doesn’t know what her brother would have to discuss with Sheila.

B&B Opinion: From a Parent Trap Reboot & Questionable Boundaries to No Growth, Devoted Fans are Not Having it 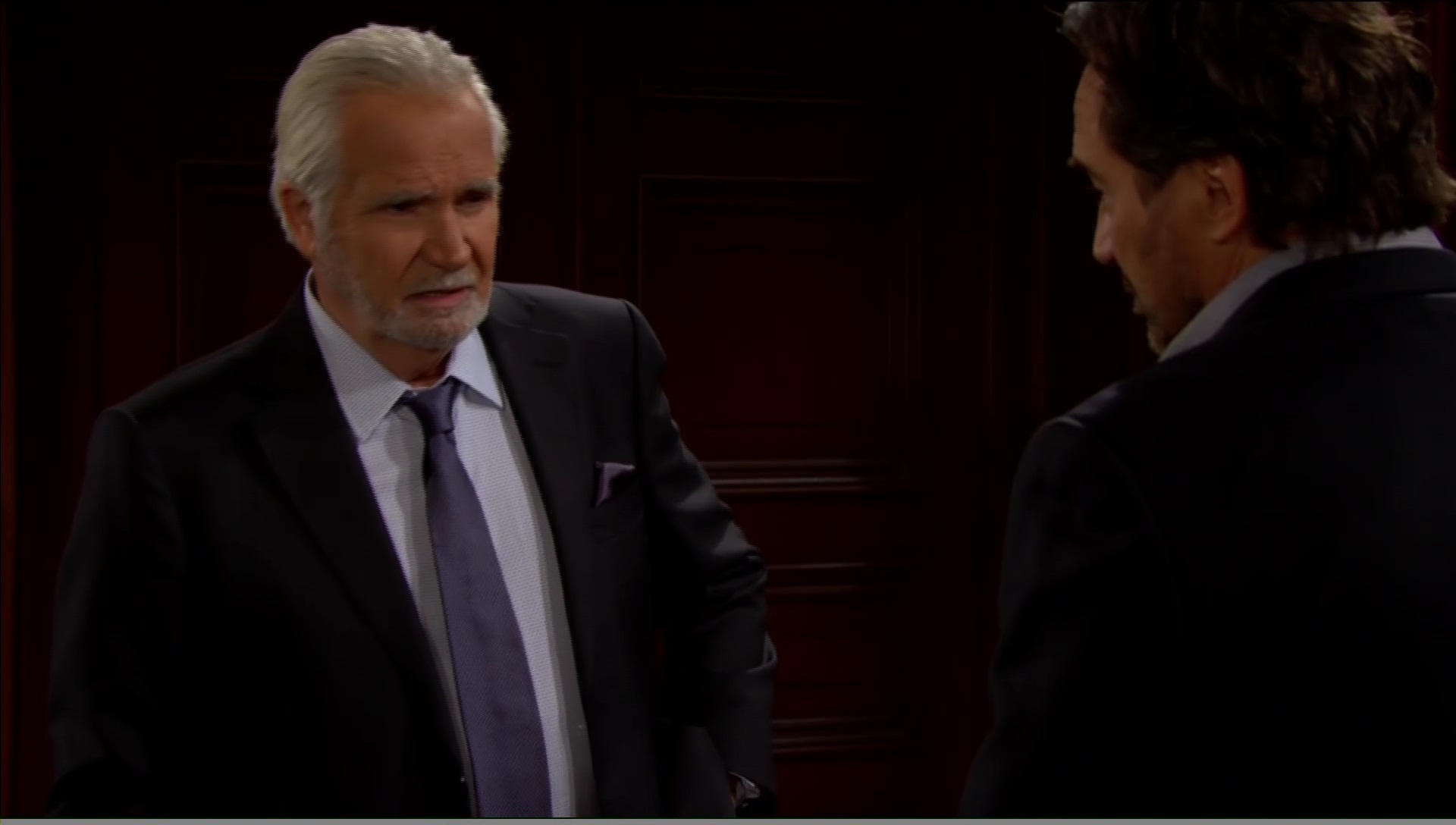 In the Forrester Creations office, Ridge fusses over an outfit on a model when Eric strolls in and gives him some advice. Once the model leaves, Eric and his son talk about their married lives.

Eric wonders how he’s doing now that he’s no longer living with Brooke. Ridge doesn’t know. They talk about Taylor and what an “oasis” she is for Ridge. She was always Stephanie’s choice for him, even if they know that Brooke is the woman for him. 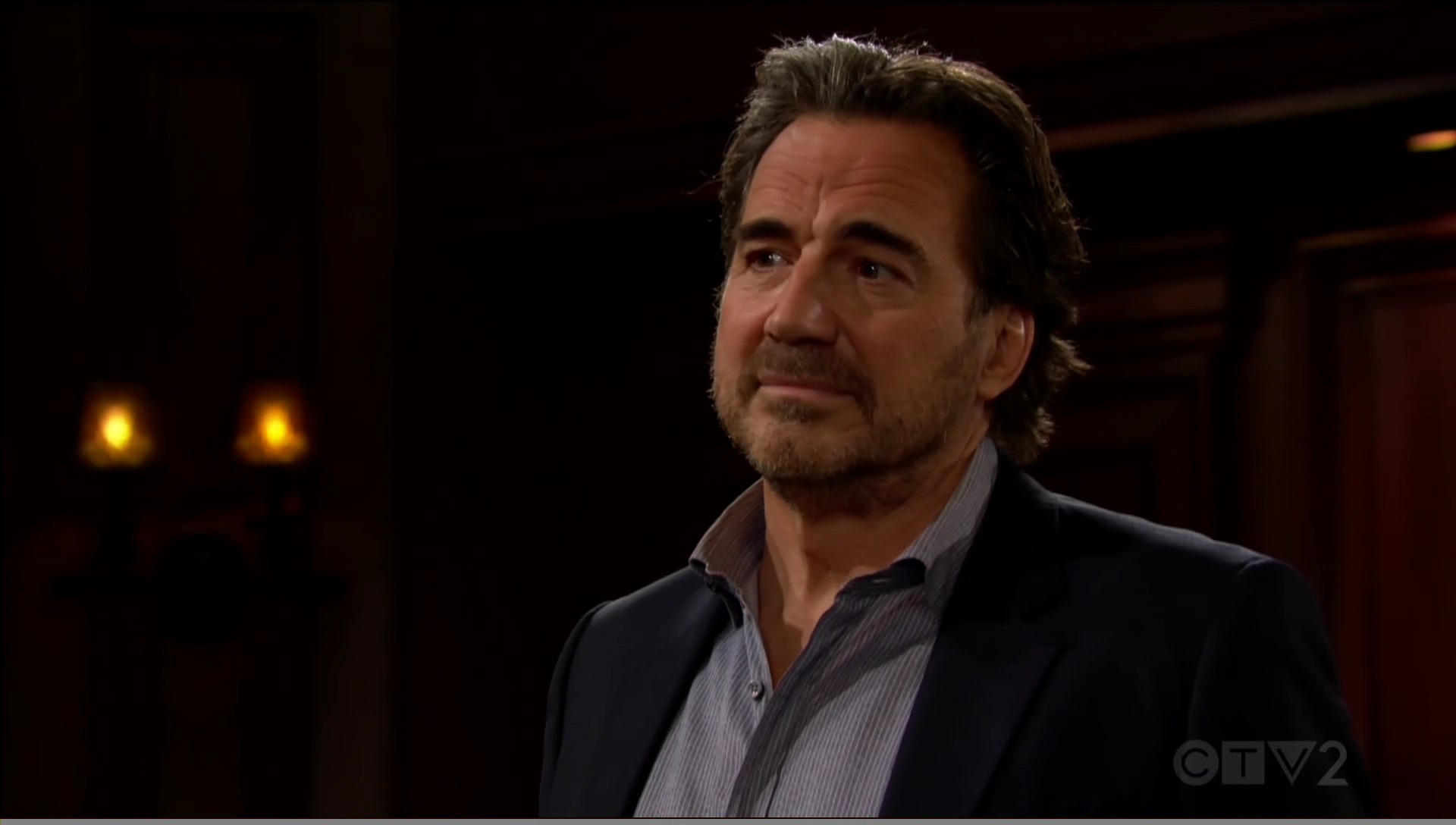 Eric thinks that Brooke and Taylor are both remarkable. He recognizes that they bring very different things to Ridge’s life. It’s possible for him to have his role as a father and grandfather with Taylor’s family and still go back to Brooke. Eric is still confident that Brooke is Ridge’s destiny.

In his office, Thomas thinks about Sheila swearing him to secrecy.

At home, Brooke continues beating herself up for throwing what was good in her life away. Hope reminds her that Ridge recognizes that alcohol played a role in this. Brooke says he’s forgiven her too many times. That’s why she gave him a way out.

If she could only figure out what cost her her sobriety, maybe they could have a chance again. She recalls how evil Stephanie used to accuse her of being.

Brooke gave her every reason to despise her and she’s let Ridge down once again.

After flashing back to one of her fights with Stephanie, she admits that she regrets letting Ridge go, but maybe his mother was right all along.

She continues to recall Ridge’s mom railing at her and claims she knew her better than she knows herself.

Hope reminds her that Ridge loves her. Brooke doesn’t know why she would hurt Ridge again. “I have a serious flaw in my character,” she says.

She’s finally set her husband free, just as Stephanie would have wanted. But it’s not what she wants. She doesn’t want to spend another day without Ridge.

When Ridge walks in, Hope encourages her mom to tell him what’s in her heart. After she leaves them alone, Brooke tells Ridge that she can’t eat or sleep without him.

Sending him to Taylor was a mistake and she never should have let him walk out the door.

Maybe they can work through this together. “Come back to me Ridge, please,” she begs.