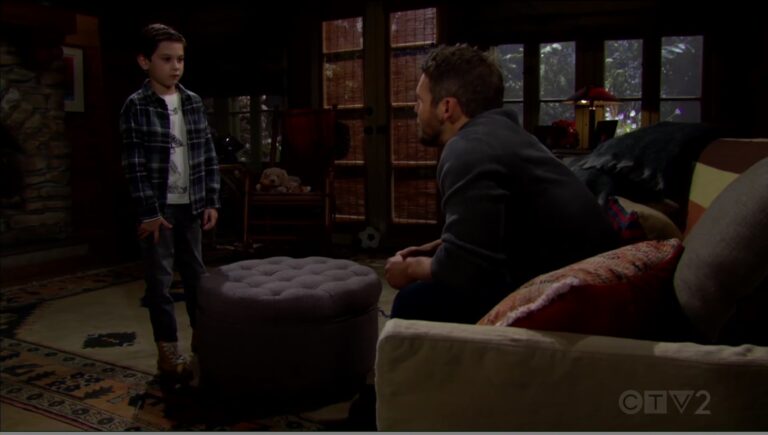 In the Wednesday, January 19, 2022, full episode recap of CBS’ Bold and the Beautiful, Ridge and Hope support Brooke, Taylor hopes that Sheila is being honest, and Carter assures Paris she is good as they talk about their kiss. We also have Tuesday’s B&B recap where Paris eavesdropped on Zende making a date and Taylor fished for information with Brooke.

At the cabin, Hope tells Liam she could get used to him working from home and gives him a kiss. He’s noticed that it’s been quiet.

She wants to go and check on her mom. Drinking on New Year’s broke her spirit and Hope is worried. Her husband is sure that her love and support will help. It bothers her not understanding what’s going on. 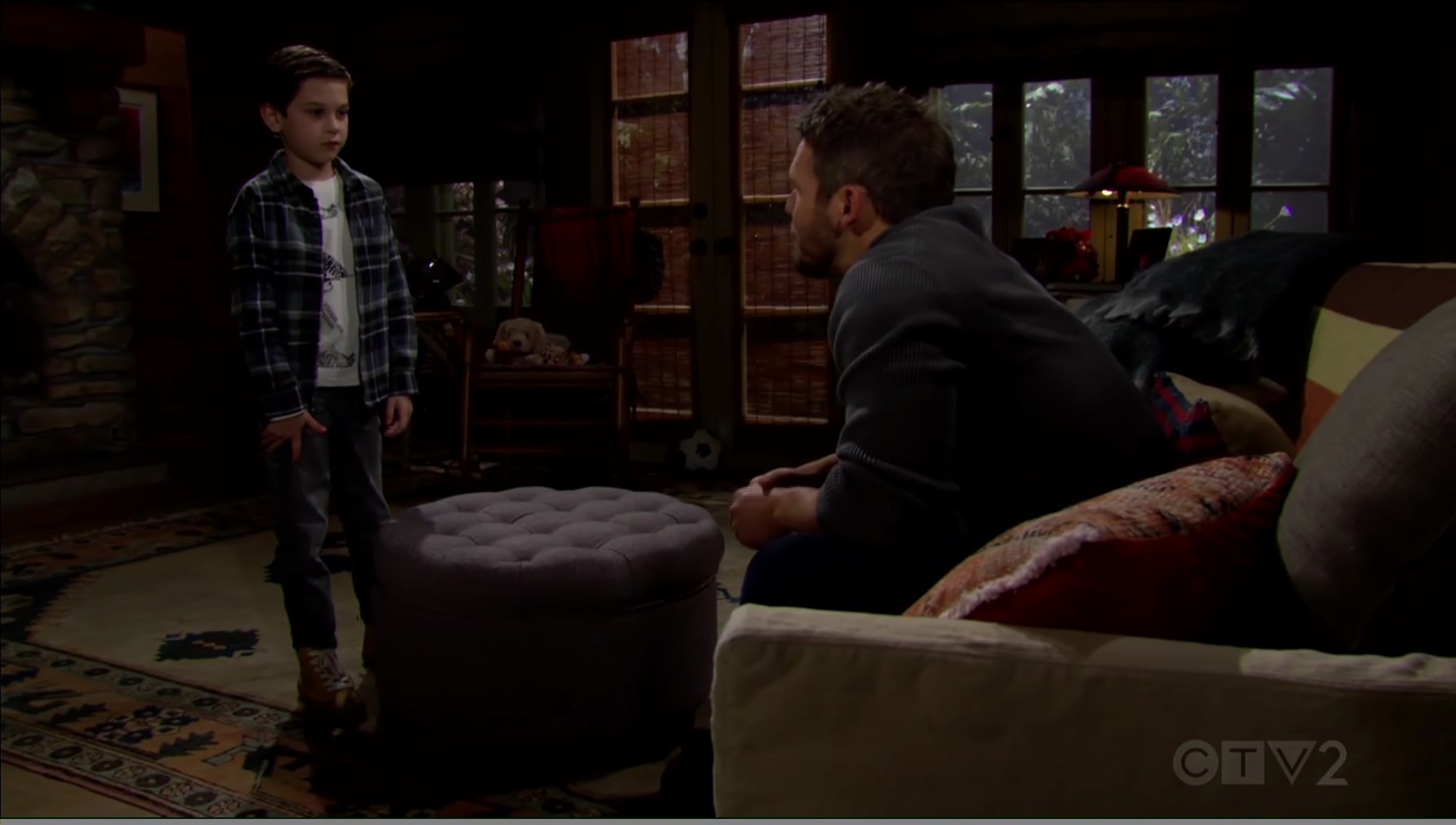 After she takes off, Douglas comes out and tells Liam that he saw grandma kissing Santa Claus. “Buddy, you’ve said that a few times,” Liam points out.

Douglas has to explain he’s not talking about the song. It was real and happened on New Year’s.

At Brooke’s, she admits to Ridge that she didn’t expect Taylor to show up and ask questions about her well-being.

She may have had genuine concern but it was unnerving. He assures her she’s doing all she can by being honest. None of this makes sense to Brooke.

Her impulse to drink came out of nowhere. Ridge isn’t disappointed in her, although she thinks he should be.

Hope enters and tells her mom she’s taken responsibility. That and accepting help has kept her on track. She doesn’t need to worry. No one is judging her.

Once Hope leaves, Ridge tells Brooke how amazing she is and how proud he is that she’s told him everything. They kiss. She flashes back to drinking with Deacon.

When Hope gets home, Liam tells her that Douglas is trying to tell them something about Brooke and Santa.

The kid explains that she saw her on New Year’s Eve kissing a man. He snuck up to get his stuffed bunny and saw her kissing Santa through the window. Hope looks worried.

In Taylor’s office, Sheila notices the vibe has gone downhill. Taylor asks why she’s so interested in Brooke.

Laughing uncomfortably, Sheila insists she’s not stuck on Brooke; she’s just trying to fit in. She says she’s trying to change. When she was young, she felt entitled but she’s been humbled by life.

She’s learned that what’s important in life is family and she wants to prove herself so she can spend time with them.

Taylor really wants to believe her. She hopes she has changed for everyone’s sake. That would make life less complicated.

Sheila is grateful she’s giving her the chance to prove herself but wishes Brooke would do the same. This sets her off on a rant about Brooke. She’s surprised the doctor isn’t as annoyed by her as she is.

At Forrester Creations, Carter asks Paris why she’s been frowning for five minutes. She guesses it’s because she’s been thinking about Zende going out with another woman.

Carter thought she wanted them to see other people. Paris says she’s still too young for the commitment he wants but she was taken off-guard. Chuckling, Carter tells her she’s jealous.

Paris thinks Zende is great and they vibe easy but she wasn’t ready to walk down the aisle. If he wants someone serious, he deserves that. But it’s not her.

He assures her she’s a beautiful person. She smiles and tells him it’s great that he cares and is supportive. He’s one of her biggest fans and is glad he’s followed his instincts about her.

Carter explains that he likes having her in his life. She intrigues him because she’s like no one he’s ever met. Paris decides that it’s best that Zende enjoy his freedom.

Sheila returns to her room and wonders why Taylor doesn’t hate Brooke more. She’s eager to know if Brooke fell into her trap and started drinking again. She vows that the day of reckoning is coming soon.