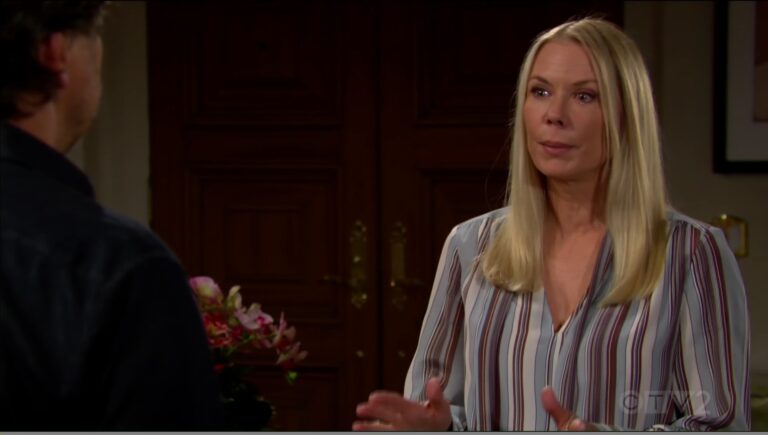 In the Tuesday, May 17, 2022, full episode recap of CBS’ Bold and the Beautiful, Steffy feels like she’s in a bad dream, Taylor wonders what’s next with Ridge, and Bill vents about Ridge being a baby.

We also have Monday’s B&B recap where Sheila was charged with Finn’s murder and dragged away by the police.

At Brooke’s, she’s amazed when Ridge tells her that Sheila was the one who shot Steffy and killed Finn. He assures her Sheila won’t terrorize her anymore and will spend the rest of her days in prison.

She tries to process the news that Sheila conned her into drinking. “It was always Sheila,” he says. This is unfathomable to them.

Brooke had been wondering why she risked their lives together. She always felt like some outside force was at play. He tells her she was right all along. 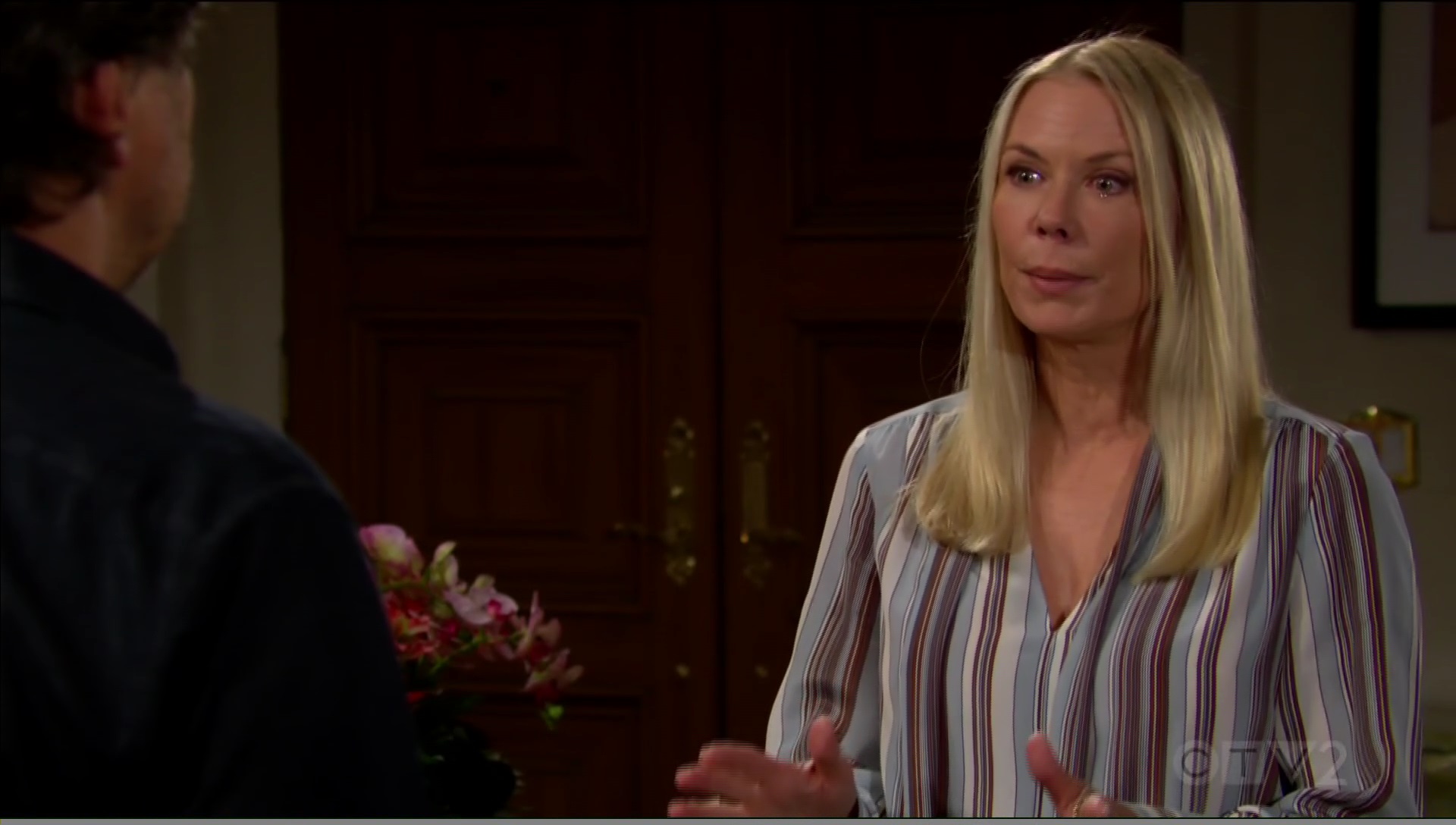 They piece together what happened on New Year’s Eve. As much as Brooke despises Sheila, she never thought she had a hand in this. If the could have just kept her away…

Things could have been so different. They could have just stayed the same.

She thanks him for coming and filling her in. Ridge vents some more about Sheila. He feels like he should suspected that someone was behind all of this. 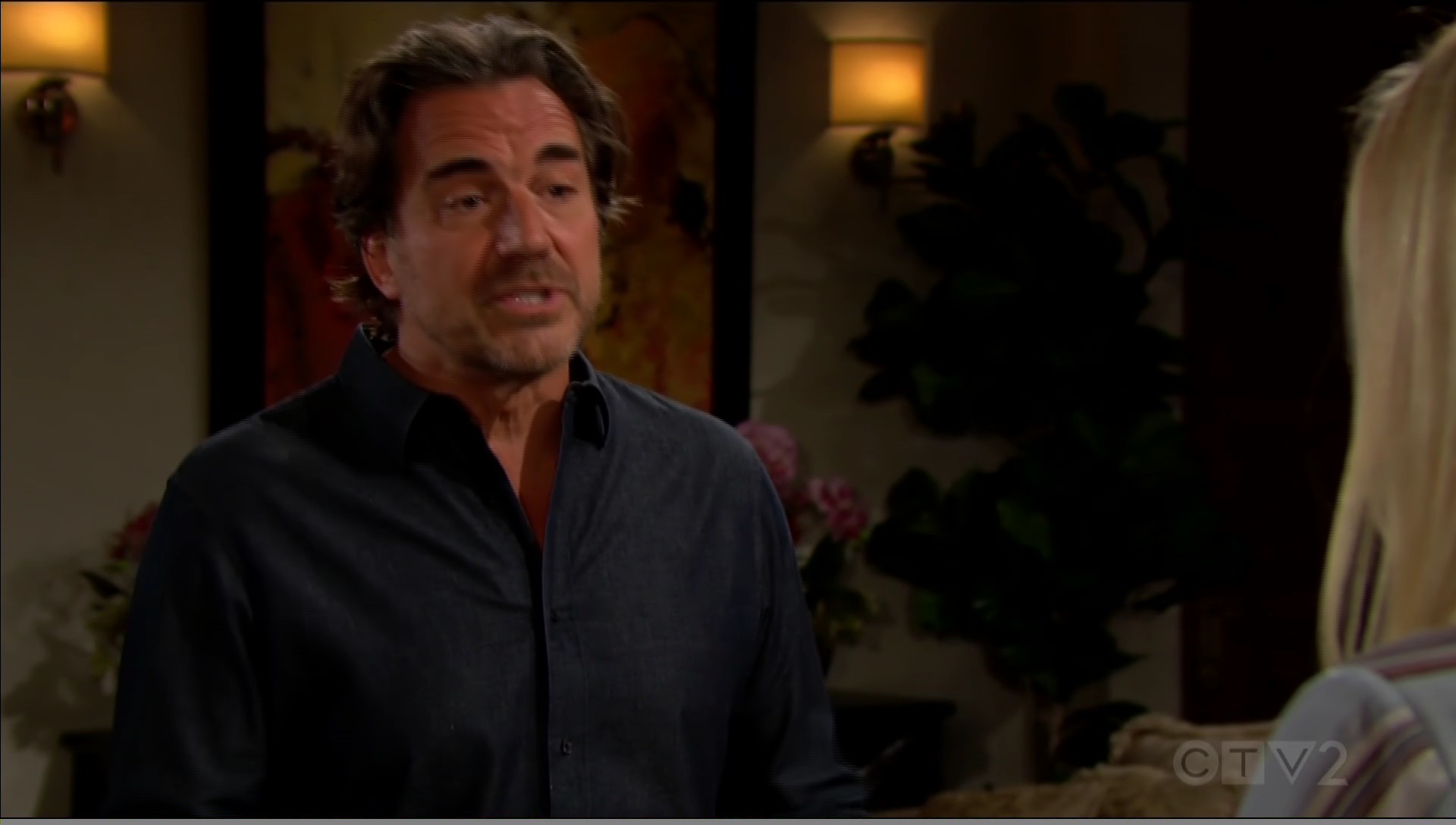 “I should have known better. I should have listened to you,” he says. Brooke tells him they can restore their life together. She’s always had faith they could.

She asks if he is coming home to her. 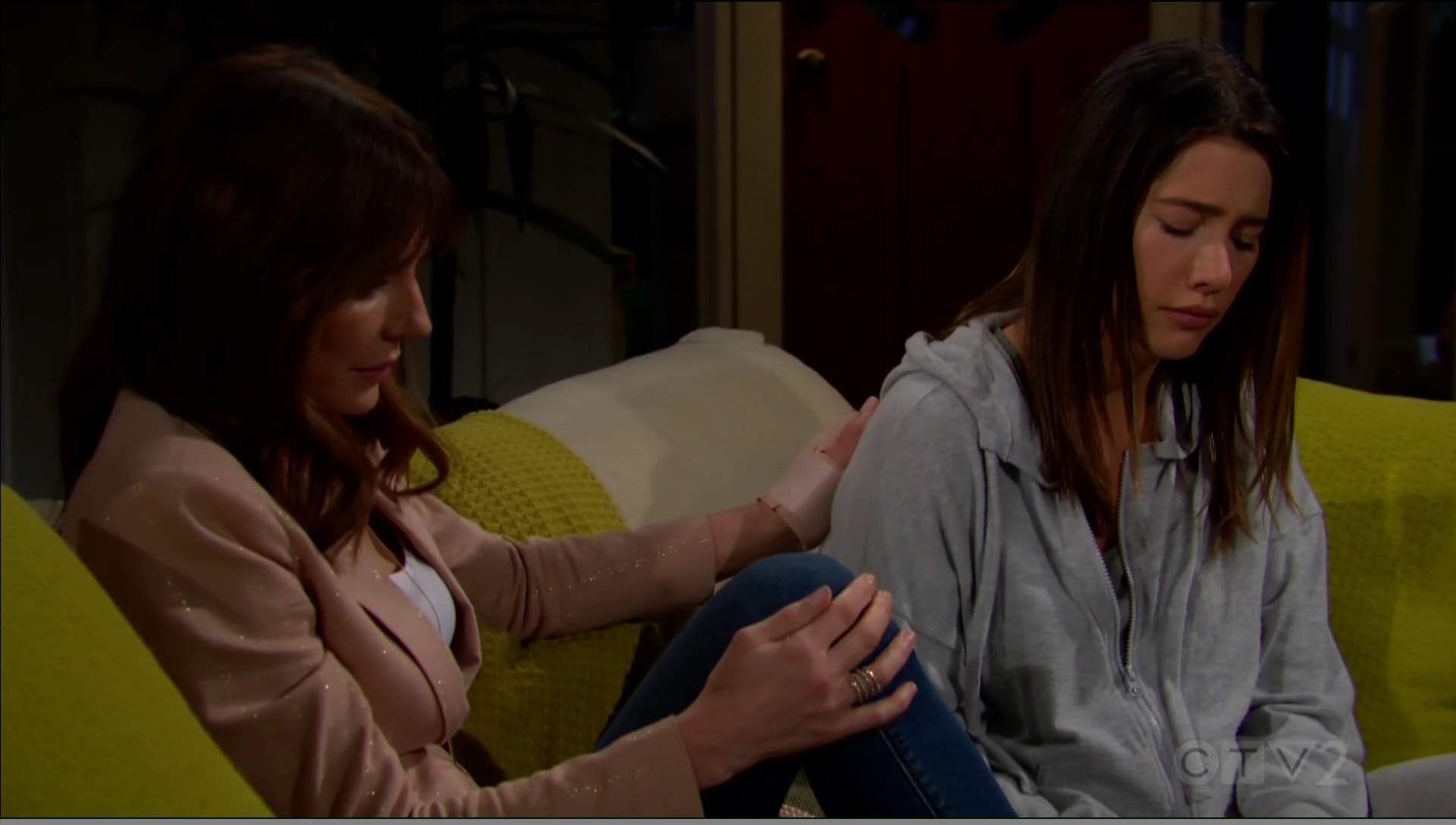 At the cliff house, Taylor beats herself up for missing all the signs with Sheila. She wanted so badly for her to be redeemed for Hayes’ sake.

Steffy tells her they need to track down Li and tell her what happened. She’s still feels like she’s in a bad dream.

Finn’s death would be easier to accept if it had been a stranger who killed him. Knowing Sheila is responsible makes it feel more senseless.

Steffy can’t remember if she told Finn she loved him before he died. Her mom assures her he knew. Her daughter sobs as she wishes she could have had one more day with him.

Taylor assures her it must have been a comfort to him to have had her there when he was dying. Her daughter asks what she thinks this means for her and Ridge.

Steffy will never get over this. Hayes will have no memory of his father, only stories. She tells her mom it’s been nice to have her there.

Steffy says she’s not wrong or selfish to worry about her future with Ridge. She’s sure the truth about Sheila won’t change his feelings for her.

Taylor downplays it but admits she’s missed laughing with Ridge. It’s been great for Steffy to watch them together again. He wakes up early just to make her coffee.

“You’re meant to be together,” Steffy insists. Taylor doesn’t doubt Ridge’s feelings for her but he’s still married to Brooke and with her right now. She gets it: Brooke was also a victim of Sheila’s.

Only Ridge knows what all of this means for any of them.

Bill and Wyatt drop by the cabin to visit Liam. He starts teasing his son for living in such a cosy little spot.

Liam insists Hope likes to be near her mom, especially since her separation from Ridge. He hands them beers and unpacks the situation.

Bill starts ranting about “that dressmaker” and his fragile ego. He thinks Brooke should have kicked him to the curb years ago.

They rehash what happened with Deacon. Bill doesn’t see the big deal. Liam agrees, but tries to explain Ridge’s perspective. His dad just thinks Ridge did what he always does: went crying to Taylor.

Wyatt fiddles with his phone and groans, “That’s rough.” Bill continues to complain about how blinded by self-righteousness Ridge is. Liam hopes it all works out somehow.

Bill thinks this is all because Ridge thinks he’s god’s gift to women. He’s sure that Brooke will never find anything of value with Forrester, especially with Taylor back in town.