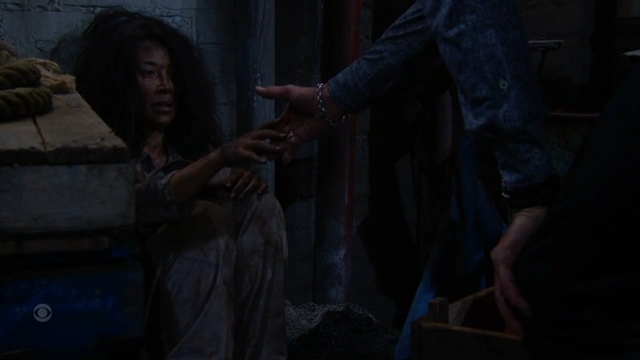 In the Friday, July 22, 2022, full episode recap of CBS’ Bold and the Beautiful, Ridge and Taylor continue to feel frustrated about Steffy’s condition, Sheila tries to evade direct questions from Finn, and Li tries to speak.

We also have Thursday’s B&B recap where Bill found Li alive and Taylor learned that Steffy checked herself in for grief rehab.

At Steffy’s, Taylor and Ridge worry about their daughter and what she’s been going through. They’ve been trying to call her for days. They never imagined she would be in a treatment center.

When she cries that she should never have let her go by herself, he tells her to stop. This is about the void Finn left and it will never be filled. He’s frustrated and blames all of this on Sheila.

The doctor says the rehab Steffy is at has a good reputation so she must be in good hands. He thinks they should jump on a plane and go. Taylor reminds him Steffy’s doctor doesn’t want her treatment interrupted. She thinks it’s good her kids are nearby.

Ridge feels like he should be able to take his kid’s pain away. Taylor tells him not to put this on himself. They worry about Hayes and talk about how wonderful Finn was and how cute he was with Steffy.

He told all those terrible jokes…

She wonders what it would be like if Finn was still alive. Steffy’s life could light up again.

At the hideaway, Finn demands to know what happened to his mother.

Sheila insists she’s dead and it’s not her fault. She was trying to protect them and caught Li trying to go to the police.

She reminds him that his mom was hiding him and letting everyone think he was dead. “My mom is dead because of you!” he bellows. He thinks she’s a crazy lady and he wishes he never met her.

“You do not talk to your mother that way!” she says. He yells back that she’s not his mother. Li is and always will be. She repeats that she didn’t kill Li. Admitting that she chased her, she never wanted to see her die.

Finn can’t believe a word she says. Sheila refuses to let him loose faith in her.

He needs to stay calm or she’ll sedate him again. Finn starts asking where his wife is again and if she harmed her.

His heart rate goes up and she tries to calm him, but he keeps demanding to see his family. Sheila asks him for a few more days to help him heal. He thinks this is really about her avoiding prison.

Grabbing her arms, he yells in her face that she killed his mom.

Bill finds Li in an old building on the beach. Not knowing who she is but sensing she’s a mess, he decides she needs some help. He introduces himself and asks if she will let him help.

When he offers to call an ambulance, she doesn’t like that. He doesn’t blame her for being afraid.

She asks for help. Bill decides to take her to his home and offers her his hand.

Bill takes her back to his place, gives her a blanket, and gets her to sit on his couch.

He’s sure that she’s unsure of everything but she is safe there. There is security and he poses no risk. When he offers to get her a doctor, she shakes her head.

She stares as he keeps offering her things. Eventually, he gets her some water.

Bill can tell she’s been through something traumatic and asks if there’s anyone he can call. When he asks about children, she gasps.

She tries to talk but it’s really difficult. “You have a…?” he prompts.