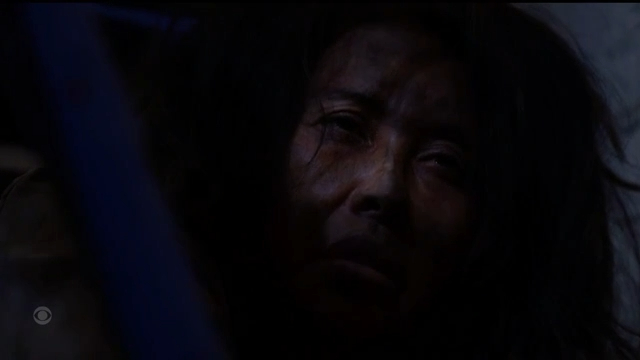 In the Wednesday, July 20, 2022, full episode recap of CBS’ Bold and the Beautiful, Finn demands answers from Steffy about where Li is, Taylor is frantic when she can’t get a hold of Steffy, and Wyatt asks Dollar Bill about his love life.

We also have Wednesday’s B&B recap where Finn begins to ask Sheila how she was able to keep him out of the hospital since she’s no doctor, and Deacon assured Hope he didn’t know Sheila’s whereabouts.

In his bed, Finn demands to know from Sheila what she did to Li. “Help me now,” he demands.

He repeats this a few times and she starts from the beginning and recaps the whole thing about her wanting to escape jail to find where he was buried.

She needed closure and recalls arriving at Li’s and then being shocked in finding him by chance. Alive. Finn wants the truth about where his mom is.

Sheila tells him how much grief she was in and how it haunted her. She reveals she was arrested and wouldn’t be able to put flowers on his grave or tell him how sorry she was.

She escaped to make Li take her to his final resting place. “Make her?” Finn asks. Sheila was trying to appeal to her, mother to mother,but she was acting cagey.

Finn assumes she was scared to death. Sheila knows she was afraid to learn the truth. “She called me names.” She details more about how Li called them co-mothers, that they could both care for him.

She reveals Li tried calling for help and gripes. “She betrayed me.” Sheila wonders why this “happens to” her and asks if there’s nobody she can rely on.

She blames others for things she does that she regrets. Finn asks what she did. She talks about the car chase and how Li lost control and wound up in the water. He asks if his mother is dead and Sheila says she is.

At the cliff house, Taylor leaves Steffy a message, frantic that she can’t get in touch with her.

Thomas and then Ridge stroll in and none of them can get in touch with Steffy. 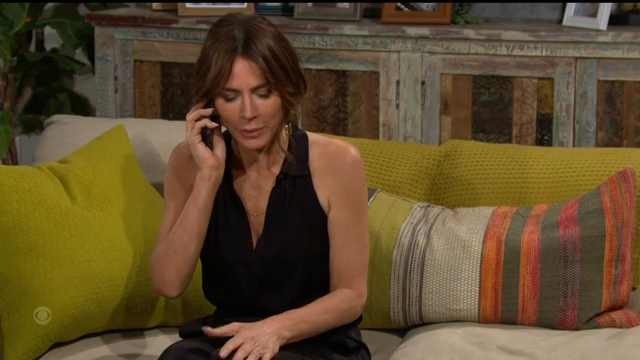 Thomas assumes she’s dealing with the kids. Ridge asks if Mike Guthrie rings a bell to Taylor. It does and he fills her in that the man was on guard at jail when Sheila escaped.

Ridge assumes he’s helping her now. He has to know where she is. Ridge paces and rants until a woman calls Taylor from Monaco with news about Steffy. Taylor’s shocked. She works for

a  mental health facility to receive 24 hour care. She’s struggling with her grief. Ridge asks about the kids and she says they’re with the nanny. The facility is more like a home. She’s receiving excellent care. The woman doesn’t recommend that they speak to her at the beginning stages of rehab.

She’ll keep Taylor updated on her progress. They disconnect and the three of them are in pain over how Steffy’s grief is so bad that she’s in rehab. They hate on Sheila.

At a seafood restaurant, Wyatt dines with Dollar Bill. He mentions that they’ve been spending a lot of time together. He’s curious as to what’s going on between his dad and Katie.

“Are you familiar with the term, nothing?” He’s given her space and is trying not to focus on his lack of progress.

They agree life is too short, thinking of Finn. Wyatt hopes Steffy’s distance helps her grieve. Bill doubts it. It’s not about distance but time.

Wyatt can’t imagine how she must feel. The husband and father of her son is just gone. Bill is compassionate as he agrees life is too short.

Wyatt’s shocked to hear him talk like this. Bill stammers as he admits that his son has helped him to grow a little.

Wyatt mocks him and Bill says, “Keep it up wise guy.” He says getting older changes you. Wyatt says, “Unless you’re Sheila Carter.” Later, Wyatt finishes up and takes off.

Finn leaves the seafood restaurant and hears noises in the alley. He finds someone groaning. He wonders if he’s being set up but then the woman raises her face. It’s Li and she’s alive, but dirty and unkempt.