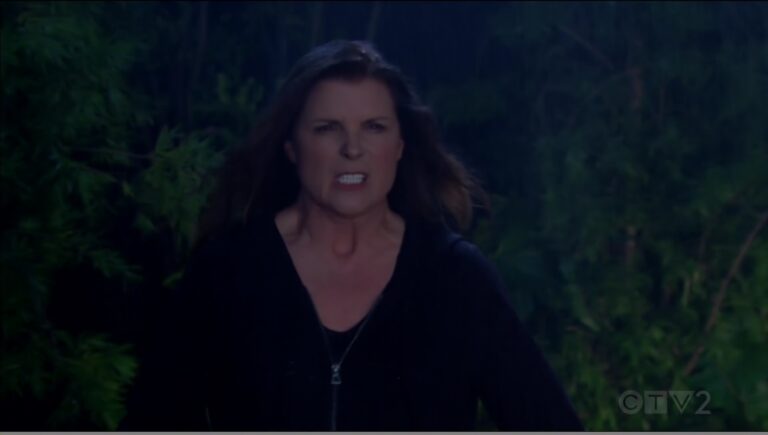 All of B&B’s stories could be great, award-winning stuff. It’s the repetitive dialogue, ignoring of history and odd pacing that keep the show from being as good as it used to be. Last week I ranted about the juicy details happening off screen.

This week, Sheila and Li became besties for a hot second before Sheila killed Li in a bizarre car explosion, while Carter was determined to rush a clueless Paris to the altar. Where’s the romance? Where’s the fantasy?

I poke fun at and criticize the soaps because that’s part of my job here. But let’s not forget the amazing people (in front of and behind the camera) and the hard work that goes into making every single episode of all of our shows.

Truth be told, I’m not into awards or awards shows. I usually don’t even watch. But this year’s Daytime Emmy Awards broadcast was a welcome treat for fans after so many difficult times—and there were a few wins that I particularly think were cause to celebrate.

The #DaytimeEmmys couldn’t be coming at a better time. I need something to get my mind off the disaster that was today. #YR #BoldandtheBeautiful #DAYS #GH

Daytime veteran and Bold and the Beautiful’s own John McCook won his first Daytime Emmy for Outstanding Lead Actor in a Drama Series as Eric Forrester. He’s had a lifetime of work in daytime and the recognition of his years of service was well-deserved.

Mishael Morgan from The Young and the Restless became the first Black woman in history to win for Outstanding Lead Actress in a Drama Series as Amanda Sinclair.

I think she might also be the first actor to be killed off, come back as a twin and win the top acting award. Correct me if I’m wrong.

Days of Our Lives won for Best Writing, with the devil possession story as part of their submission. The story wasn’t for everyone, but it was creative and out of the box and got the show tons of mainstream press coverage.

That Doug (Bill Hayes) and Marlena (Deidre Hall) clip still freaks me out!

As we go forward in these uncertain times, soaps are a constant in our lives that keep fans amused, enlightened, happy and talking to each other. That’s got to count for something.

Sheila’s on the loose and everyone’s just sitting around

Last week, we saw Sheila go from behind bars to on Li’s doorstep in nothing flat. I’m surprised she had the courtesy to knock on the door.

Meanwhile, Ridge the town crier is going from door to door to let folks know that Sheila is on the loose. Except for Li, who he must talk to on the phone for some reason.

Don’t the Forrester and Logan clans have a group chat for emergency announcements like prison breaks? Shouldn’t everyone know immediately so they can get to safety and not end up pretend-dead with a wax dummy in the coffin?

Because Sheila is often smart, it took her about two minutes to figure out that Finn was alive and Li was keeping it from everyone. Great way to set up a new chapter in the story!

Finn’s two crazy mommies being reluctant partners in crime to keep their son alive and away from those troublesome Forresters would be great. But that’s not what we got.

Sheila had temporary dumbness and bought Li’s excuse to leave, only for Li to go full dumb and make an emergency phone call on the other side of the door. Li could have got in the car and got going first, but that makes too much sense, I guess.

That car chase was ridiculous.

Never mind the fact that they got from Li’s house to the highway to the piers in minutes. Were those stunt scenes filmed for the show or did they use archival footage from an 80s police show? They were kinda cheesy.

Why did Li’s car explode and also get pushed into the water? It was excessive, especially for a character who has become a fan favorite.

So, is Li dead or not? Maybe we’ll find out next week. If an episode ends with an explosive climax, viewers will expect that same story to lead the next episode.

Carter has the dumb

“I need to move on. I need to marry Paris.” Carter keeps saying this but it still makes no sense, even on a soap opera.

Carter thinking that the wedding will somehow magically stop his feelings for Quinn is beyond dumb. Are we supposed to think he’s this dumb?

Not so long ago, Paris was threatening to ruin Quinn and Carter after she got dumped, and now she’s got the wedding bell hysterics for the same guy. Makes no sense.

At least this boring story is giving us more Ridge and Carter. I’ve been watching the show daily for a few months and I honestly did not remember that the two were friends.

Should anyone in the whole wide world be taking relationship advice from Ridge Forrester? On this day, yes. Ridge seeing right through Carter’s plan and knowing that his friend is still in love with Quinn was an unexpected delight.

Grace’s adoration of Zende is creepy

Grace Buckingham, doctor with too much free time, is back. I guess she slipped through that “stepped up security” Ridge has been raving about.

Grace should be in a church lady dress with an old hat and a bible because that’s the vibe her nutty dialogue usually gives.

Which is annoying because now that Carter actually went through with proposing, Grace’s rants are making sense.

Carter is using Paris and will make her unhappy. But some folks just have to learn on their own time.

They’re gonna get married at IL Giardino near the same place Steffy & Finn caught bullets? Classy. Hell, they could get hitched at In-N-Out Burger because this thing came together faster than the time it takes to melt cheese on a pair of Angus beef patties…😒 #BoldandBeautiful pic.twitter.com/6baOvEwGp2

What doesn’t make sense is Grace’s obsession with making a match of Paris and milquetoast Zende. On paper, Zende is a total catch but he’s hardly unique… or the perfect guy Grace thinks he is.

Zende should be out with a different woman every night and living the Los Angeles high life. He should be a bit of a bad boy whose antics drive story.

Instead he’s still wondering why Paris dumped him and if he’ll ever meet a woman he can settle down with. Are young rich folks really this dull?

If Grace knew that Zende also bounced between two sisters, I doubt she would be pushing her daughter at him. Grace’s adoration for Zende, who she barely knows, is creepy. So either drop it or make it make sense.

What should happen next? Just a few lines of dialogue about why Paris is so determined to marry a man she barely knows and her mother hates would make this story so much better.

If Grace revealed that Paris had been a child bride in a rushed marriage that nearly destroyed her, I could believe Grace being so protective of her daughter and Paris being so eager to get married again.

Friday’s episode should have ended with Carter and Quinn in a passionate kiss. What could have happened…

On Monday, Quinn’s bestie Shauna could show up at the office and accidentally walk in on the lovers. She’s shocked by the kiss and by Carter’s plan to marry Paris. Nevertheless, Shauna promises to keep what she saw a secret but pleads with Quinn to be honest with Eric and go to Carter.

Quinn decides to tell Eric that their marriage is over. When she sees Carter and Paris celebrating their engagement with Eric and a champagne toast and decides to keep quiet, play the happy Mrs. Forrester and let Carter go.

Still, she’s still thinking about how she and Carter professed their love and kissed.

Meanwhile, Grace is still lurking at the Forrester offices, where she runs into Shauna at the office. They talk about the upcoming wedding and Shauna learns that Grace is as against it as she is. Shauna encourages Grace to go crash the wedding to object to the marriage.

But Grace has other plans. She tells a delighted Paris that she will come to the wedding. Grace gets dressed up and remembers everything she said to Paris about Carter being no good for her “little girl.”

As Grace leaves, she slips a scalpel into her handbag.

Meanwhile… After finding Eric and Donna in bed together, Quinn finally snaps out of it and rushes to get to the restaurant in time to stop the wedding.

The wedding begins and Paris is cluelessly happy. When Charlie asks if anyone objects, Grace stands up and goes on another rant. She rushes the bride and groom and Carter’s eyes widen in shock.

Quinn gets to the restaurant and bursts in… to see Carter laying on the floor in a pool of blood. Grace has stabbed the groom. Taylor knocks her down and Ridge grabs the knife away. Grace is arrested and hauled away, leaving Paris is inconsolable.

Luckily, Bridget is there and declares it a flesh wound. Carter will be fine.

Paris goes to the police station and tells Grace they are no longer mother and daughter and to get out of her life. Grace continues her rant but Paris tells her that the only way she can convince Carter not to press charges and ruin her medical career is if Grace leaves Los Angeles.

Grace reluctantly agrees and is released.

Quinn tells Shauna she believes that she and Carter have missed their chance. She’s heartbroken and Shauna consoles her, but also advises her to take Eric to the cleaners. As she leaves Forrester Creations for the last time, Quinn runs into Donna and smacks her to the ground.

Carter and Paris later go through with the wedding at the hospital and leave on a long honeymoon. When they return to Los Angeles, Eric tells Carter that he and Quinn are divorcing. Carter is clearly shocked and bothered.

Carter and Quinn run into each other at the office again as she is clearing out her belongings. She’s leaving Forrester Creations and Los Angeles for a fresh start fresh, but the passion is still there and they kiss again.

Quinn reminds Carter he’s a married man, but his near-death experience has made him realize that you can’t fake love. He vows to tell Paris and end their marriage.

Just then, Paris enters the office, even more deliriously happy than usual. Carter tries to tell her that it’s over, but Paris interrupts to tell her husband some news…

What do you think? Is Li really dead or is she just working on her scuba diving? Is Carter really that dumb or is he just written that way? What are your thoughts on the alternative storytelling?