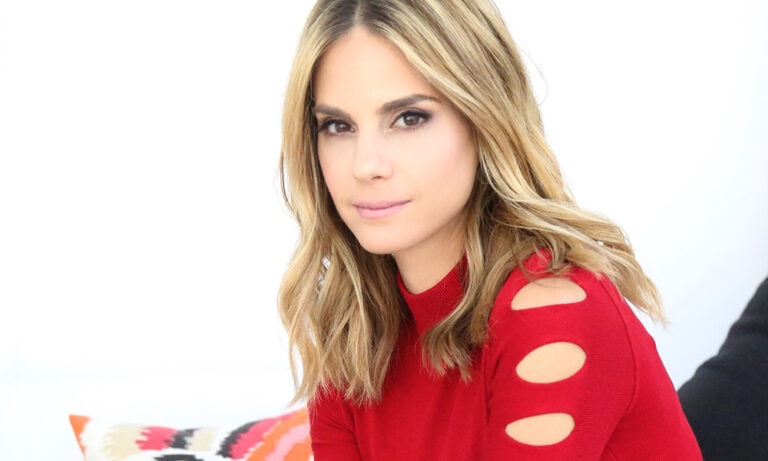 Dishing on who’s coming to Bold and the Beautiful and who is leaving the soap opera.

Kelly Kruger Brooks will be making another appearance as Eva, the Forrester’s International publicist.

Brooks has been in this role, originating it since 2014. Eva helps to oversee the photoshoots in Paris and in Amsterdam. She was last seen on November 2, 2020. Kruger may be familiar to Young and the Restless fans since she’s known for portraying Mackenzie Browning on the show from February 2002 – July 2003. Kruger has also done a fair amount of television movies such as Girls Night Out, From Friend to Fiance, A Very Corgo Christmas, and Blue Mountain State: The Rise of Thadland. Incidentally, she’s married to Darin Brooks, who portrays Wyatt Spencer on Bold and the Beautiful and was Max Brady on Days of our Lives from 2005-2010. The couple recently had a daughter, Everleigh.

Ashley Jones makes her way back to B&B with Bridget appearing on February 8.

Bridget Forrester first appeared on the soap in 1992, born to Brooke and Eric Forrester. As a child, Agnes Bruckner was in the role, and when aged, Jennifer Finnigan was recast and stayed from 200-2004. Ashley Jones meanwhile started in 2004 and has been in and out of storylines ever since. Jones was also seen as Megan Dennison on Young and the Restless from 1997-2000, and in a role as Parker Forsyth on General Hospital in 2016.

The two actresses spoke with Soap Opera Digest about their returns. Kruger stated, “Eva is in L.A. for work. She’s helping out with the Forrester Foundation, so she’s working with Katie and Paris.” When asked about set life during the pandemic, the actress stated, “I have such good memories from this building, but right now at this time with the pandemic, it can be a little isolating. But as soon as I get on set, there is this burst of amazing energy. You are constantly welcomed back with open arms. It’s like this warm feeling of seeing my family again.”

Jones reported that her character was in town for medical conferences all the time. About studio life, she reveals, “I’ve been blessed to continually come back, nearly year after year after I went off contract, so I never feel that far away. And, we are close outside of the set. But yes, it is different because of Covid. Kelly gets to share a [dressing] room with Darin [Brooks, Wyatt, Kruger’s real-life hubby] for obvious reasons, so she’s not alone in her room, but you don’t get to socialize or run lines. I would just sit in my room by myself waiting to be called. You can’t hang out in the makeup room or on set. There’s no commissary, so it is very different. I am very much looking forward to the day when Covid is in our past.”