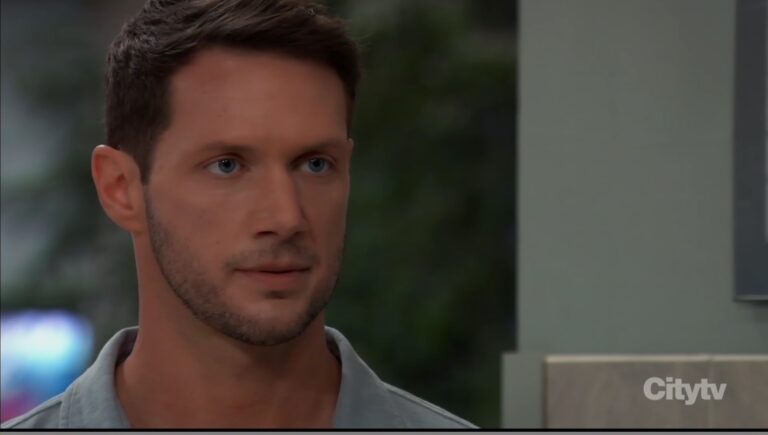 What’s coming up on General Hospital this week? Brando tries to keep Sasha from losing it, Nikolas throws his energy into some grand gestures, there’s another emergency at the hospital, and it’s too late for some.

Willow finds a visitor at her door, and the conversation takes a turn when Michael arrives.
Curtis tells Marshall it’s too late.

GH recap -Harmony confesses to Alexis and then threatens her.
Sasha urges Nina to think about what she’s doing.
Sonny vents about Michael.
Lucy and Liz talk the supernatural.

Alexis and Carly find themselves in a dire situation.
Sonny’s upset by Dante’s inquiry.

Willow is concerned about Michael’s decision.
After a disagreement with Finn, Lucy offers a suggestion to help Liz.
Sasha shows up at Nina’s in the nick of time.

The latest GH casting news the new cop on GH

While Sonny gives Curtis advice about his father, Portia and Drew worry how Marshall’s plans are affecting him.
TJ gets an unexpected gift from his grandfather.
Nina shares her concerns with Brando.

GH recap – Harmony is rushed to the hospital.
The paparazzo offers Sasha a deal.

While alone at the gallery, Trina alerts to the sound of the door being closed.
Dante meets Willow and Michael at the Metro Court Gardens.
Sam rushes to General Hospital.

GH recap – Esme gets in Trina’s face and gets a threat in return.

Brando tries to calm Sasha.
Sasha tells Willow she’s responsible for the accident.
Ava and Nikolas have a fight and then make out.

Ava comes to her senses and refuses to make love with Nikolas.
Esme eavesdrops on Spencer.
Spencer manipulates Esme.