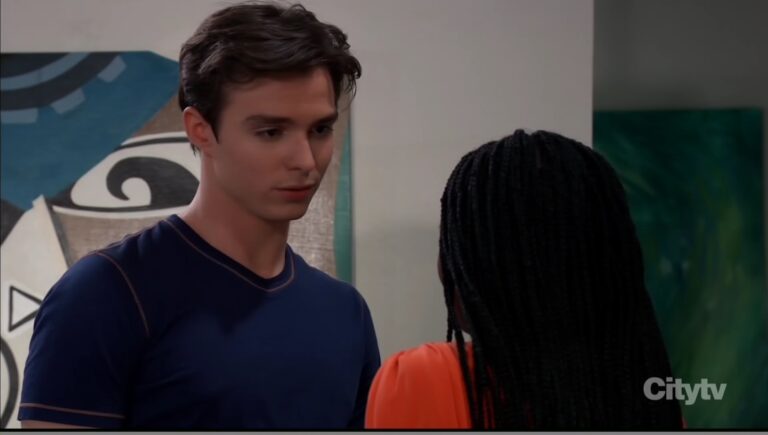 Co-Head Writers Chris Van Etten and Dan O’Connor have released their latest teases to Soap Opera Digest on what’s ahead in the coming months for the people of Port Charles.

It looks like summer will be simmering with a few secrets and, more importantly, a couple of new characters who are sure to upset a few unstable relationships.

Since coming back to town from Nixon Falls, Sonny (Maurice Benard) has been struggling to maintain his grip.

He may have lost it over his family, but things were marginally more secure in his business.

But both his personal and professional life are headed for more major upheaval.

Wanting to protect her family, not to mention stick it to Nina, Carly (Laura Wright) has decided to keep the truth about Willow’s (Katelyn MacMullen) biological mother a secret, but this is sure to come back and bite her.

The fact that Drew (Cameron Mathison) is the only one to know all this is sure to throw added friction into the works.

Michael (Chad Duell) and Willow have some good news, but it looks like it will be crowded out by more immediate issues that she has to face.

Even with all the recent chaos, Nina (Cynthia Watros) gets the chance to claw back some of the positive aspects of her reputation if she’s willing to take it.

Steve Burton to Days’ Beyond Salem

Chase (Josh Swickard) and Brook Lynn (Amanda Setton) team up once again to take down an enemy, but they have a hard time keeping their barely concealed feelings down.

Anna (Finola Hughes) is used to Valentin (James Patrick Stuart) being devious, but he may have crossed a line that she can’t cope with. As she looks for the man who Jennifer (Holly Gagnier) was last seen with, Valentin is in a perfect position to sabotage her investigation.

Valentin has other pots on the boil as well, not least of which is the attempt by Michael and Drew to oust him from ELQ.

Will his offer to Ned (Wally Kurth) be enough to sway things in his favor, or will Carly throwing her support behind her son knock off the delicate balance?

If Valentin is working hard to keep his secret, his father Victor (Charles Shaughnessy) is working overtime to keep the rest of the Cassadines in line, which is almost impossible given their chaotic love lives.

Dante’s (Dominic Zamprogna) past has come back to haunt him, and it is throwing some major shade over his relationship with Sam (Kelly Monaco).

The cop is not the only one with a few shadows in his past. Maxie (Kirsten Storms) discovers that Austin (Roger Howarth) has a few skeletons in his closet after all.

Mac (John York) and Felicia (Kristina Wagner) still aren’t sure what each other wants, or even what they want for themselves, and spend the summer looking for options for their futures.

Spinelli (Bradford Anderson) may wind up being the person who blows things up the most in town, even if it’s purely by accident, as he’s sitting on a secret that could have unpredictable consequences.

Alexis (Nancy Lee Grahn) may no longer be doing battle in the courtroom, but she appears to have found a worthy sparring partner in Gregory (Gregory Harrison) as the two of them battle over how things should be at The Invader.

Gladys (Bonnie Burroughs) continues trying to hold Sasha (Sofia Mattsson) together, but it may be too late.

Soap alum Josh Kelly is joining the cast as a man with connections to Port Charles.

However, his major connection is going to be with Britt (Kelly Thiebaud) as he upends the troubled doctor’s life when he falls into it.

Thanks to his family’s unrelenting push to get the truth out of him, Marshall (Robert Gossett) finally tells TJ (Tajh Bellow) and Curtis (Donnell Turner) everything he knows, but he may be missing some important pieces to his own story.

Portia and the paternity problem

If his father wasn’t making his life complicated enough, Curtis could be headed for another shock as Jordan (Tanisha Harper) contemplates telling him about Portia’s (Brooke Kerr) confession regarding Trina’s (Tabyana Ali) paternity.

Trina’s trial will be dramatically resolved this summer, but will Spencer (Nicholas Chavez) get the evidence they need about Esme (Avery Kristen Pohl) in time?

Even if he does, the tension between Cam (Will Lipton) and Joss (Eden McCoy) over the situation may have broken the couple for good.

Liz (Rebecca Herbst) remains convinced that the diagnosis she receives completely resolves her recent mental problems, but Finn (Michael Easton) and Laura (Genie Francis) are sure that there is a lot more to it.