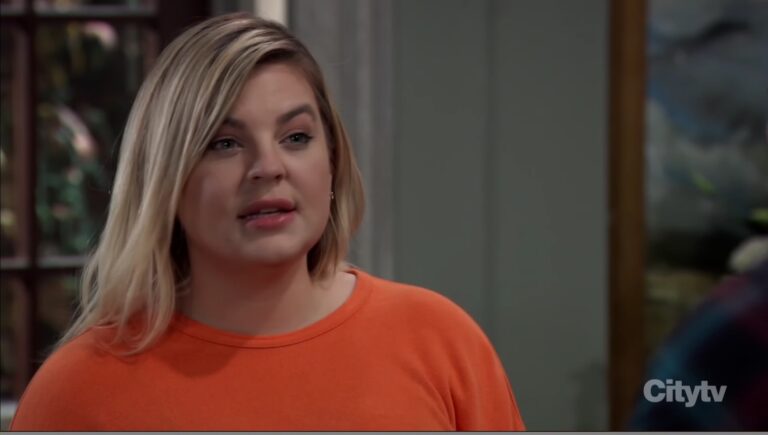 SoapsSpoilers’ General Hospital recap for Thursday, December 2, 2021 episode. Recaps go live at approximately 3:00 PM EST. Today, Maxie panics about protecting her baby, Brando sneaks Sasha in to see their child, and Sam has an idea for her mother. We also have Wednesday’s GH recap where Sam and Dante made love and Alexis was shocked to see Victor alive.

In her kitchen, Carly tells Donna that she’s fortunate to be too young to understand what’s going on. Sonny says that Carly was lucky she had nine months with Jason. She doesn’t even know if she slept last night. He says it was a good thing she wasn’t home last night because Renault called to gloat about Jason being dead. Carly suspects Laura is out of town because she’s hiding from Cyrus. 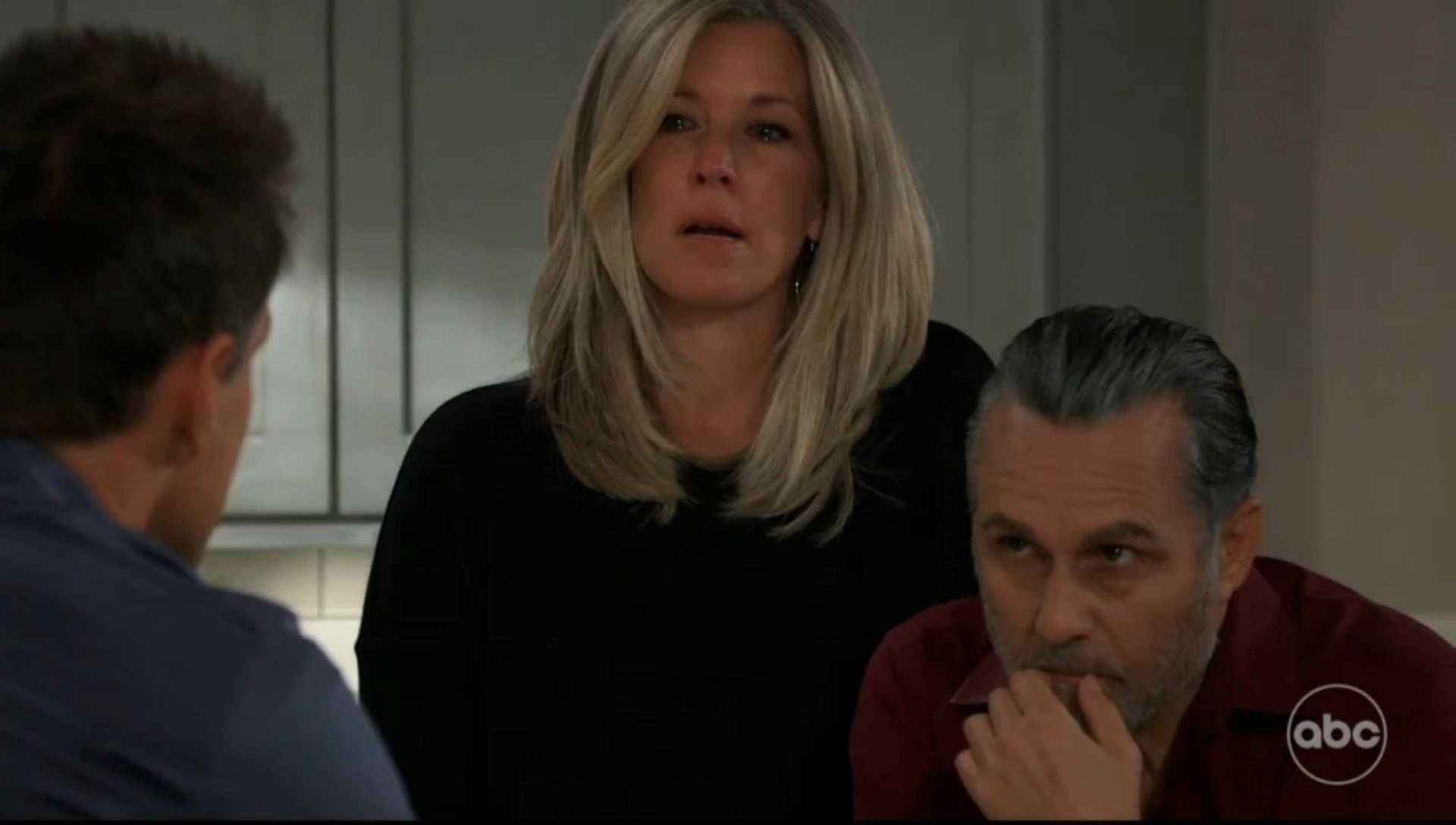 Drew drops in, happy to meet Donna. He knows who hard losing Jason must be on them and worries that he’s just a reminder of that loss. They remain happy to see him and have him back.

He recounts everything that happened with Jason on the island and worries that Peter might still have a hold over him. What if Maxie is in danger from him? he wonders. Sonny assures him if he needs anything, he only has to ask. Drew thanks them for everything and they ask him not to be a stranger. After he leaves, Carly reminds Sonny they should get to the hospital to support Brando.

When Sam arrives at Alexis’, her mother wonders what kept her away last night. The place is a mess and Alexis doesn’t waste any time telling her all about the bang up dinner. She can’t believe Victor is alive and Valentin’s father. Sam’s sorry she missed all of that. Her mother is surprised to hear that Drew is alive and back. 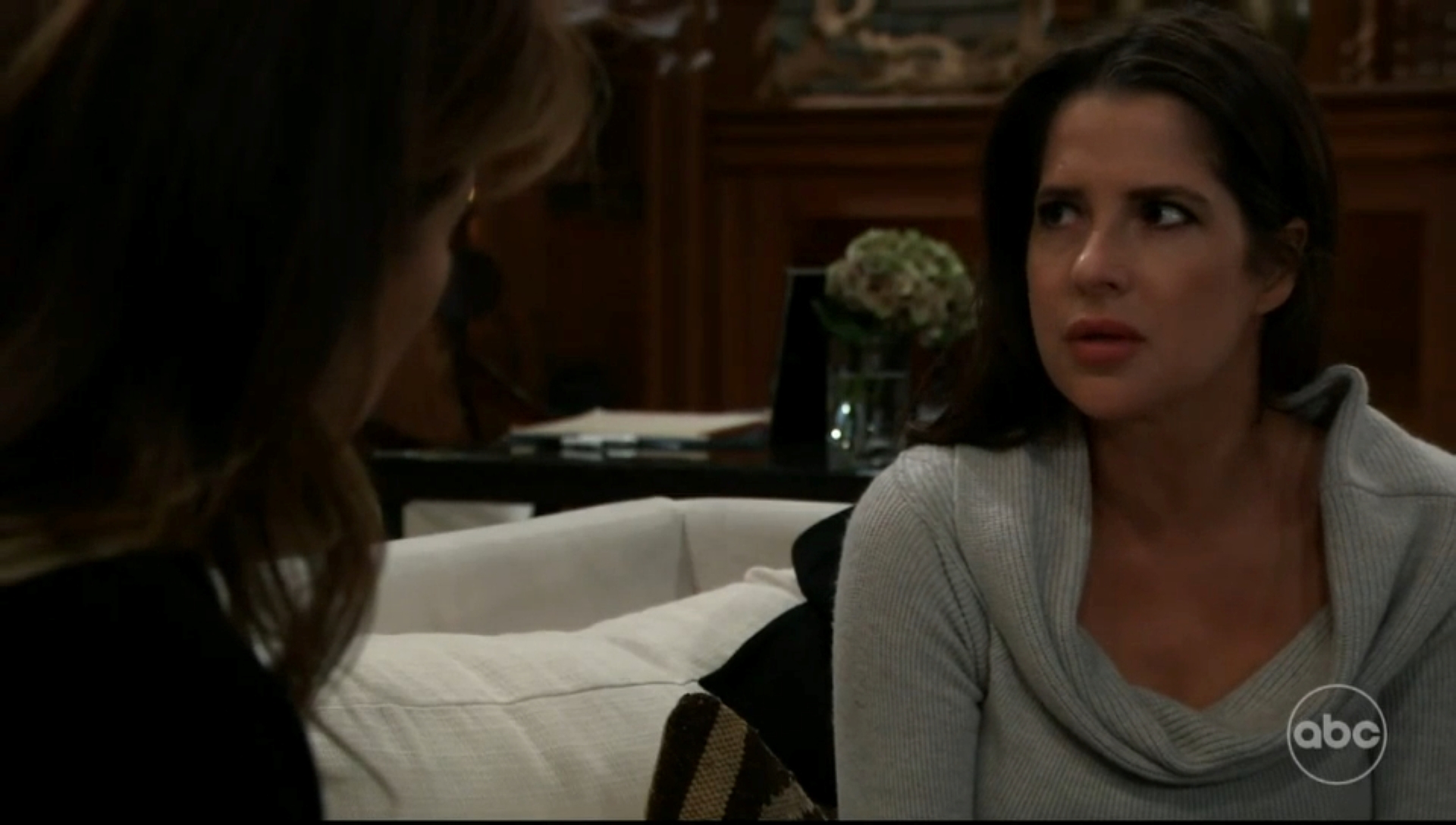 With some difficulty, she explains that Jason is dead. Sam loved him a lot. Alexis assumes this must be a confusing time for her. Sam says it’s not at all. It has clarified a lot and she’s happy, even if she’s devastated about losing Jason. Alexis is happy too. She’s out of prison but doesn’t know what to do. The law was her life. Her daughter suggests she become a PI now that she doesn’t have a partner. Sam is sure this could be a great second act for her.

Valentin bumps into Anna in the halls of General Hospital. He had to come back after he burst his stitches. They duck into an office and she wonders what has been going on. He explains that Bailey is not his daughter. Chase is the father and the Cassadine has already looked for ways to get revenge.

GH brings Kristina Back to GH

She wonders when he is going to face the real problem – the emotional trauma of losing a child. Anna insists that seeking revenge is no longer the man he is. She saw him with that baby and knows how loving he can be. He’s determined that if he has to hurt over and over for losing that little girl, Brook Lynn has to hurt too. She holds him and he admits that he doesn’t know how he is going to tell Charlotte or say goodbye to Bailey. Once he has to say those words, all of this will be real.

Dante gets out of the shower and resists answering the phone as his mom calls.

Dante arrives in the Quartermaine kitchen. His mother can’t believe that Jason is gone. Dante says his death touches a lot of lives. “A lot of people are crying their eyes out today,” Olivia says, wondering where he’s been. He admits he’s been with Sam and her kids. She needed someone to be there to help her sort through her feelings after Jason died. His mom assumes things are getting serious between he and Sam and is glad to see he’s happy.

Chase stops by the Quartermaine estate and tells Brook Lynn that he is still on suspension. He can’t tell the police what’s really been happening to justify his attack on Valentin. She insists that he’s a hero. Maxie interrupts to tell them that she’s having regrets about all of this.

Losing Valentin means losing his protection. He’s the only one of them who is capable of taking down Peter like the animal that he is. Brook Lynn thinks she’s making emotional arguments out of fear.

Maxie underestimated how irrational Peter was in the past but she won’t be making that mistake again. She’s sure that everything that led Chase to the truth will lead Peter there. Having Chase acting as her father will not protect her. Brook Lynn insists there is no way to change things. The cop doesn’t even have a service revolver anymore. Maxie decides that she needs to confront Peter.

Later, when Maxie heads into the kitchen, she’s startled to run into Drew. Meanwhile, Brook Lynn and Chase realize that Maxie may be on to something. There’s no telling what else Valentin might do. He shows up at the door. 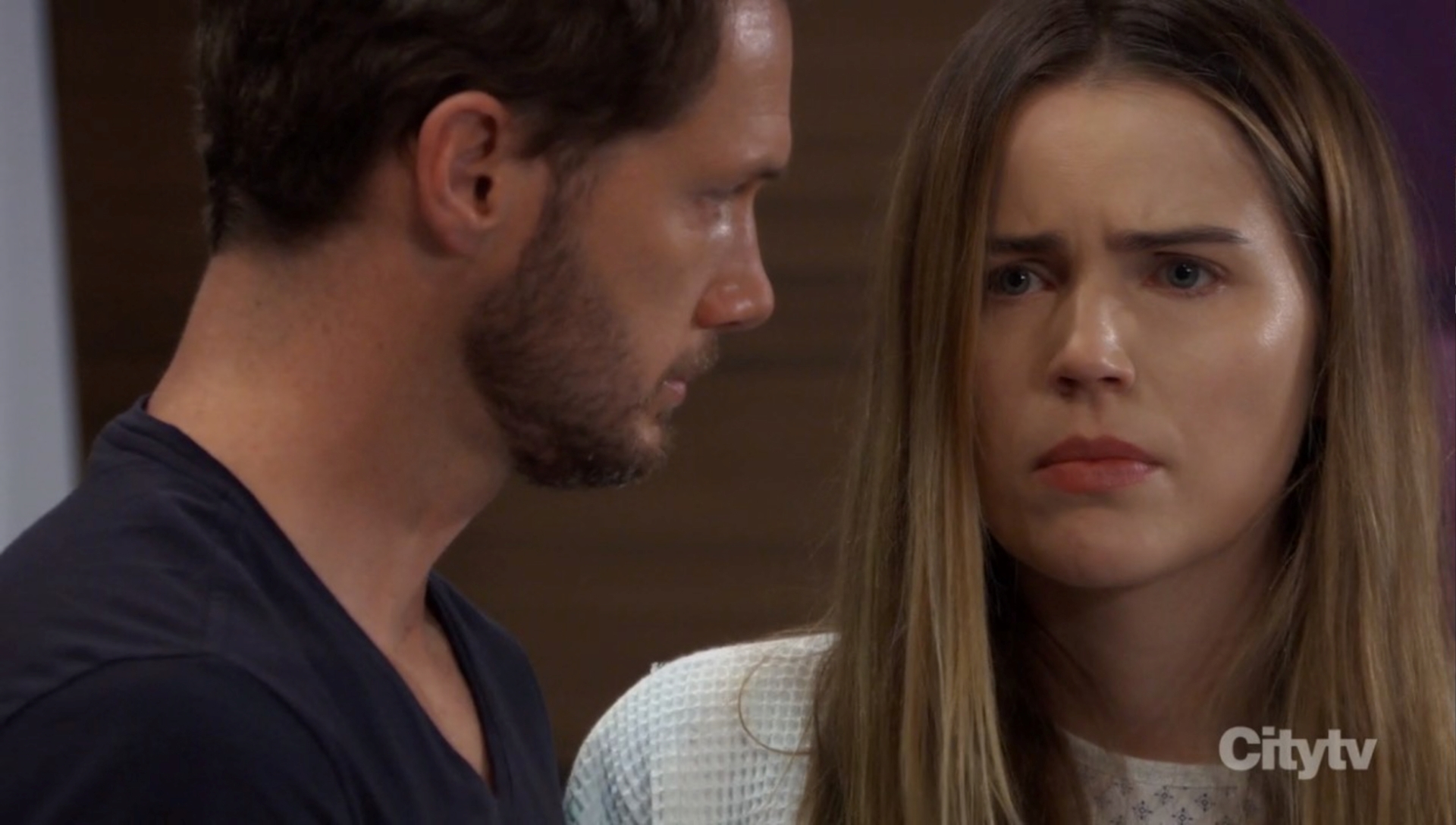 Nina joins Brando outside of Sasha’s room in General Hospital. He knows that she’s getting better physically, but…They hear Sasha fall out of her bed and rush in. As they help her up, she demands to see her baby. Brando assures her that he’s fine. He saw him this morning. She wants to see Dr, Navarro but she’s in surgery. They decide to distract Amy the duty nurse so Sasha can sneak down to see her baby.

Nina heads down the hall and starts pushing buttons to distract Amy. When the nurse rushes after her, Nina claims that she’s trying to do an article about nurses. Amy is excited about the prospect of being a model. Nina tells her she wants to show the world how noble her profession is.

As Brando rushes Sasha down the halls, they bump into a woman who recognizes her as the face of Deception and requests a selfie. After she takes it, she wants to see the baby with them. Brando refuses and wheels Sasha down to see their baby, warning that he’s hooked up to machines.

They go in and she says he’s beautiful and has a crinkle in his forehead like his father. She cries and takes his hand and tells him how much she loves him. They need to give him a name to explain exactly who he is. Mike will be his middle name to honor his cousin.

She was only considering silly names when she was in labor. He’s found a name that means strong-willed warrior: Liam. They are determined to take him home and show him the best life he could have.

They sneak back upstairs and tell Nina the baby’s name. Brando tells Sasha she keeps proving that she can get more beautiful. Amy comes in to announce there is news about their baby.