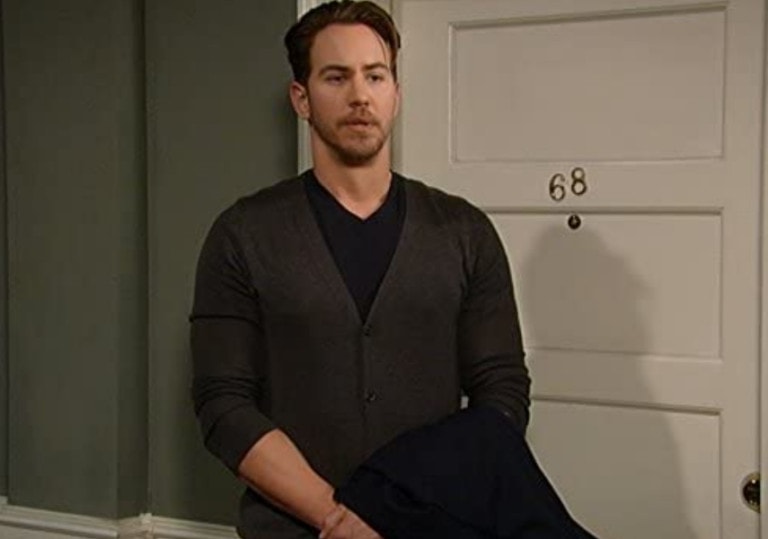 This isn’t the first time the actor alluded to a possible end to his time at General Hospital.

Wes Ramsey exited General Hospital February 23 as his dastardly character, Peter August was killed off. The actor took to Instagram and thanked his fans. “Thank you for taking the journey with me. To those who were kind & supportive, my heart has felt inspired by you. To my friends & family (& the fans everywhere), it has been an honor to give everything I had to this & I will never forget how fun it was to entertain you. To the cast & crew, thank you for welcoming me into your world & for giving me a chance to play with you each day. To the writers, producers & directors, thank you for trusting me with all we did together. It was one helluva ride…”

Finola Hughes (Anna Devane) replied, “It was a privilege to play opposite you, thank you for always being present, available and having grace and integrity to boot. Love ya Wes. Thank you for being a chilling yet wounded character. You left it all on the stage….. ❤️ fin x”

Wes Ramsey confused fans with a post on February 6 on Instagram, when he said, “There’s no greater sense of creative fulfillment than reaching the end of a truly epic week on set doing what you love. A big shout out to all the #GH cast and crew. I’m inspired by & grateful for each & every one of you. Thank you for sharing in the adventure of this Port Charles journey.” When fans questioned if his days were numbered on the ABC soap, Ramsey, who portrays Peter August, was quick to update his post saying, “Based on a tidal wave of comments, I must now preface–this is not a farewell post.* lol (just had a great week at ‘the office’) so thank you for all the kind & supportive words. #GH has the best fans on the planet.”

Peter August has been one slimy character to many General Hospital fans who somehow has lied and schemed, framed others, and through all his misdeeds, has had someone cleaning up his messes. Many fans have wanted to see his day of reckoning for the myriad of misdeeds such as organizing the hitman to kill Andre Maddox (Anthony Montgomery) and Franco Baldwin (Roger Howarth) and ordering Drew Cain’s (Billy Miller) plane to go down while framing Dr. Liesl Obrecht (Kathleen Gati) for the job. The list of crimes goes on.

Ramsey might have once again confirmed what we’d suspected which is that Peter’s life really is on the line this time. He retweeted a post on Twitter by @10thFloorGH who posted a tweet asking, “Who will kill Peter? @wesramsey should be scared. Tap to find out who’s gonna do the deed!” Is the actor having a bit of fun at his character’s expense, or is he really on his way out?