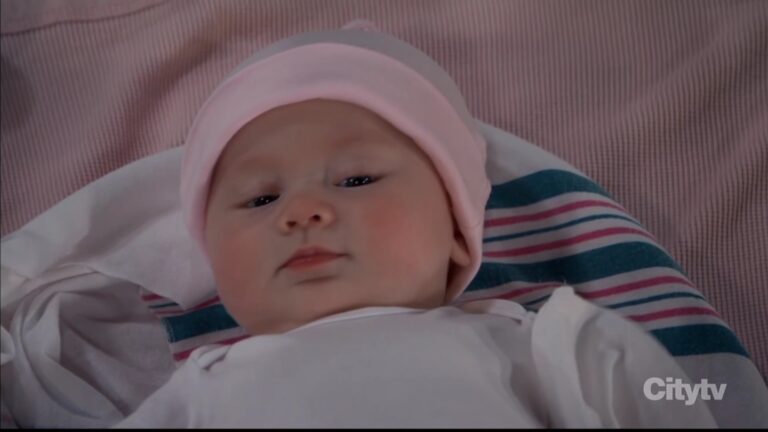 Who is returning, who is out at General Hospital winter and spring of 2023? Find out what’s coming up for your fave Port Charles residents this winter.

Twins Owen And Nathan Ford have been portraying Baby Girl Corinthos-Tait since January 31.

Inga Cadranel returns to GH as Harmony Miller who is seen in heaven as Willow Tait (Katelyn MacMullen) flatlines.

Adam Huss returns to General Hospital on January 31 to take over as Nikolas Cassadine. There’s no word yet on what kind of contract he has.

Stella Henry’s back in Port Charles with Verrnee Watson resuming the role.

Lynn Herring made a shocking return to General Hospital while her alter ego Lucy Cole was strung up in the catacombs in Paris. Her first airdate back was January 24.

Starting Monday, January 23, Noelle Messier will be portraying ‘inmate Ramona’ on General Hospital, who gets into an altercation with Esme (Avery Pohl) before Heather (Alley Mills) intercedes.

Denise Crosby is back to GH as Dr. Carolyn Webber starting Friday, January 20.

Jane Elliot is returning to General Hospital once again as Tracy Quartermaine. She’ll be back in April and will be around for a long while.

Real Andrews is back to General Hospital again as Taggert, who appears this week in scenes with Trina (Tabyana Ali), Curtis (Donnell Turner), and Portia (Brook Kerr).

Gabriel Sky will be seen this week as “French Boy” who is in scenes with Violet (Jophielle Love), Valentin (James Patrick Stuart) and Anna (Finola Hughes).

Sky is incidentally the brother of Jophielle Love.

Rene is played by Maria Tonberg.

Tonberg portrayed Agent Reznik on Days of our Lives in 2017, and more recently, she was Kat in In the Shadows, the TV series. 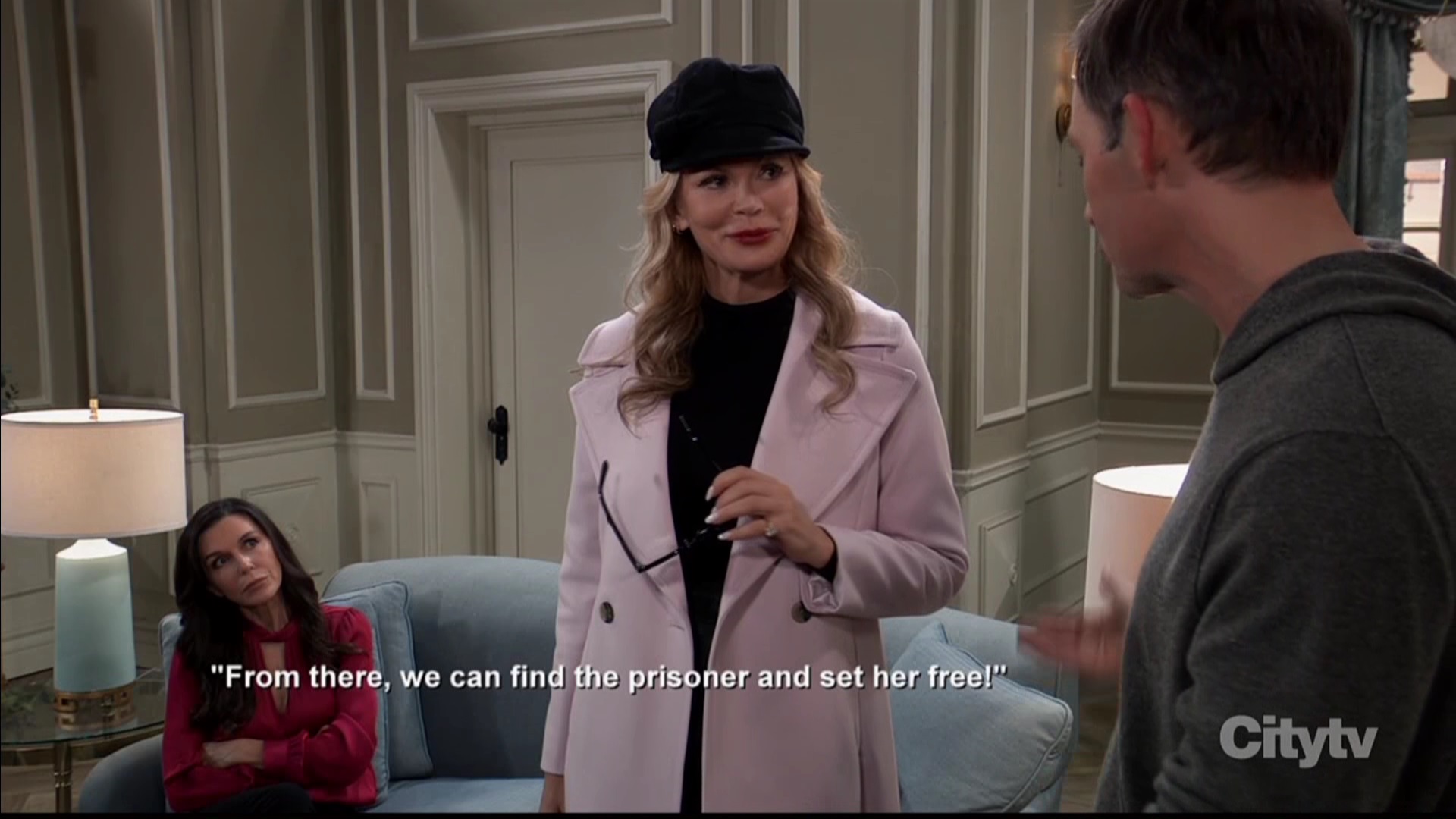 The visit is brief. He’s in and out in a day.

In the December 23 episode, Ellie Trout got a call from him.

Emily Wilson makes a return as Ellie Trout in the December 23 episode of GH.

She’ll be in scenes with Spinelli (Bradford Anderson). She also has a connection to Dr. Griffin Munro. She last was seen in January 2016.

There is no word on his last airdate or who will be taking over the role for him though Adam Huss (seen below) has been filling in for the actor on and off for several episodes this year. Currently, there is no plan to recast him, though we believe it is possible Huss might be briefly returning in Nikolas’ last scenes since Coloma allegedly refused to return for those.

In an Instagram video, Coloma shared, “It’s hard to even say it.  I get so sad when I think about it. Look, I don’t know what I can or can’t say other than what an incredible ride. There is such a family feel at General Hospital, which I felt so blessed to be a part of. And I’ve said this a million times, the fans are the best fans in the entire world. And I think a lot of that is just because you guys have been watching for such a long time. So, thank you for including me, thanks for the love, happy holidays. You guys, Maurice said he’s gonna change his number on me but I know where he lives. I know where Kin Shriner lives. We’re still gonna film things. Much love.”

Michael Blake Kruse made an exit in a final way when Rory Cabrera died after being the latest victim of the Hook Killer.

His last airdate was December 15.

The actor stated on an Instagram post, “Many thanks to everyone who has sent me supportive messages in light of Rory Cabrera leaving the GH canvas. I enjoyed playing the character and valued his essence. Yes, he was unsophisticated and naive but at least he was genuine. In particular with Trina, he was always sincere and had her best interests at heart. That has to count for something Sprina fans. Rory was a mediocre cop at best, but Port Charles isn’t the easiest town to police. He was also equipped with a hostler from the 70s, no radio, and no bulletproof vest. Above all, I had the pleasure of working with some incredible people and have a newfound respect for everyone involved with daytime TV. It’s easy to critique but not easy to create. All of my love and appreciation to the fans who were supportive along the way.”