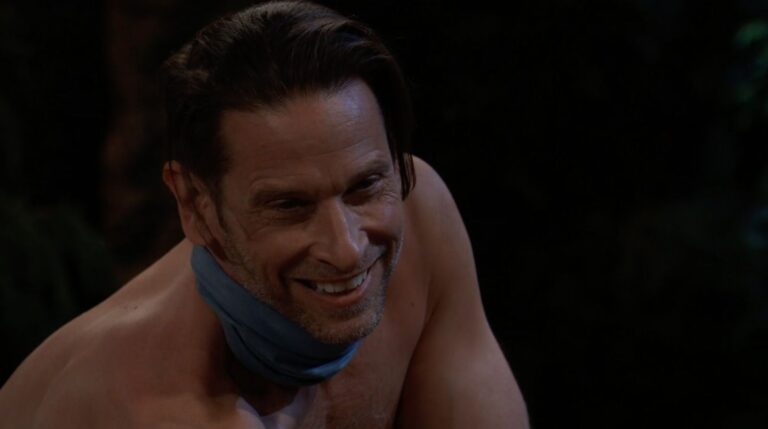 Soaps Spoilers is back with all-new General Hospital spoilers! The week of May 31 – June 4.

Jason and Britt had sex and fought, Mike and Nina kissed after they exposed Elijah, and Gladys was shot during a shootout when Carly’s crew burst into the warehouse. Meanwhile, Maxie woke up in a sofa in some cabin and was shocked when Chloe (Kimberly J Brown) told her she drugged her so she could have the baby there tonight. Maxie attacked Chloe with a fire poker. Maxie ran into the woods and since she’d been cramping, she lay down to give birth when Austin (Roger Howarth), a Franco look-alike appeared and helped her give birth to baby Louise.

General Hospital spoilers for the week of May 31 – June 4.

An encore episode will air today from Wednesday, November 4, 2020.

Laura makes an unsettling discovery.
Curtis reaches out to Jordan.
Jackie is sympathetic.
Gregory suspects Finn has been avoiding him.
Peter is backed into a corner.