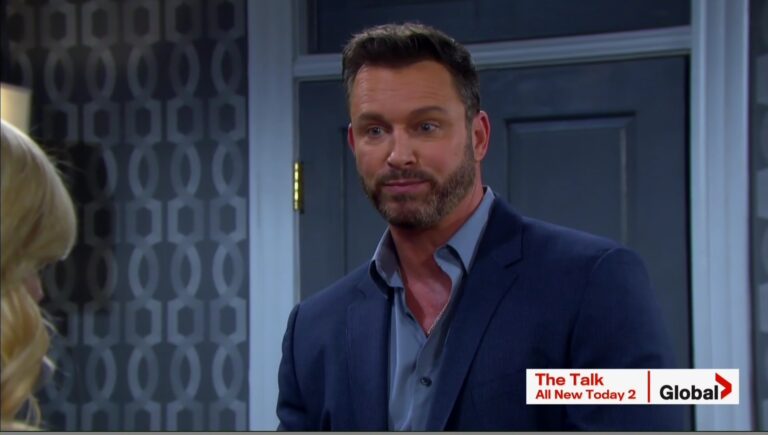 SoapsSpoilers has the Days of our Lives spoilers the next two weeks. First, take a look at the Days July 4-8 spoilers. Then check below for what’s coming up the week after!

EJ is displeased when Johnny informs him it’s Lucas and Sami’s wedding day.

Allie presses Nicole about her feelings for Eric.

Will notices Lucas’ hand is cut.

Lucas makes a confession to Will. He got drunk and his hand was cut. He doesn’t know how.

Kate has a slip of the tongue with Chad.

Eric tells Roman that he and Nicole are done. He believes in the sanctity of marriage.

Marlena and Sami share scenes when Sami goes to her mother’s to get prepared for the wedding.

EJ and Johnny talk about Chanel’s feelings and how she hasn’t yet reunited with him.

EJ tells his son he’s glad he’s fighting for the woman he loves. He thinks EJ’s still in love with Sami.

Allie and Johnny bicker over Chanel as they prepare the church for the wedding.

Sparks fly between EJ and Sami as they discuss her pending nuptials.

Lucas and Sami’s wedding begins. Lucas looks as though he’ll vomit from keeping his secret.

Sami is so happy she’s almost in tears.

Chad has a stunning realization about Abigail’s murderer.

Chad is comforted by Will when he recalls how much Abby loved weddings.

Lucas breaks down crying as he and Sami exchange rings.

Kate looks like she’s feeling terrible about her secrets as she watches the wedding.

Chad stops the wedding by grabbing Lucas by the lapels. Everyone screams!

Chad says Lucas killed Abigail because she found out that he’s the one who kidnapped Sami.

Chad accuses Lucas of being behind Sami’s kidnapping and of killing Abigail.

Lucas doesn’t deny and then outs himself.

Sami’s world is turned upside down. She’s shocked that Lucas betrayed her.

Belle and EJ commiserate with each other.

Belle and EJ have sex.

Nicole is stunned by Eric’s news about Lucas and Sami.

Sami finds Belle’s bra in EJ’s bedroom and assumes it belongs to Nicole.

Belle hides in the closet as EJ tries to get rid of Sami.

Will and Allie discuss their parents non-wedding.

Sami and EJ have an explosive encounter.

Rafe breaks up Chad and Lucas.

Sami tells her mother that EJ and Belle had sex.

Marlena’s astounded with the news.

Roman goes to EJ to tell him that Kate knew about Lucas being the kidnapper since January.

Steve and Kayla are back in Salem from Beyond Salem 2.

Kate is unhappy when she learns of Lucas’s plan.

Brady and Chloe give Belle advice about Shawn.

Belle is hurt knowing that EJ’s still in love with Sami.