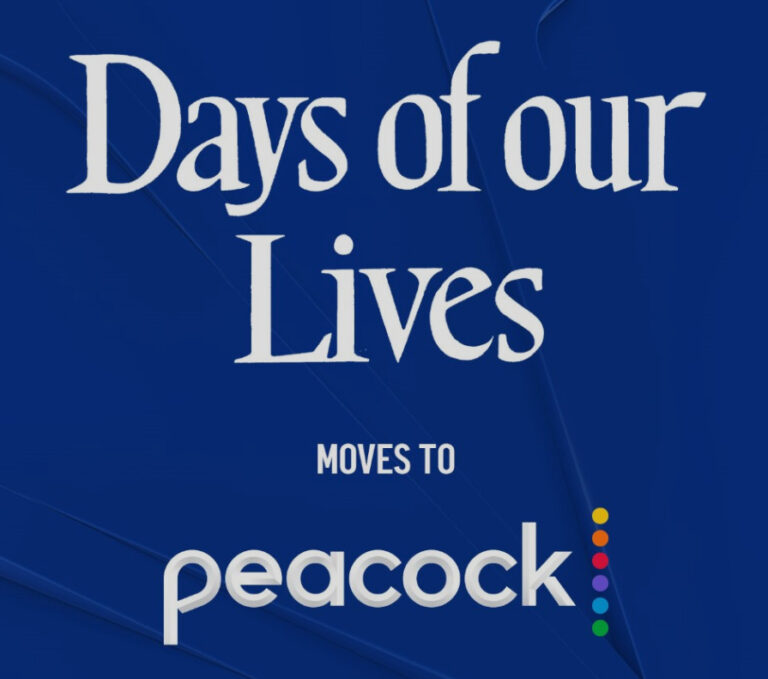 Long-running soap opera Days of Our Lives will have a new home this month.

Beginning on September 12, Peacock will become the exclusive source for the soap opera, making the end of its run on NBC.

This week was the 2,966th week of Days of our Lives airing on the network.

How to watch Days of our Lives in USA?

To catch all-new episodes daily, viewers will need to visit Peacock, where Premium subscribers will also be able to access the show’s substantial library.

New episodes will be available at approximately 6:00 am EST/3 am PST.

In the United States, Days will only be available on the Premium or paid tier of Peacock.

Throughout the month of September, Peacock is running a special offer.

Peacock is available on any internet-enabled device within the United States, including tablets, cell phones, laptops and desktop computers, as well as compatible Smart TVs.

Fans of the series will also be able to stream the Peacock Original Days of Our Lives: Beyond Salem chapters 1 and 2.

What happens to the Days timeslot after the move?

Folks wondering what will happen to the timeslot for DOOL once it’s gone should know that the timeslots previously occupied by Days of Our Lives on NBC will now air NBC News Daily.

Mark Lazarus, Chairman, NBCUniversal Television and Streaming, has justified the switch by stating, “With a large percentage of the Days of Our Lives audience already watching digitally, this move enables us to build the show’s loyal fanbase on streaming while simultaneously bolstering the network daytime offering with an urgent, live programming opportunity for partners and consumers.”

If you are a viewer in the States and have additional questions, NBC has set up a toll-free customer care line: 855-597-1827.

Days star Greg Vaughan (Eric Brady) encouraged fans to take the leap to the new streaming site with him.

And so did co-star Peter Reckell (Bo Brady).

Take it from Bo! Peter Reckell has a message for our Days of our Lives family.
Stream Days of our Lives exclusively on @PeacockTV beginning Monday September 12th. A special $1.99 per month offer (for 12 months) is available now for a limited time. Terms apply. pic.twitter.com/c2MIN5ZJY1

REMINDER: Starting Monday, new episodes of “Days of Our Lives” will premiering only on Peacock, keeping the program free of preemptions and interruptions while showing fewer commercials.
MORE INFO: https://t.co/FbwdZbMEv3 pic.twitter.com/c4DjVUDvQR

Changes to Days after the move

The show may also be a little different after the switch.

In an August interview with Soap Opera Digest, Ken Corday suggested that after February, episodes may get longer than the 38 minutes they currently run.

“Come spring, we will be able to say and do things that are a little bit more titillating than on broadcast.

We’re reminded that Days of our Lives was originated by wife and husband team, Betty and Ted Corday.

It’s only natural that it would eventually transition to streaming. Though All My Children and One Life to Live moved to Hulu and iTunes in 2013, streaming wasn’t as widely used as it is now some 9 years later.

How do Canadians watch Days of our Lives?

In Canada, the Global network will no longer be airing the series.

Canadians will be able to watch it on the W Network, and on STACKTV available on Amazon Prime Video Channels, FuboTV, Rogers Ignite, and Ignite SmartStream.

Viewers in Canada will also be able to access new episodes using the Global TV app, as long as they have a subscription to W.

How to watch Days of our Lives in Australia?

In Australia, Days airs on FOX One and 9GEM.

So far there has been no official statement that this might change and Corday has claimed that international markets will not be impacted.