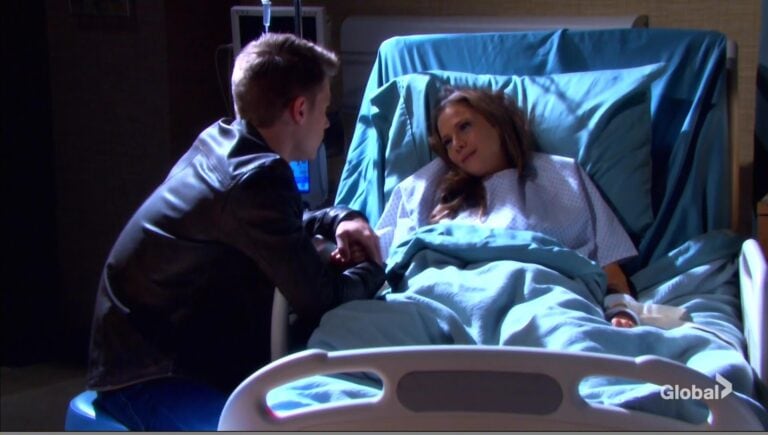 Coming up in the Days of our Lives spoilers, time is up for Charlie and Gwen, while the truth about Charlie comes out and everyone learns he’s a rapist. Meanwhile, Gwen’s still manipulating, but Salemites are piecing together what she’s been up to these past few months. There’s more…these are the rest of the spoilers for the week of January 11 to January 15.

Chloe tells Brady about Philip laundering mob money. Brady agrees to help Philip, though he thinks what he did was stupid.
Kayla tries to soothe an agitated Ava Vitali and then gives her a sedative when it doesn’t work.
Rafe accuses Charlie of being Allie’s rapist. Charlie denies it and when Rafe tells him he knows that Ava’s his mother, Charlie denies that as well.
Allie comes face to face with Charlie. She asks if he raped her and he denies it. She tries to convince him that she knows he did but it’s pointless.

Steve tells Tripp that Charlie’s in police custody. Tripp wants to take matters into his own hands with his baby brother though Steve cautions against it.
Ava remembers that Charlie admitted to assaulting Allie. She tells Nicole.
Nicole tells Allie the truth, that Charlie admitted he did rape her.
Claire has a rough time when she learns her beau is a rapist.
Belle and Shawn return home from their honeymoon. They make love and then learn that Claire’s in trouble since she just learned her boyfriend is a rapist.
Claire begs Charlie to confirm that the rape allegations aren’t true. He denies them.
Tripp comes face to face with his brother.

Kate suggests Chad tell Abby the truth about his night with Gwen before Gwen does.
Abby, Jack, and Jenn start to piece together what Gwen has done with her manipulations.
Bonnie tells Justin she ran into a woman with twins yesterday.

Gwen convinces Abigail that she and Chad had sex.
Chad tries to reason with a devastated Abigail.
Gwen’s cryptic with Kate about her motivations.
Lani and Val see the new sketch of the kidnapper and realize they know her. Dr. Raynor.
Bonnie vows that Lani’s babies will be returned to her.

Tripp comes face to face with Charlie.
Rafe confronts Charlie about Ava’s poisoning.
Claire cries to Belle that she really cared about Charlie.
Chloe questions Brady, asking if he can really sustain a marriage to her.
Nicole comes up with a way to strengthen Allie’s case against Charlie.