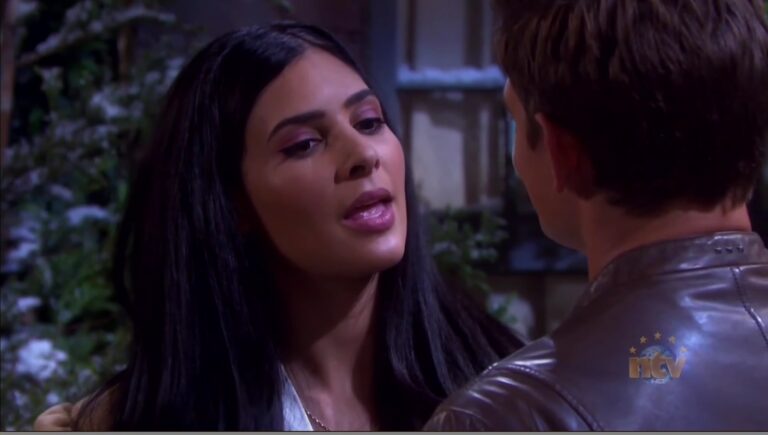 What’s ahead this Fall on Days of our Lives?

Leo is sweating as prime suspect in Abigail’s murder and the audience will finally learn what really happened the night she was killed.

Orpheus is unrelenting in his plan to get revenge on Roman for the death of his wife and this includes hurting everyone close to the Brady.

But has the criminal thrown his net too far this time as he drags John, Marlena, Steve, and Kayla into his plans and unites them to battle against him?

Li’s plans for power among the DiMera clan hit a wall when he fell for Gabi.

Desperate to keep her from reuniting with Stefan, he proposes to her so he can keep them apart.

But he could hardly anticipate what will happen when they see each other again.

The Perils of Paulina

Paulina is gunning for the governorship but it turns out that secrets from her past could wind up shooting her in the foot.

Has she put her family in danger by throwing her hat in the ring?

Clyde seems to be genuinely enamored with Nancy, so it’s not his intentions that are rubbing Chloe the wrong way.

Can the diva accept the former drug dealer as a step-father, or will she make sure that they never make it down the aisle?

Which man will Stephanie choose?

Since he first saw Stephanie, Alex has wanted her, but she’s a lot less easily wooed than he would like.

Whatever her real feelings toward him might be, she’s certainly developing some for Chad as she continues helping him cope with losing Abigail.

Johnny in the way

EJ’s bid to out Ava as a fraud is proving harder to cash in on than he thought now that Johnny has fallen head over heels for her.

Will EJ’s plans be able to survive the power of his son’s libido?

Tension for Xander and Sarah

Xander and Sarah may finally tie the knot but it doesn’t look like happily ever after is on the way.

She remains unaware of some pretty significant skeletons in his closet and she’ll have to face the fact that he may not be the kind of man for the life she’s been planning.

As hard as Nicole seems to be trying to get Eric off her mind, he keeps being thrown into her orbit.

Her marriage to Rafe was never really going to stop that and his relationship with Jada doesn’t seem to be halting it either.

How long will they be able to stop from falling back into each other’s arms?

Kristen keeps using Rachel as a wedge to keep one leg in Brady’s life.

As they battle for custody, things get ugly and extreme fast and Chloe winds up in the middle.

Gwen discovers that Jennifer has been popping pills, but will she use this as a way to develop a relationship with her father’s wife, or as a means to control her?

Take a look at the spoiler sections on SoapsSpoilers for all soaps for more fall spoiler previews!