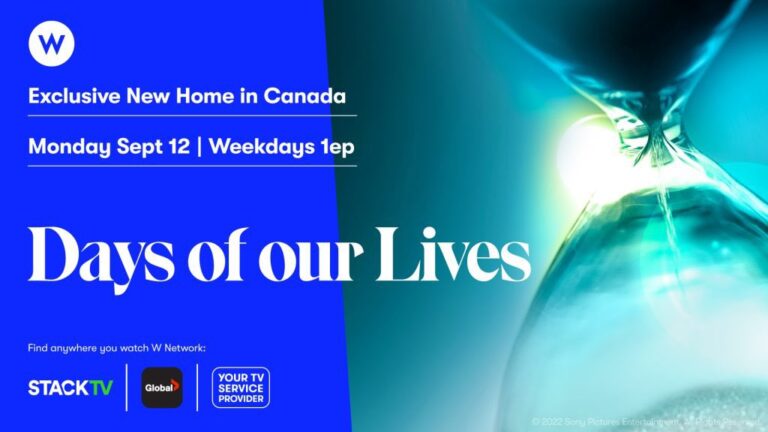 Then check below for what’s coming up the week after! Look out for chaos from EJ, Kristen’s conspiracy cranking up, and disaster for Nicole.

Alex tells Allie and Chanel that he’s met the woman of his dreams.

Alex admits he has no experience getting turned down by women.

Sonny attempts to convince Stephanie to work for him.

Stephanie doesn’t want to work for Sonny if Alex is around.  He’ll hit on her constantly.

Kayla and Marlena are in a tough predicament.

Marlena wakes up and then wakes Kayla up.

Marlena and Kayla work together to release themselves from their binds.

Steve and John search for their wives and Steve is hard on himself for not neutralizing Orpheus.

Kate is kidnapped by Orpheus.

Tuesday’s Days of our Lives Recap!

Gabi overhears Li as he speaks to Rolf on the phone.

Wei catches Gabi and Li in a compromising position. Having sex!

EJ takes a step to get rid of Ava. He tells Tony that the “poor woman has gone around the bend.” Tony can see through his brother and asks what he’s up to.

EJ and Tony discuss the votes and shares of DiMera.

Kristen is suing Brady for full custody. She reminds Brady she didn’t get to say goodbye to Rachel during their last visit.

Brady lets Kristen know that she’ll never get Rachel back. In fact, he calls her out for emotionally blackmailing Rachel by telling the girl that they’re going to be a family again.

Brady asks Chloe to testify against Kristen about the incident with the letter opener.

Kristen wants Rolf to wake her brother up so he can come between Chloe and Brady, so she can have Brady back.

Rolf admits that it’s been difficult keeping Stefan unconscious. He’s also not sure he can wipe his memory of Gabi, since she was the first thing after four years that the man thought of when he awoke.

Ava and Johnny visit the DiMera crypt. Ava tells Johnny that she’s positive she saw Jake. Johnny tells her that the last time he was there, Satan was with him.

Kristen is summoned to a meeting with the board. Li and Wei will be attending. EJ wants those shares of Jake’s.

Days of our Lives Recaps!

It’s the day of the DiMera shareholder’s meeting and everyone’s there.

EJ wants to be made CEO and asks Wei to make it happen.

Kristen pretends to be team Ava and rides EJ. Gabi agrees that EJ’s accusations are unsubstantiated.

Ava tells the board that EJ’s lying through his teeth. She wants to use a tire iron on him.

Rolf destroys the loving and sexy memories from Stefan’s head of Gabi.

Rachel lashes out at Chloe. She hates her.

Shawn and Belle are forced to admit that EJ is still a problem between them.

Gabi tells Wei that she was with Ava but she didn’t see him hallucinate, and she sides with Ava.

Ava is livid with EJ.

Shawn tells Belle he can’t stand to think of EJ’s hands on Belle and he needs more time.

Belle refuses to give Shawn time and kisses him.

Shawn’s pissed and doesn’t think they can fix their issues in bed.

Brady walks in on Belle and Shawn. He’s sorry but needs help.

Thursday’s Days of our Lives recap!

Roman tells Steve and John that he lied to Abe and Paulina.

Gwen tells Chad that she framed Sarah so she could have Xander to herself.

Chad flies off the handle with Gwen and demands to know why she told Leo she killed Abby. Gwen states that she never killed Abby nor Laura, either.

Orpheus sends a mysterious package to John, Roman, and Steve.

John finds a box outside the pub and is careful when he picks it up. He takes it inside and when they open it, they find a tablet. They play it and Orpheus announces that the games have begun. They’ve one hour. They get the clues needed in order to find the women and stop the bomb that he has started from killing the women.

As Stephanie tries to work outside of The Bistro, she’s plagued by texts from Alex.

Leo spots Stephanie and tells her she reminds him of Gwen. They get to know each other and she tells him she grew up in Salem and talks about her ex ghosting her.

Sonny tells Alex that Stephanie is off limits, reminding him that she works for them.

Alex is surprised that Sonny’s serious about refusing to let him date Stephanie.

Alex reminds Sonny that Will wasn’t into him when they first met. Sonny counters that he gave Will space and it turned out well for them.

Alex finds Stephanie with Leo and grabs the man, angry about what he did to Sonny.

Sonny has a surprise visit from Leo.

Orpheus removes the gags from Kate, Kayla and Marlena and tells them that one way or another, this all ends tonight.

Marlena tells Orpheus that John and Steve will rescue them. “Do you really think you’re going to win?” Orpheus scoffs and tells them “The game’s afoot,” and to enjoy their evening.

Kate asks Marlena for forgiveness and Marlena shoots her a look.

Kayla doesn’t get why Kate’s there until she explains she and Roman have reunited. Marlena doesn’t seem very impressed. It’s not the time to iron out their differences.

Kate reveals she turned herself in to the police and is on probation and paid a fine. She asks Kayla to convince Marlena to forgive her. Kayla refuses because she doesn’t think Marlena should. She remembers Kate framing Sami over killing Franco and how Sami wound up almost getting the death penalty.

Kate reminds Kayla and Marlena that they’re not perfect. Marlena agrees and decides to forgive Kate.

John sees the women on Orpheus’ tablet and tells the other men that they don’t have a choice but to roll up their sleeves and play his game.

Days of our Lives recap!

Chloe worries that Nicole is headed for disaster.

Nicole knows she’s married but she wants to look into Jada’s background.

Chloe thinks Nicole’s out of her mind and they argue.

Leo is on the hot seat.

Chad finds Sonny stabbed in the back and Leo leaning over him.

Chad accuses Leo of the stabbing but Leo maintains he didn’t do it.

Bonnie and Justin have a picnic and decide to skinny dip.

Alex interrupts Justin and Bonnie to talk about meeting the woman of his dreams.

Justin and Bonnie disagree on whether Alex should still go for Stephanie.

Jada tells Rafe that the town seems a little incestuous.

Rafe and Jada are taking their time with this murder case. They don’t want to arrest the wrong person.

Eric and Stephanie catch up.

Coming up! Days will be streaming — airing exclusively on Peacock for USA citizens and it’s gone from NBC beginning September 12. Canadians can watch it on STACK TV and Global. Comment if you are confused about how to watch and we’ll try to get you on the right track!