Home » Days of our Lives » Days Recaps » Justin Refuses to Represent Ben Or Ciara & Julie Reads About Dr. Snyder’s Death and Remembers Him

Justin Refuses to Represent Ben Or Ciara & Julie Reads About Dr. Snyder’s Death and Remembers Him 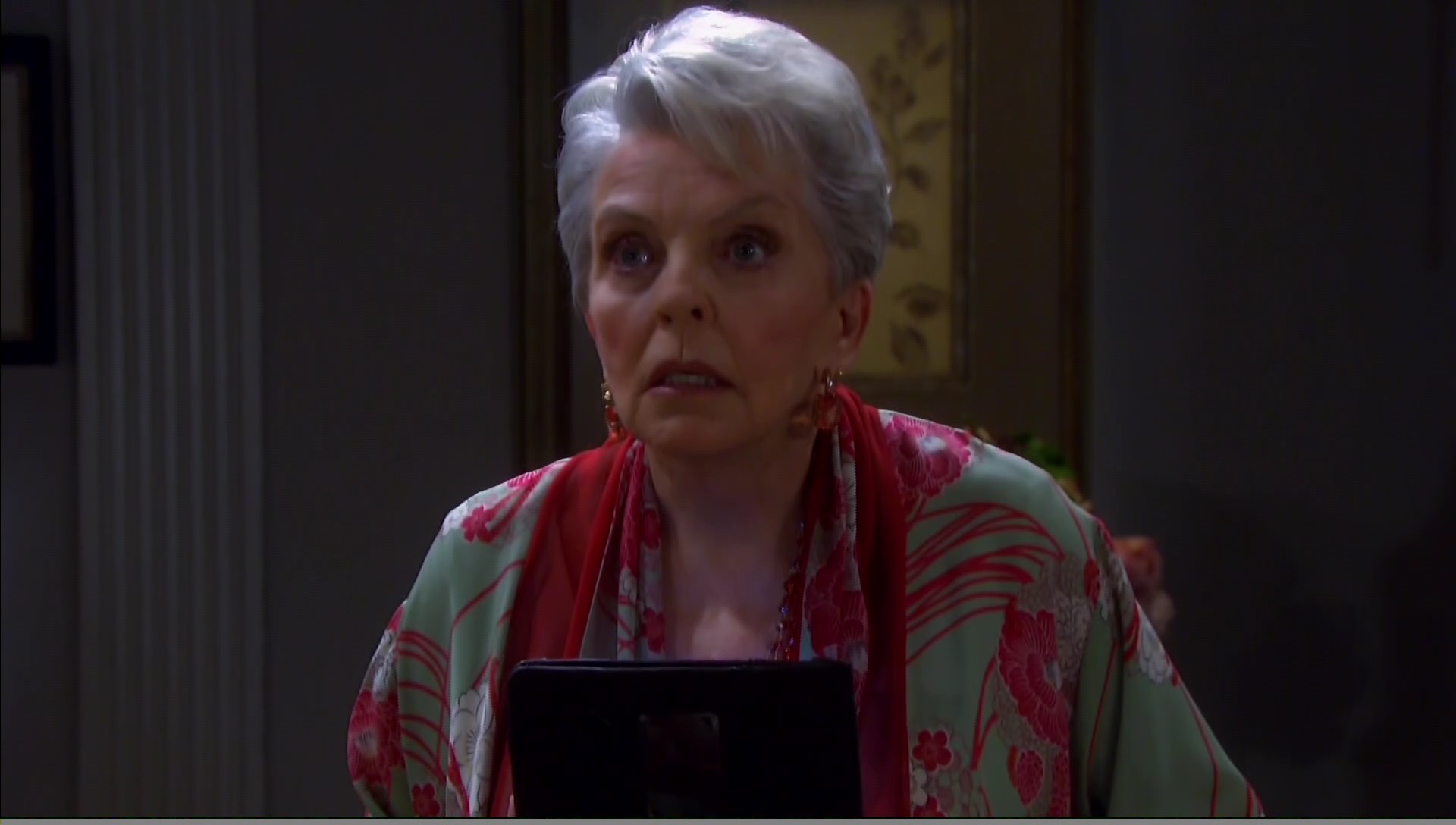 In the Monday, July 12, 2021, full episode recap of Days of our Lives, Julie catches Xander and Gwen making out, Ben and Ciara have the same idea about hiring Justin, and Theo visits Chad, while Jack goes to Steve with a conundrum. In case you missed out, on Friday’s Days of our Lives episode, Sami seduced EJ in order to distract him from seeing that she was burning Kristen’s tell-all letter.

Both Ciara and Ben ask Justin to be their lawyer. Ciara says, “This jerk right here refuses to divorce me, so I need to take him to court.” Ciara invites Ben to get someone else. Ben tells her Justin’s his lawyer when he was on death row. Ciara’s shocked at his reveal. “And you expect me to stay married to you after hearing that?” He explains he was accused of killing his sister. She takes a swipe at him, but he tells her that she risked everything to prove his innocence. He tells her he was getting injected with poison and she dragged the real perp in at gunpoint. She’s shocked. Justin learns she wants to marry Theo. She asks him to represent her. Ben says he’s already retained him. He tells her to get Belle to do it. Ben yells that it’s because they’re on his side. Justin tells them he’s staying out of it. He advises them to talk it out and find someone else. He goes. Ben thinks instead of bickering, they should be planning their lives together since their anniversary is coming up. Ciara gets in his face and tells him to stop and takes off.

Bonnie finds Kayla at the hospital. She has something important to ask and invites her for a drink. Kayla’s meeting Steve for dinner but reluctantly allows herself to be guided to the elevators.

Steve sits at the pub drinking coffee. Jack appears. He thinks Gwen and Xander are hiding something. They discuss finding Snyder’s dead body and fills Steve in on how he paid Gwen a visit and the police questioned her. Xander came to her rescue and something doesn’t fit. He asks Steve to find out what’s going on. Steve may already know something. He tells Jack about the opiates that went missing that Tripp and Kayla think Snyder stole. They think Gwen was involved. Jack’s taken aback.

Gwen and Xander make out passionately and then he removes his jacket. She asks what they’re doing and they keep going at it. Julie interrupts. Xander claims this isn’t what it looks like. Julie snarks at him for staining her sofa. He’s surprised she doesn’t have a 24-hour guard surrounding it. Julie mentioned the lifeless dude she saw laying on it and Xander and Gwen look guilty. They get off the sofa and Julie complains about what Paulina’s doing and Xander thinks she should be kinder to her invited guests. Julie realizes he’s right. Tom and Alice were always welcoming. She must behave as they would. She asks them to “fornicate like rabbits” upstairs, behind closed doors. She goes and they laugh. Xander asks if she wants to take this up to her room. She says no. Granny killed the mood. Not Xander’s mood. She doesn’t want to give her dad reason to think there’s a connection between them. She goes to her room alone. Later, Julie sees a photo of Dr. Snyder in the news and realizes he was the one on her sofa. “Oh my God. He’s the deadbeat.”

Theo visits Chad at the DiMera house. Theo notices there was a fire in the fireplace. Chad was putting it out, he says. Theo tells Chad that he and Ciara are engaged. Chad congratulates him and asks when the big day is. They’re taking it slow. Chad’s sure that any lawyer would be happy to take her as a client since Ben’s a serial killer. They play chess as they talk and Theo shares that Ben refuses to sign the divorce papers and he made another desperate plea for her to reunite. Ben thinks Ciara remembered something but she insists she didn’t. Chad thinks Ben’s causing drama. He knows she and Theo will be happy together. They discuss Chad’s marital issues and that Abigail left town to think. Chad finally gets checkmate and then Theo thinks he let Chad win. Chad stares at Theo, trying to figure out if he’s serious.

Bonnie and Kayla have a drink at the Bistro. Kayla’s sorry about the last time they got together. She understands why Bonnie tried to act like Adrienne. Bonnie thanks her and could tell she felt for her that night. Kay’s glad she makes Justin happy. Bonnie asks if she’d be her matron of honor. Kayla’s shocked. That’s such a big deal. Why her? Bonnie knows they’re not bosom buddies but she’s close to the groom — Justin. Bonnie says she’s going to propose. Kayla is rocked to her core and thinks it’s very soon. Bonnie tears up. Justin confessed he loves her. Kayla softens some and Bonnie says that was the first time she felt loved and respected. Bonnie thinks Kayla has a big heart which is why she’s asking her to stand up for her. Kay tells her to run it past Justin first and then if he says yes, they’ll discuss it. Kayla thanks her for the offer and goes.

Chad runs into Ben at the park. Chad rubs it in that he heard about Ciara and Theo’s engagement. He can’t wait to go to their wedding.

Ciara finds Theo at the square. She’s upset and explains what happened. She wants to marry him as soon as possible. Next Thursday.

Kayla turns up at the pub as Jack takes off, and then Justin meets Bonnie at The Bistro. She has something important she needs to talk to him about. She sings his praises and asks him to marry her. “No,” he says.