Days of our Lives 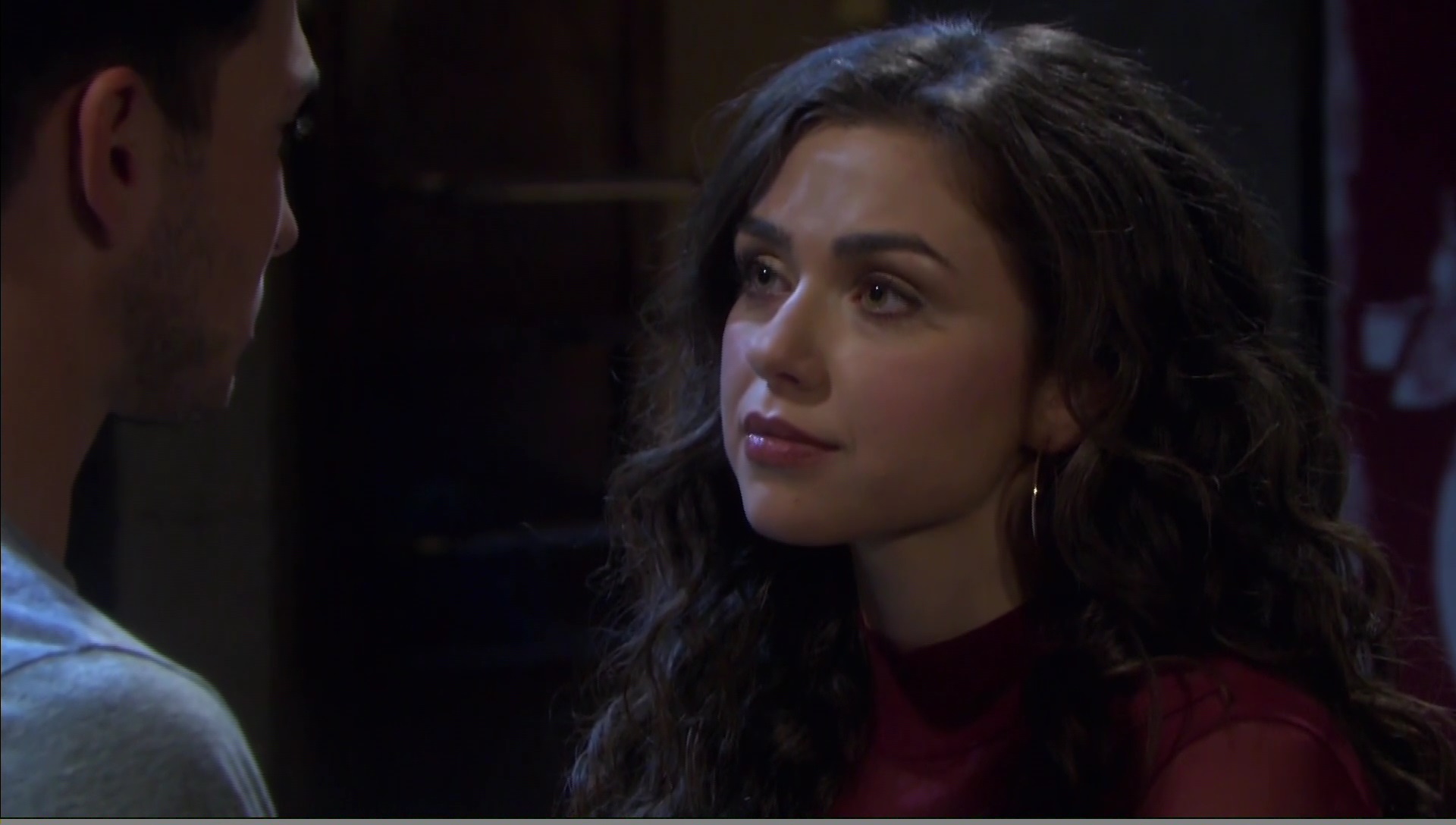 In the Thursday, July 1, 2021, full episode recap of Days of our Lives,  Gwen and Xander get close, Chanel finds a new place to live, and Ciara turns up while at the lake, a dead body is discovered. In case you missed out, on Thursday’s Days of our Lives episode, Ciara returned and Snyder’s dead body was found.

At her place, Lani reveals to Abe that Paulina told her she was seeing someone before Abe, while Paulina told him she hadn’t dated in a while. They wonder why she lied and which is the lie. Was she seeing someone or not? He’ll ask at the party. Lani asks, “What party?” She thinks it’s an anniversary party. Abe apologizes for blowing it. Lani will keep his secret and realizes Eli wanted to surprise her.

At Paulina’s, she’s shocked to hear Chanel saw Eli naked and calls him a fine-looking man. Chanel admits it too. Paulina asks if she appreciates that. “I’m fluid, not blind.” Chanel tells her to keep her naked thoughts about Eli to herself. Abe wouldn’t be down with shadiness. Chanel goes to take the cake from the oven and Paulina takes a call from the construction guys and tells them she’ll be at a party and doesn’t want to be near the demolition site.

At Alice’s, Eli tells Xander that Dr. Snyder’s body was found in the lake. Eli asks her about the bad blood between her and Snyder. She denies any. Eli reveals what Tripp said and Gwen admits he didn’t have a good bedside manner but that didn’t mean she wanted him dead. Eli asks when she saw him last. She says at her last follow-up appointment. Xander accuses Eli of harassment but Eli claims it’s just routine questioning which shouldn’t be a problem unless she has something to hide. Eli gets a text and learns there was no water in Snyder’s lungs. He was dead before he hit the water. Eli says it seems like his body was dumped. He goes and Gwen calls Xander an idiot. He admits he filled Snyder’s pockets with rocks to weigh him down. They must have fallen out. He did the best he could under the circumstances. Xandy blames Tripp for tattling on her. Gwen says it’s not Tripp’s fault. She’s panicky. Xander reminds her Julie saw Snyder there, which means Gwen’s lie to Eli could come out. “Unless we kill her, Xander suggets.”

It’s Eli and Lani’s anniversary. Doug and Julie prepare Julie’s Place and discuss how last year everyone had wedding fever. Julie talks about how Ben and Ciara’s wedding turned into such a disaster. They feel for Ben. Doug has faith that a great love like Ben and Ciara’s will beat the odds. They fold napkins and Julie says she loves being married to a romantic. He’s glad to wake up to her smiling face in the morning. Theo pops up and Julie shouts happily and hugs him. He’s there for the party and says he brought Ciara with him. Chanel and Paulina walk in and they are glad to celebrate for Eli and Lani. Chanel tells him about her bakery. He tells her she seems different. “Maybe more serious?” Julie greets Paulina who sets the cake down. It’s awkward. Doug hears Chanel’s quite the baker. They can’t wait for Sweet Bits to open. Paulina looks guilty.

Ben’s shocked to see Ciara at his apartment. He asks if she’s real and tells her that he dreamed she got her memory back. He asks if that’s true. she says it’s not. She isn’t coming back to him. She came to get the signed divorce papers. He’s not going to sign. They stand really close to one another and she tells him to get the papers. “I can’t. I don’t have them. I stared at them for about a week and I burned them.” She whips out another set and a pen. She doesn’t want to hurt him but wants to move on. He wants to talk. She doesn’t have anything to say but listens as he tells her he knows she needed her space and he fought to go to South Africa to see her. She reminds him he is a murderer. Why would she want to remember that? He knows that deep down, she loves him. Ciara denies it. She’s moved on and has a life there with Theo which has nothing to do with him.

Eli arrives at Julie’s Place and greets Theo and Paulina, who tells him he looks good in his suit, “And outside of it I hear!” Chanel admonishes her mama. Eli tells them that Dr. Clay Snyder died and he was at Julie’s questioning Gwen. Julie worries and Doug gets them to focus on the party. Outside, Lani and Abe talk about her pretending not to know about the party. Inside, Julie can’t let the murder go. Does Gwen have a reason to want him dead? He has no idea and then gets Abe’s text. Theo turns out the lights and Abe, Lani and the twins arrive. She asks why it’s dark and everyone yells, “Surprise!” Lani acts surprised and Eli hugs her. She’s shocked to see Theo and embraces him, Auntie P, and Chanel. Abe toasts to the happy couple. It’s loving and tender. The party is crashed by the foreman who asks her to sign off on this demolition order. She tells him it’s not a good time and then quickly signs as everyone looks on, curiously. Chanel asks what she’s demolishing. “A wall here and there,” she lies. Lani asks if she needs a demo order to do that as Abe considers her lies. He takes the paper and says, “This can’t be.”  He reads the order. “They are going to demolish the town square.” Abe, Lani and Eli run off to stop them while everyone asks if it’s a misunderstanding. Chanel is upset and runs off so Paulina follows, while Doug and Julie and Theo stay with the kids.

At the town square, the foreman lifts Tom and Alice’s plaque off the pedestal and it falls to the ground. He tells them he’s demolishing the square but they argue that he can’t do this. The man tells them that they’re making way for “Pricetown.”