Home » Days of our Lives » Days Recaps » EJ Offers Xander Bail Under One Condition, and Ben and Ciara Fantasize About Having a Baby

EJ Offers Xander Bail Under One Condition, and Ben and Ciara Fantasize About Having a Baby 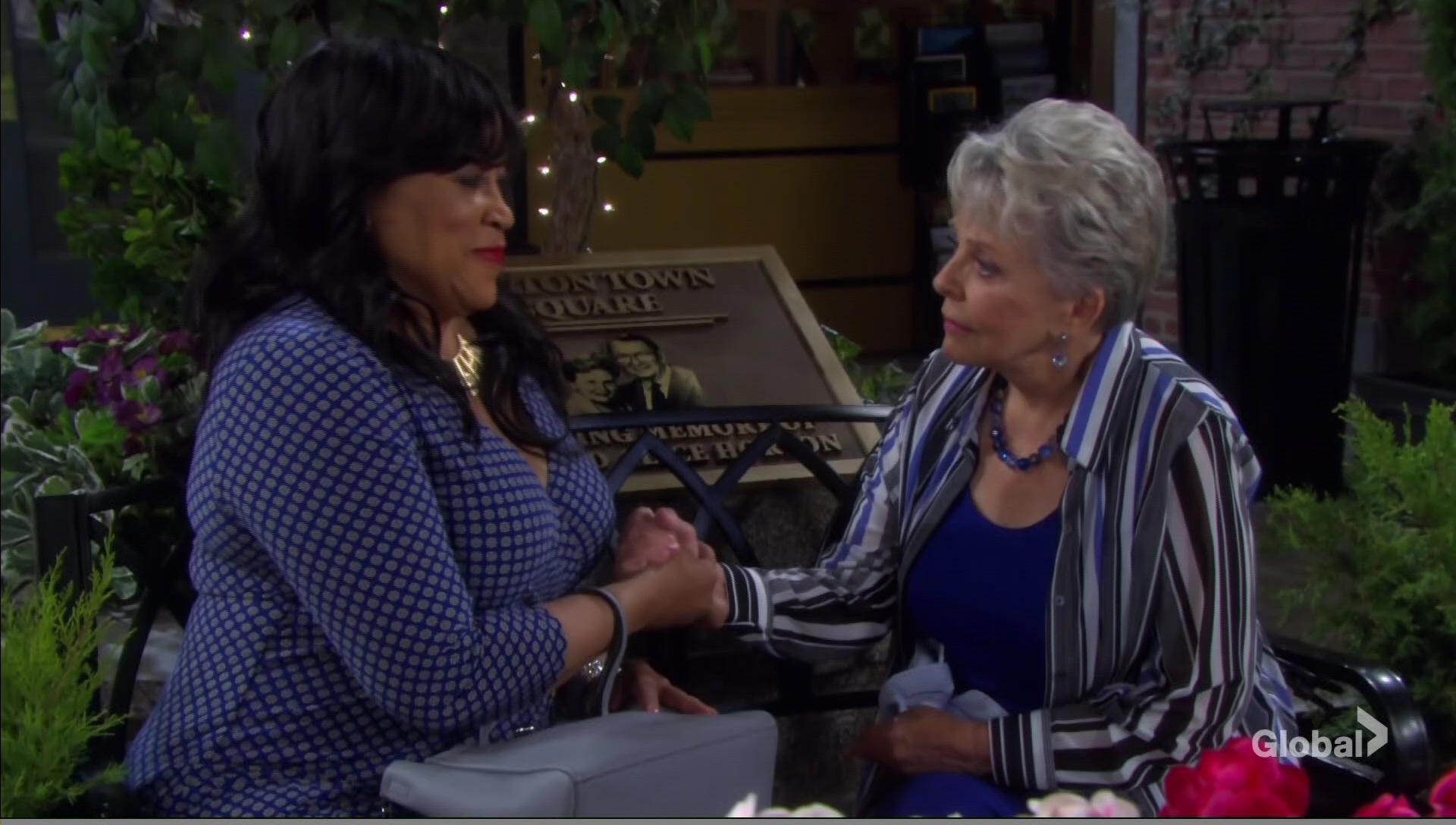 In the Monday, August 23, 2021, full episode recap of Days of our Lives, EJ has a proposition for Xander, Julie learns Xander’s in jail, and Johnny hears that Chanel likes women. In case you missed out, Soaps Spoilers has you covered with this Days recap from Thursday: Ben and Ciara Remarried.

Xander’s surprised to see EJ stroll into SPD. Xander thinks he looks good. Better than at the warehouse. EJ wants to offer his services. That surprises Xander. EJ explains he knows Xandy tried to kill his wife. He’s not upset about that. He says, “I’m upset you didn’t finish the job.” Xander’s blown away. He believes in the sanctity of marriage, too. EJ thinks he needs a good lawyer and is willing to take on his case if he returns the million dollars his wife gave him to save her life. Xander’s not happy about that. EJ convinces him that he’s his only hope and reminds him Justin can’t win his cases. Xander agrees with that sentiment. He has considerable influence and can ensure Xander avoids jail time. Xander says if he agrees to this, he’ll be broke. When EJ reminds him he’ll be in jail with Clyde Weston, talking about skinning possums. That’ll get old fast. Xander agrees to EJ’s request for half the money. EJ refuses but will give him a job at Basic Black since he owns it. Xander considers signing a document that the DiMera produces.

Johnny settles Chanel into a chair at the Bistro. He asks her to tell him all about her “Sweet Bits.” She explains it’s a lifelong dream come true. He can’t wait to try her sweets. She’s happy to work with her BFF. He asks who that is and she explains a little about her. When he asks if she has a name, Paulina drops by the table. Introductions are made. Johnny can see where Chanel gets her good looks. “Thank you, Giovanni. Flattery will get you everywhere,” she says. Chanel tries to get rid of her mama. Paulina asks if they’re on a date and while Johnny says yes, Chanel says no. He can see he’s being optimistic. Paulina laughs. She could do a lot worse than him. “In fact, she has,” Paulina admits. Johnny is quick to ask for the gory details. She admits she had a quick marriage that ended. Paulina thinks her daughter should give Johnny a chance. “You know unless you’re still doing the girl thing.” Chanel groans and Johnny perks up. He’s fine with that. He’s 100% into women, and gazes at Chanel, but has a brother who is gay. Paulina tells her daughter Big Mama’s in town and she wants Chanel to move back home. Chanel reluctantly agrees so Paulina will leave.

At the hospital, Allie visits Tripp and flirts. She tells him Ben and Ciara got married. She brings up her brother’s return and needs financing for a film project, which EJ shot down. Later, Allie’s surprised Tripp wants to set her brother up with Chanel. Allie says he’s into someone already as is Chanel. They head to get something to eat.

Ben and Ciara arrive at his room. He’s upset he can’t carry his bride over the threshold. She wants to walk in as equal partners. They awkwardly walk into the door side-by-side and he welcomes “Mrs. Weston” home. They smooch and banter about her being a slob and him being a neat freak. He explains when you grow up on the run, you have to pack less in case you have to leave. They kiss some more and he wants to enjoy their honeymoon since they didn’t get to the first time. She comments that it’s the middle of the afternoon. He convinces her into bed. They make love and she tells him she thought of their future a lot when she was kept hostage. She flashes to her fantasy that she’s flirting with him and making love. Ben reveals they had the same dream, that she got pregnant, and gave birth to a boy. They flash to the baby that they named Bo Brady Weston. They gaze lovingly at each other and profess to love each other. Later, they dance together.

Julie and Gwen learn Xander’s in jail. Gwen’s upset by it and Julie asks why Jack’s shocked by this. Jack defends Xander and then reveals he didn’t kill the man but he was helping Snyder run an illegal drug run. He roped Gwen into it and calls his daughter innocent. Julie shoots her a disbelieving look. She tells Jack that she walked in on Gwen and Xander almost having sex on the sofa. Jack’s shocked. Gwen says it was a momentary relapse. Julie smells a rat anyway about whether Xander or Gwen is the rotten egg. Her grandparent’s memorial plaque is being put back today and she’s too busy with that to worry about this. Julie takes off. Gwen’s grateful her dad defended her. She defends Xander and this puzzles Jack. They end up talking about how things could have gone and then hug one another.

Outside the Bistro, Paulina runs into Tripp and Allie. She’s thrilled to see them and tells them Chanel is inside and that she embarrassed Chanel on her date. Allie asks who she’s dating. Auntie P calls him charming and easy on the eyes. “I approve,” she says, knowing that’s all that matters. Back inside, Johnny asks the girl’s name that she likes. “Her name is Nunya. Nunya Business.” Chanel tells him he has nothing to worry about. They’re just friends and business partners. She’s not still hung up on her, especially with this cute boy in front of her. They kiss. Back outside, Allie and Tripp decide not to ruin her date and head out.

EJ returns to his room at Salem Inn, out of jail. He takes his shirt off, ready for a shower when Gwen arrives.

Paulina finds Julie in the square beside the plaque. Paulina’s sorry she caused all that trouble. Julie appreciates that. Paulina admits Lani agreed to give her another chance. She asks if Julie could do the same. Julie would like that, which startles Paulina. They shake hands.

Tripp and Allie make love instead of having lunch. He tells her he loves her and she gawks and says nothing.