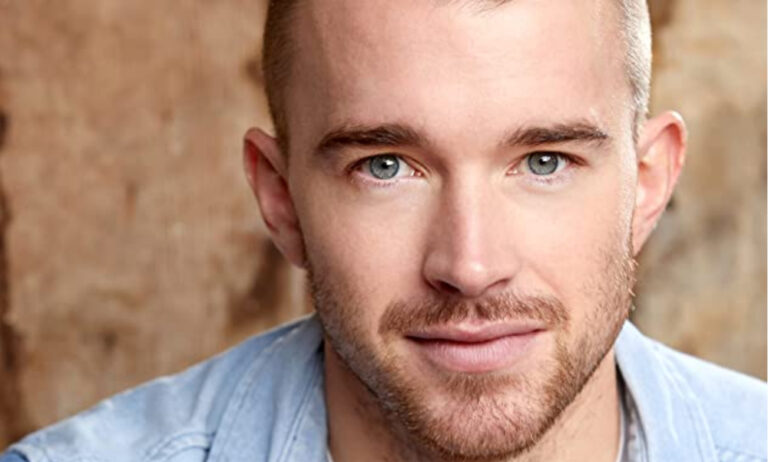 Soaps Spoilers’ Days of our Lives spring and summer comings and goings 2022 reveal which actors will appear on the NBC soap, which are leaving, and which of them have changed their contract status.

Take a look at the past comings and goings. To read the upcoming storyline spoilers for the next two weeks, check out SoapsSpoilers’ Days spoilers section.

Find the newest Days of our Lives Fall and Winter comings and goings which include a return by Lucas Adams, Lamon Archey and a few surprises.

Chandler Massey will be making his way back to Days of our Lives as Will Horton when he learns his husband Sonny Kiriakis has been attacked. Watch for his appearance beginning September 5.

Clyde Kusatsu makes his way back to Days of our Lives as Wei Shin, the DiMera board member and Li Shin’s (Remington Hoffman) father. He’ll reappear in Salem on Tuesday, August 30. He leaves the week of September 5.

Jessica Serfaty will be in scenes with Greg Rikaart (Leo Stark) as his lawyer, Sloan, starting on Thursday August 18. Serfaty is a Social Media Influencer, who was a contestant in America’s Next Top Model in 2010.

Cassandra Relynn will appear on Days of our Lives as the Warden of Statesville. She’ll be in scenes with Paul Telfer (Xander), who wants information from the warden about Gwen’s (Emily O’Brien) whereabouts the night Abigail died.

Brandon Barash exited Days of our Lives July 26 as Jake was shot dead by a thief. We have confirmation that Barash will return as Stefan O. DiMera, beginning August 2.

Melodie Casta appears on Days of our Lives in a scene with Alex Kiriakis (Robert Scott Wilson) as a one-night-stand.

SoapsSpoilers has learned that Kyle Lowder is back airing at Days of our Lives as Rex, the week of August 1.

SoapsSpoilers alluded to the big changes for Robert Scott Wilson since he exited Days of our Lives recently, letting readers know that he was rumored to be returning to Days as Alexander Kiriakis and it’s been confirmed by TV Insider.

The actor did an interview about the transition from Ben Weston to Alex Kiriakis and a short clip of Wilson as Alex in a scene with Sonny (Zach Tinker) shows him at Victor’s manse.

They actor didn’t want to leave the show and after his run, he says, “I got a great phone call about five, six months ago about some changes coming. The long story short, I turned myself into Alex Kiriakis.”

Wilson’s having more fun than any other project he’s done. He’s the polar opposite of Ben Weston and his looks have changed a little. “Little bit more flashy,” the actor says, smiling from ear to ear. Watch the video for more!

There’s a new police officer in Salem as Elia Cantu makes her debut as Jada Hunter on Days of our Lives. Cantu will first be seen July 19.

The actress has made appearances in television on 9-1-1, Criminal Minds, and This Is Us.

Chandler Massey once again leaves Days of our Lives this time around, on July 18.

Will Horton will be heading out of Salem (spoiler) when he gets an offer to work on a film in Hollywood.

Governor Mitchell makes an appearance with Mark Bramhall in the role. The politician will make a few shocking decisions after he meets with Orpheus.

Dr. Wilhelm Rolf is getting a new face. Will Utay has portrayed the maniacal and brilliant Dr. Rolf since 1995 and he’s now being recast with Richard Wharton. His role starts July 22.

Ali Sweeney was back airing on Days of our Lives after a lengthy time away from the show. She first reappeared Thursday, June 23.

She will be leaving once again on July 15 when Sami leaves Salem.

Viewers know how Days likes to have characters wearing masks to hide their true identities, so when we saw this cop in the May 10 episode, on the scene after TR Coates (William Christian) was killed by Lani (Sal Stowers), we wondered who he was.

It was only recently that we learned the actor was Scott Crane. He wore dark glasses and with his mustache, he appeared suspicious. It turns out he was just a cop! Check out his Instagram. Thank you Sara (@SaraCiuzio) for bringing this to our attention via Twitter!

Word has it that Robert Scott Wilson will be returning to Days of our Lives in a new role as Alexander Kiriakis.

This rumor made the rounds for months and headwriter Ron Carlivati recently stated on Twitter that the actor didn’t necessarily want to leave his role as Ben when Victoria Konefal exited. Carlivati informed fans, “Salem hasn’t seen the last of Rob.”

Look for them to return to Salem Monday July 4.

He’ll be in scenes with Chad (Billy Flynn) at first. Take a look at the Days spoilers for the week of June 27! Moss will be leaving soon after Abigail’s funeral, in July.

George del Hoyo returns to Days of our Lives once again June 28 as Orpheus. We last saw him on Monday, February 15. Brock Kelly reappears as Evan Frears/Christian Maddox, during the same episode.

Cameron Johnson will be returning to Days of our Lives as Theo Carver for Abe (James Reynolds) and Paulina’s (Jackee Harris) wedding on June 21st.

Marci Miller is out as Abigail DiMera on Monday June 13. Check the Days spoilers for the reason behind Miller’s exit. Thaao Penghlis confirmed this in a now deleted tweet, writing, “Marci will be missed.”

Matthew Ashford returns to Days of our Lives as Jack Deveraux on June 14. Check the Days spoilers for the reason they’re returning. SoapsSpoilers can confirm that Jennifer will return along with Jack and that Cady McClain is in the role this time.

Starting the week of May 23, Elin Alexander will be back on DOOL playing Holly Jonas. Watch for her in scenes with Ari Zucker (Nicole Walker). Alexander debuted on the show May 5, 2020, taking over the role for Harlow and Scarlett Mallory who were in the role from November 2018 on.

Greg  Vaughan has a six-month contract with Days and though Eric told Nicole he was leaving Salem, he won’t be going just yet.

Peter Reckell appears to Ciara (Victoria Konefal) as Bo Brady in the Monday May 16 and Tuesday, May 17 episodes.  Reckell will also be in the next Beyond Salem.

Mike Manning makes another return to Salem as Charlie Dale, when Satan (Allie’s body) summons him to do his bidding. Manning was last seen on Days during the beginning of the possession in October 2021.

The role of Stephanie Johnson has been recast with Abigail Klein, who is known for her role in 90210, Castle, GLOW, and Transformers: Age of Extinction. Shelley Hennig exited the role she originated from 2002-2011.

The actress will first be seen in Beyond Salem. She’ll be coming to Days of our Lives, the main show, after that. Look familiar? That’s because she was also seen as a nanny on Young and the Restless in 2011.

Bryan Dattilo returns to Salem Tuesday, May 17. Ali Sweeney has been back taping but SoapsSpoilers does not yet have a first airdate for her return. Find out what’s to come for Lucas upon his return in the Days spoilers.