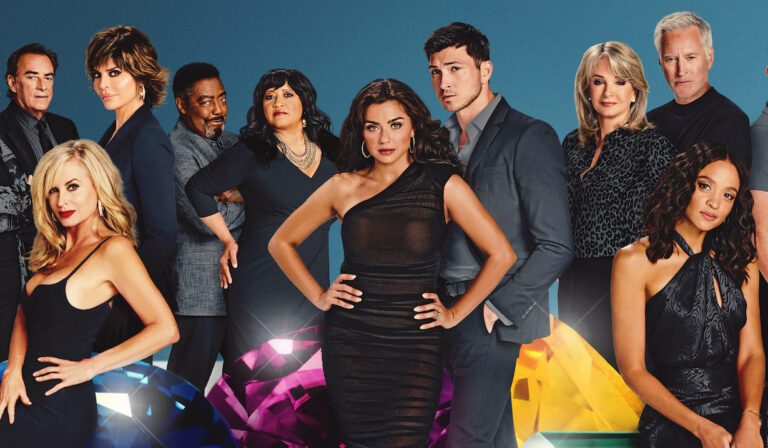 Need more Days of our Lives?

We last saw or even heard of Billie Reed, she was working in London as Titan’s head of security to be closer to Chelsea and Max. She then took on a role for the ISA as a cleaner, where we last saw her in 2018.

A Peacock rep teased that “additional beloved characters” will also turn up in the new series. Soaps Spoilers has since learned that Noah Huntley will portray Lord Sebastian Alamain, and Geoffrey Kenedy as Aide, and Peter Porte (ex-Ricky Williams, Young and the Restless) will join in a recurring role as Kyle Graham, an ISA agent, likely with ties to Billie Reed. Plus, Charles Shaughnessy returns as Shane Donovan, and Adrienne Frantz and her husband Scott Bailey will also be appearing as Lili Faversham’s granddaughter and her husband. Readers will remember her in her role as Amber Moore on Bold and the Beautiful and Young and the Restless.

“Over a long weekend, John & Marlena travel to Zurich, Ben & Ciara have a romantic getaway in New Orleans, Chad visits some old friends in Phoenix, and Abe, Paulina, Lani, and Eli vacation in Miami. All find themselves embroiled in a mystery involving stolen jewels which, in the wrong hands, could cause dire consequences for Salem. It’s a race against time for ISA agent Billie Reed as she crosses the globe in search of this missing treasure. Packed with all of the romance, action, drama, and surprises that only Days of our Lives can deliver, fans will spend a week with their favorite Salem supercouples and reconnect with many familiar faces along the way.”

From Rotten Tomatoes.
The Alamainian Peacock (Sept. 6)
A priceless relic is stolen and a hunt for its missing gems begins; John and Marlena accept a mission; Anna and Tony intervene in Carrie’s marriage; Ben finds a wedding gift for Ciara; Paulina shows off an expensive ring; Chad visits old friends.

John and Marlena get into a bidding war with unexpected rivals; Billie clashes with a new partner; Ben and Ciara want to help find the amethyst; Leo makes trouble for Sonny and Will; Paulina, Abe, Eli and Lani are confronted by surprise guests.

Cat and Mouse (Sept. 8)
John and Marlena try to get the necklace back; a surprise visitor drops in on Anna; Shane has some news for Paulina about her ring; Eli and Lani take on a dangerous mission; Leo makes himself at home with Sonny and Will; Billie meets her match.

Dressed to Kill (Sept. 9)
Plans unfold to recover the remaining lost gemstones; Billie is on the trail of an old friend; Ben and Ciara crash a very revealing party; Chad, Will and Sonny step out of their comfort zone with Leo; Carrie makes a startling discovery.

Endgame (Sept. 10)
Chad has a rude awakening; Ben and Ciara find themselves seeing double; Carrie stands by Austin; Paulina welcomes an unexpected guest; John, Marlena, Billie and Shane band together to prevent world chaos; the truth about the Peacock is revealed.

Soaps Spoilers has since learned that the show will air from Monday, September 6 to Friday, September 10. Watch for free on Peacock. Check out the trailer below!

Something Beyond cool is happening next week!! Beyond excited @nbcdays Beyond Salem! All next week beginning Monday September 6th for free on @peacockTV! #DOOLBeyondSalem #Days #BeyondSalem https://t.co/h5GFRODU1L

Thanks for writing such a great role! We had so much fun playing this strange couple!!!! I think the fans will love it!!! Streaming is the wave of the future @peacocktv @carlivatiron #beyondsalem