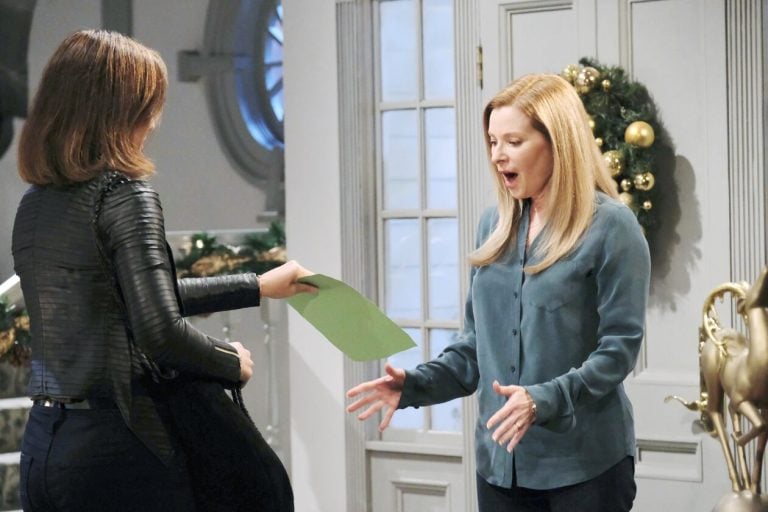 Spoilers for what’s coming to Days of our Lives this winter.

As the Days of our Lives new winter promo shows, Gabi Hernandez (Camila Banus) returns to the NBC soap just in time to find Jake Lambert (Brandon Barash) has moved on with Kate Roberts (Lauren Koslow) of all people. Jake learns something about Gabi he’s not prepared for but whether it matters, remains to be seen.

Chad DiMera (Billy Flynn) falls for Gwen Rizczech’s (Emily O’Brien) manipulations to make him think Abigail Deveraux (Marci Miller) is getting cozier with his brother Jake, and that’s not all. Chad winds up under the mistletoe and not with his wife!

Meanwhile, Joey Johnson gets news that he’s sprung from the klink, as James Lastovic returns to his role once again. Now that he’s out, will he try to off Ava again? Will mama Kayla beat him to it?

As Days viewers have been waiting for, Lani Grant (Sal Stower) goes into labour and since this is a soap, things don’t go exactly according to plan. While that’s happening, Jack Deveraux (Matthew Ashford) tries hard to make headway with Jennifer Horton, his estranged wife, now being played by Cady McClain.

Nadia Bjorlin is back for another return as Chloe Lane. She and Philip Kiriakis (Jay Kenneth Johnson) reconnect, but is there more to it than this? Will these two find love again, or is she going to bounce once the holidays are over?

Last, but not least, Ben’s dreams turn to reality when his wife, Ciara Brady (Victoria Konefal) returns – alive! Just in time for the holidays… there’s more so check out the video.