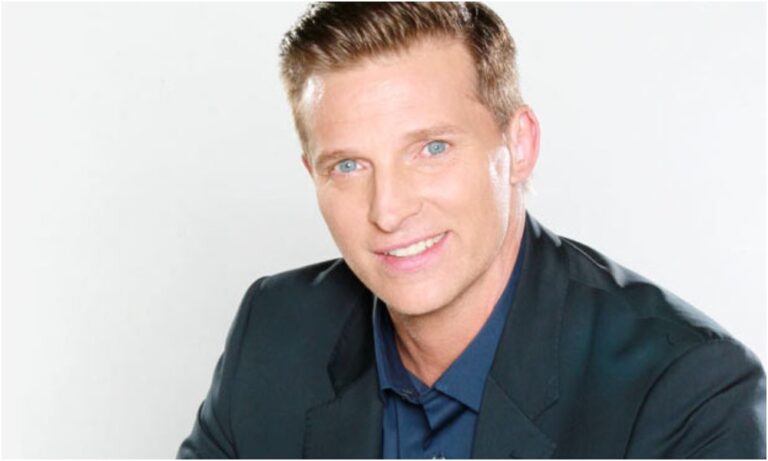 A face very familiar to soap opera fans will be making its way back to daytime.

Steve Burton will be joining the cast of Peacock’s Days of our Lives.

The actor will be coming to Salem in the role of Harris Michaels.

His first airdate will be sometime in 2023.

This promises to be  “a thrilling new storyline,” according to People.

No official first air date has been given so far, although People has confirmed that his character will be on the canvas early in the new year.

Although Burton is likely best known for playing the stalwart and true steely eyes of blue mob enforcer Jason Morgan on General Hospital, he got his start in soap operas with Days.

Burton originated the role of Harris Michaels in 1988.

This was before Jason Morgan existed.

The character only had a brief run and was brought back into the Days universe this past July with the short-run spin-off series, Days of our Lives: Beyond Salem (Chapter 2).

Aside from getting tied up romantically with Hope (Kristian Alfonso) while a frustrated Bo (Peter Reckell) watched them from his cloud in Heaven, Michaels took deadly measures to get his hands on a prism.

There is no word yet on what exactly will be bringing the character back or if he will once again be in the employ of the dark side of the DiMera empire as he was in his latest appearance.

Last time we saw the character, Hope (Kristian Alfonso) was visiting him in prison.

Will he be released from prison or will he escape?

After several TV appearances after initially leaving Days, Burton became an iconic fixture on General Hospital, playing the role of Jason off and on and through several resurrections between 1992 and 2021.

He left GH in November 2021 after refusing to comply with their COVID vaccine mandate.

Burton shared on Instagram. “I know there’s been a lot of rumors and speculation about me and General Hospital, and I wanted you to hear it from me personally.”

At the time, he went on to tell fans, “Unfortunately, General Hospital has let me go because of the vaccine mandate. I did apply for my medical and religious exemptions, and both of those were denied… which, you know, hurts.”

He explained, “But this is also about personal freedom to me. I don’t think anybody should lose their livelihood over this.”

Although fans anticipated he would be snapped back up as the unkillable hitman after the mandates were lifted, this did not happen.

From 2013 to 2017, Burton stretched himself by playing the very different role of Dylan McAvoy.

For those not in the know, Dylan was the long-lost son of Nikki Newman (Melody Thomas Scott) and Paul Williams (Doug Davidson), on The Young and the Restless.

He took home a Daytime Emmy trophy for the role.

Soaps Spoilers will keep you up-to-date with more on Burton’s return as details become available.