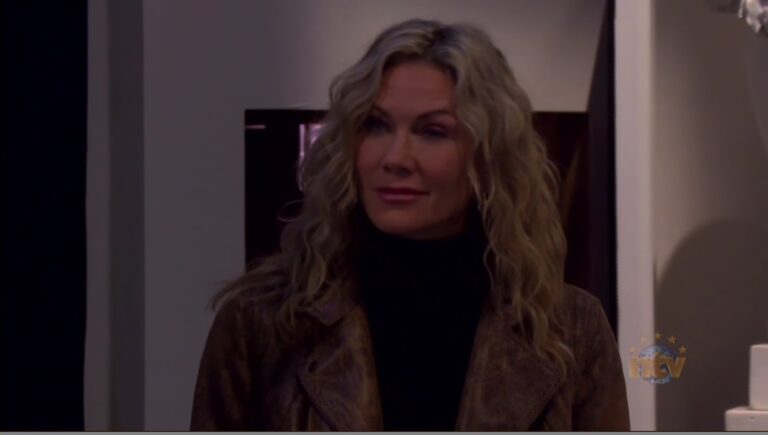 Take a look at the past and future comings and goings.

To read the upcoming storyline spoilers for Days of our Lives’ comings and goings, check out Days’ spoilers section.

For those who are worried that James Reynolds is leaving DOOL as Abe Carver, the actor tweeted that he’s staying, though it’ll be touch and go for a while coming up this week.

In case you were worried that our Abe was leaving us. ❤️ #Days 😁 https://t.co/kOBwvsYE1G

Spoiler! Abe Carver is shot in the October 21 episode of Days of our Lives. Since it’s James Reynolds’ 40-year anniversary on the show, a tribute is held looking back on his life, and when Abe goes toward the light while he’s being operated on, his deceased wife, Lexie Carver returns. Renee Jones (1993-2012) will not return for this special episode as she was unavailable. For those who are not familiar with her, she was married to Abe in 1991 and died from a brain tumor, which was caused by being held captive in the tunnels under the DiMera mansion which were filled with toxic fumes. She died peacefully in Abe’s arms on the grass in the backyard. There is no recast. There will be a dark-haired character interacting with Abe as he goes into the light.

Cameron Johnson brings Theo Carver back to Days of our Lives on Thursday, October 28.

Stacy Haiduk returns as Kristen DiMera on Days of our Lives on October 26. Eileen Davidson reprised the role of Kristen, Mary Moira in Beyond Salem but on the regular show, Head writer Ron Carlivati has stated that Haiduk would be back in the role. Haiduk confirmed this in a tweet on October 19. Though we know Kristen is returning, there is also talk that Susan may also be making an appearance. Details about her return in the Days’ spoilers section.

Finley Rose Slater is back on Days of our Lives in the October 7 episode. Slater is in a scene with Brady and Chloe.

Richard Steinmetz took to social media to notify fans that he’s taken a gig at Days of our Lives and started filming on May 24. The actor will be a familiar face to many as he portrayed Joe Scully Jr. on General Hospital, was Loving’s Jeff Hartman and played Martin Fitzgerald on Passions. On Days of our Lives, he will portray Judge Smails coming up on October 6.

Maggie is back! Suzanne Rogers brings Maggie Horton Kiriakis back to DOOL on October 6.

Ian Nunney portrayed Ben and Ciara’s child in Ben’s nightmare on Days of our Lives on September 27. Nunney took to Instagram to dish on his appearance. “I am SO ExCiTeD to finally announce that I will be appearing on DAYS OF OUR LIVES tomorrow! Stream it for free on NBC Peacock! 🦚Thanks for watching!!!”

John Aniston makes his return to Days of our Lives on the Wednesday, September 22 episode as Victor Kiriakis. He will be seen in scenes with Eric Martsolf (Brady Black).

Kevin Sizemore will make an appearance on Days of our Lives in the Wednesday, September 15 episode as Harrison Lord in a flashback. He’s appeared in roles on Fear of the Walking Dead, and in the past, Rizzoli & Isles.

Days of our Lives has Marci Miller taping scenes as Abigail Deveraux, back from maternity leave. She will be first seen back in Salem during the week of September 6. Find out more about that in our Days Sept 6-10 spoilers.

Tina Huang returns to Days of our Lives as Melinda Trask. She’ll first be seen on August 30 in scenes with EJ and Xander.

Matthew Ashford (Jack Deveraux) has been taken off contract at Days of our Lives and his status changed to recurring. SuperKelli24 on Twitter posted the news that he will be off-screen by the end of the year, something she learned at a fan event from the actor this past weekend.

Matthew Ashford is no longer on contract. He’s now listed as reoccurring. He will be off screen by the end of the year. #Days #JackSpoilers 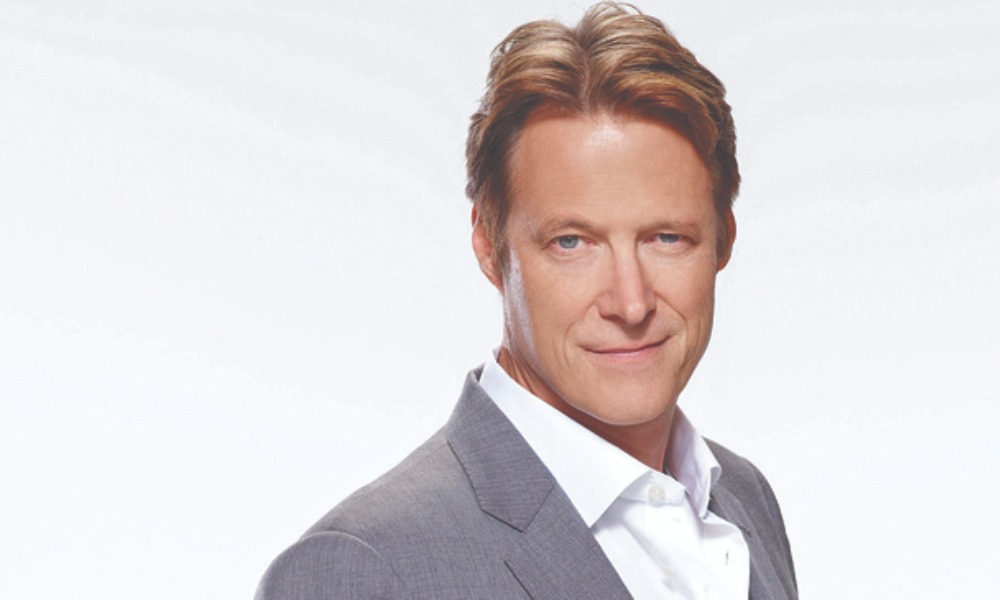 The Jeffersons’ sitcom circa 1975-1985 was one of the funniest sitcoms of its time. Marla Gibbs portrayed sassy talking Florence Johnston, the Jeffersons’ maid. Gibbs also portrayed sharp-tongued Mary Jenkins on the same sitcom as Jackee Harry (Paulina Price), 227. Days of our Lives’ snagged the 90-years-young actress for a role as Paulina Price’s mother, Olivia Price. The duo will finally reunite on-screen on August 17 on NBC. Her last airdate will be August 24. Incidentally, Gibbs just got a star on the Hollywood Walk of Fame.

Cady Huffman (Dr. Paige Miller, One Life to Live) will join Days of our Lives as Calista Lockhart, Bonnie’s sister-in-law. She’ll first appear in Salem on August 27. Calista will turn out to be a bad seed who threatens to expose Bonnie’s past and urges the Adrienne look-alike to get up to no good with her.

Soap Opera Digest is reporting that Cameron Johnson will exit the role of Theo Carver once again. His last airdate is August 19. He’ll head back to South Africa.

Isabel Durant will be exiting Days of our Lives as Claire Brady on August 20. The actress took over the role as Belle and Shawn’s daughter in August of 2020. In a past interview with Soap Opera Digest, she said that she decided not to watch Keegan’s performances, telling the magazine, “It’s a tough call as an actor because it can be a vicious trap. Olivia is Olivia and she’s brilliant. I sort of made the call that I would just listen to what people said. I would listen to how the character was and just do my best to find it within myself as the weeks went on.”

At a fan event this weekend in Tennessee, a superfan met Scott and Melissa Reeves during Scott’s musical performance. Melissa Reeves revealed that she would be returning to Days of our Lives as Jennifer Horton Deveraux for the Christmas episode, the hanging of the ornaments. The actress did not let on if she would be seen before that.

Missy will be back for the Christmas episode. #Days

Alison Sweeney is exiting on August 11 Days of our Lives once again since she’s making another Hallmark movie. The actress will return. Find out how she’ll leave in the Days of our Lives spoilers — it’s big! For those wondering when she’ll return, Soaps Spoilers doesn’t have that answer quite yet, though the actress has confirmed she’s back taping at the studio.

Kyle Lowder posted an Instagram story of himself sitting in the Days of our Lives’ hair and makeup room with the caption, “Back to work.” This caused some confusion at first, though Soaps Spoilers checked into it and the room dividers are the same as the ones from other actor photos of themselves in the hair and makeup chairs, so we feel safe in saying that we’re 90% certain that Lowder is back taping as Rex Brady. Could this mean that Sarah (Linsey Godfrey) is not far behind?

Days of our Lives’ spinoff, Beyond Salem, has added Christie Clark (Carrie) and Austin Peck (Austin) to their cast. Check out the rest of the Days cast involved and a synopsis about the spinoff. Plus, find out who is playing Sonny Kiriakis. In addition to these actors, Eileen Davidson will be brought back to join Lisa Rinna and the others for this limited series.

Camila Banus had a photo taken with him, and he was on Instagram telling fans that he and his grandmother used to watch Days of our Lives when he was growing up. The singer/actor, AJ McClean reported in a video on Instagram,  “Oh my God, I’m freaking out,”  about his new role. He fondly remembered his grandmother, saying, “I hope I made you proud, Grandma.”

For a long while, Freddie Smith has been asked if he is returning to Days of our lives. He has always told fans he was open to another return if it came up. He has since let go of those thoughts and explains in this YouTube video that though he knows he is disappointing fans, he will not ever be returning to DOOL. “I have to rip the band-aid off eventually,” he says. He explains that with a high-profile job when you tell people you have moved on, you feel a little guilt.

Days of our Lives is about to get a new cast member in Finley Rose Slater. According to IMDB, the actress will take on the role of Brady Black and Kristen DiMera’s daughter Rachel. No word on her first airdate.

Carson Boatman was tapped to portray a grown-up Johnny DiMera on Days. Johnny will make his way back to Salem Friday, August 18. Boatman is an actor and a country music singer!