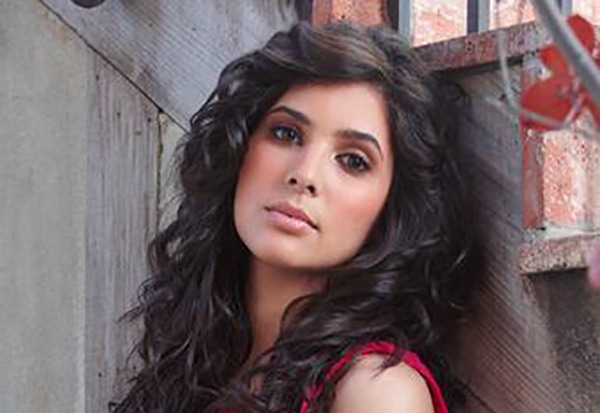 Camila Banus addressed fans tonight, letting them know that since she’d been travelling with her friends and family, she contracted COVID-19. She wasn’t feeling herself after she and her fiance, Marlon Aquino, got engaged in Florida recently.  Banus said that they returned to Los Angeles on December 25 where a test revealed she was positive.

The actress hasn’t had too many worrisome symptoms yet. Her voice is a bit raspy and she’s had some congestion. She can’t taste or smell anything, even when she smelled Vicks Vapo Rub or inhaled the garlic that she boiled. “Couldn’t smell anything!”  Banus said.

She learned that the CDC’s new guidelines stated that after ten days she won’t be contagious. She’ll be quarantined for that time at home. Banus says her fiance has no symptoms but of course, he could be asymptomatic. Her doctor has told them to assume he has it.

Fans have been telling her to wear a mask, and to stop touching her face. Banus says she feels she’s been diligent about wearing a mask and is happy she has mild symptoms. Her doctor suggested she double up on Vitamin D, which some studies have suggested may show favorable effects in viral infections, and has the potential to protect against acute lung injury or distress. They’re also cautioning not to overdo Vitamin D, which can also cause health issues.

Soaps Spoilers hopes Banus feels better soon and that things don’t get any worse for the actress. Watch the video below, which she shared on Instagram.

The actress later ran an Instagram story that was for those who had some rather unkind thoughts that were let loose in the comments of her video. She said, “for all the idiots talking negativity, let me nip this in the bud really quick. I posted my life on Instagram because I wanted to post it. There will be no negative talk on my page, or you will be blocked.” For those who were supportive of the actress, she was quick to say, “I love you, I support you, and I appreciate you.”