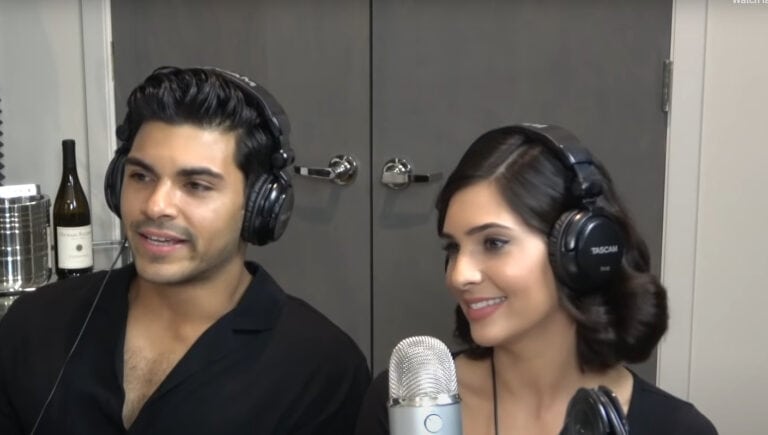 Congrats to the happy couple!

Days of our Lives’ Camila Banus (Gabi Hernandez) shared some wonderful news with her fans on Instagram today. Banus’ longtime boyfriend of 8 years, actor Marlon Aquino, with whom Banus calls her “dream man,” has asked her to marry him. And — she said yes!

The couple is with their family and friends surrounding them in Miami, Florida, celebrating their news. The actress’s obvious excitement was contagious as she told fans, “Oh my God, you guys, I’m engaged!”

Banus revealed that Aquino got on one knee and “There were tears in his eyes,” she said, adding that he popped the question at one of her favourite places in Miami, at the Pérez Art Museum.

Banus showed fans her gold diamond ring, which she wears on her right hand since it needs to be resized. Aquino revealed that the ring was custom made, and admitted that the designer called just before they left for Florida to let him know there was an issue with the ring, which damaged the ring. The designer had to start over and almost had to courier it to him. Luckily, everything worked out in the end and they now have a cute story to tell.

Later, the actress posted another note to the fans, “THANK YOU SOOOO MUCH to everyone’s best wishes for us! Thank you for all the sweet and kind comments (: we feel so loved.”

In this video from The Freddie & Alyssa Show (Days’ Freddie Smith, Sonny Kiriakis) from February 2020, the newly engaged couple talked about facing their fears, filming Days of our Lives, buying a new home, social media, and proposals. Smith gave his friends some advice since he and his fiancee Alyssa Tabit are newly engaged as well. Ironically, Aquino mentioned that both he and Banus liked the idea of doing a proposal with their family in attendance.

Congratulations to the happy couple.