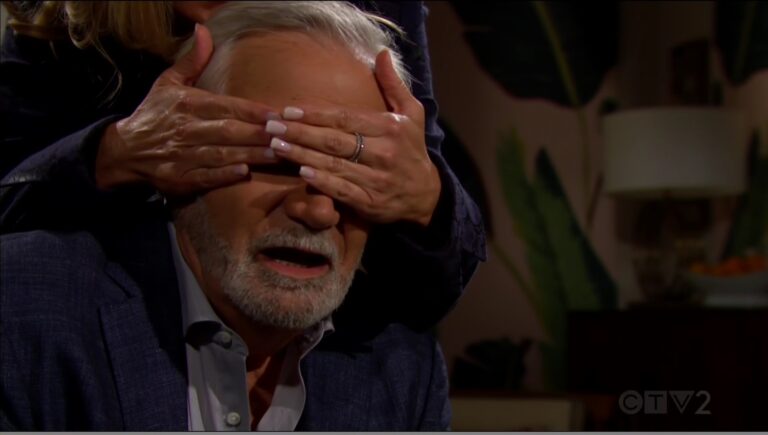 Soaps Spoilers’ full list of spoilers for B&B from Monday, May 30 to Friday, June 3.

Quinn attempts to dissuade Carter from making a foolish move with Paris.
Carter starts to think that he could have a life with Paris, since she’s into him.

Steffy wants to see Finn one last  time.
The depths of Steffy’s despair at losing Finn leads her to a new path.

Donna and Eric go at it again and she tries to keep him positive when thoughts go to Quinn.

Li urges Finn to fight for his life and get back to Steffy and Hayes.
Steffy breaks down in Liam’s arms as she says an emotional goodbye.

Li hasn’t told anyone else that Finn is alive.
Li talks to Finn, unable to believe Sheila shot him.
Taylor and Ridge tag team their daughter and try to get her to leave L.A.

Steffy begins to think it’s a good idea to leave the city.
Eric and Donna talk about how they love spending time together.
Eric doesn’t want to stop seeing Donna.

Steffy says goodbye to her parents and Liam.
Liam accepts that Steffy needs to get away.

Hope and Thomas talk about Steffy leaving L.A.
Thomas tells Hope that he and Douglas love her.

Taylor and Ridge hug when she becomes upset that her kid is leaving town.
Finn’s fingers move!

Unable to contain his feelings, Carter professes his love to Quinn.
Ridge intervenes when Taylor and Brooke bicker. Sort of.

Eric waits while Donna’s in a traffic jam.
Deacon talks to Brooke about Sheila ruining her life.

Deacon offers Brooke reassurance after her failed attempt with Ridge.
Donna takes Eric on a trip down memory lane before making a stunning request.

Eric manages his entanglement with Donna while married to Quinn.
Brooke surprises Ridge with a late-night visit and a plea to reunite.