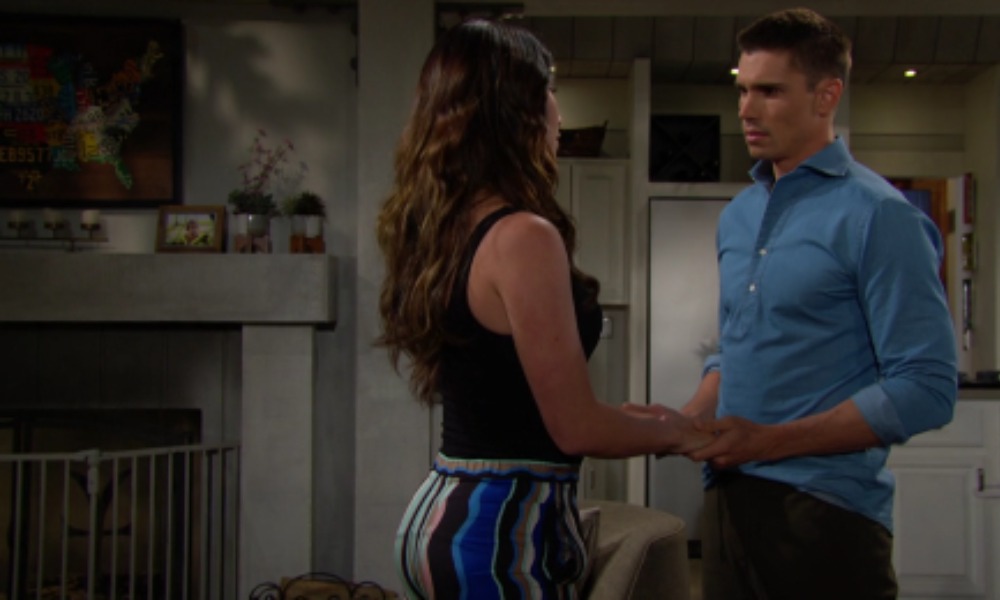 Finn gets emotional when Sheila suddenly faints.
Eric gains a new perspective while eavesdropping on Shauna and Quinn.

Zende receives an unexpected earful from Paris about Steffy and Finn.
Things become tense when Steffy accuses Sheila of faking her illness.

Zende attempts to get Paris to admit that she is crushing on Finn.
Sheila ups the ante with Steffy by showing her the emoji text Finn sent.

Eric spots Quinn and Carter having an intimate conversation.
Sheila’s plot to wreaks havoc between Steffy and Finn is fully in motion.

Eric romances Quinn with dinner and a dance.
Torn between the two, Finn makes a big decision about his birth mother and his wife.

The Quinn, Eric and Carter story hasn’t ended but there’s a twist coming this fall that will raise eyebrows. It hasn’t been done in daytime and will be controversial.

A mystery person is headed in Liam and Hope’s direction to add challenges to their marriage and family. It’ll be a shocker. There’s more drama coming involving a character that will return to the show.

Paris will have not just Zende interested in her. She’ll have others. They’re gearing up for a new chapter and a story for Diamond White that’ll involve Steffy and Finn and a few others.

Thomas gets a new love interest.

Justin will be seen more this fall in a whole different arena within the story of the show.

Katie and Bill are determined to work their way back to each other. Bill will make some moves in his determination to win her back.

Brooke has a deep suspicion and concern regarding Quinn, who she deems isn’t good enough for Eric. She’ll be involved in their story.

Sheila’s determined to be a part of her son’s family and Steffy wants her gone. Her marriage is being put to the test. Sheila will use Jack’s secret over him and he doesn’t want Li to find out.